This commission in 2007 at St Thomas Mores’s School in Bedhampton, Hampshire was to celebrate their 50th anniversary and occupied two areas at the school. The first area, featuring a space theme, was in the school playground where the pupils were given a subject of how they saw their school in the distant future. The other mural, leading up to the school entrance, featured a woodland image with local native wildlife including rabbits, foxes, deer and squirrels. 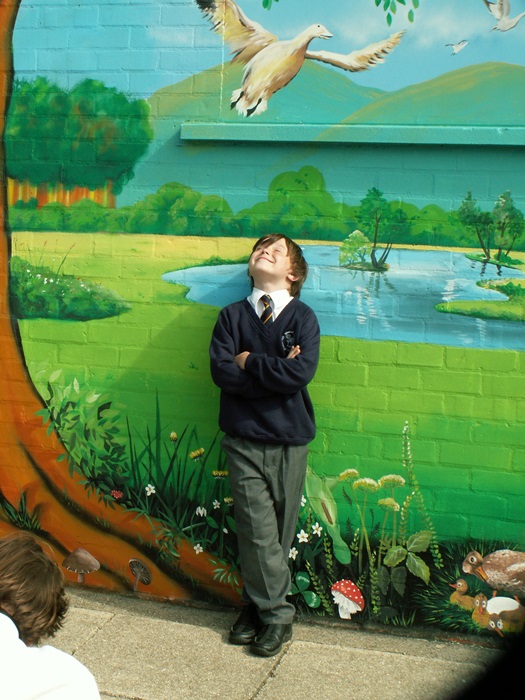 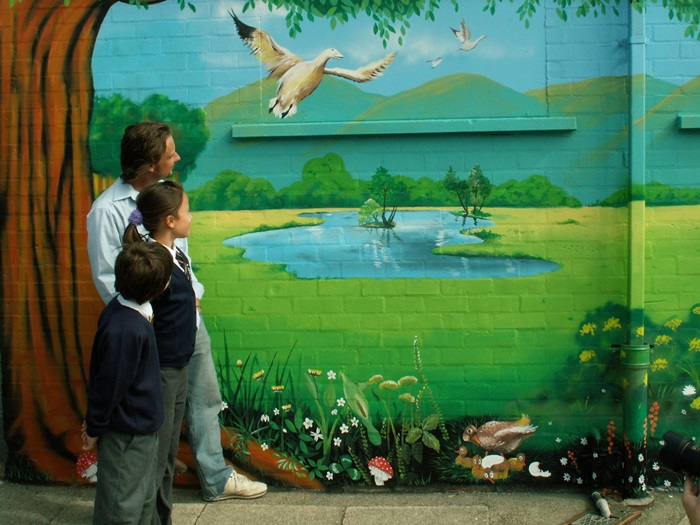 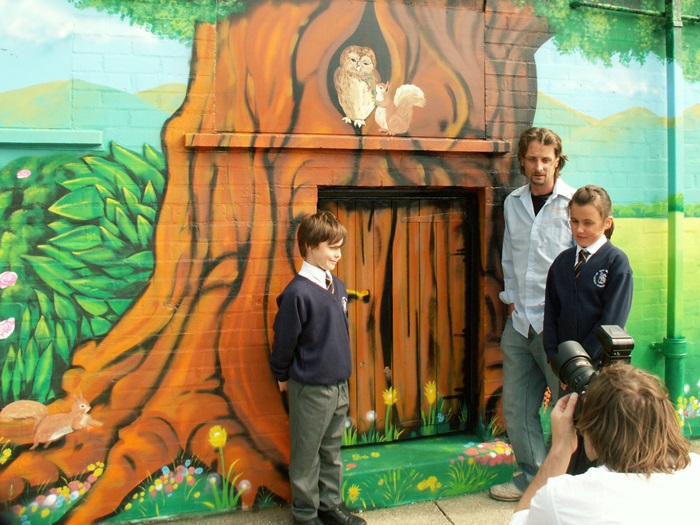 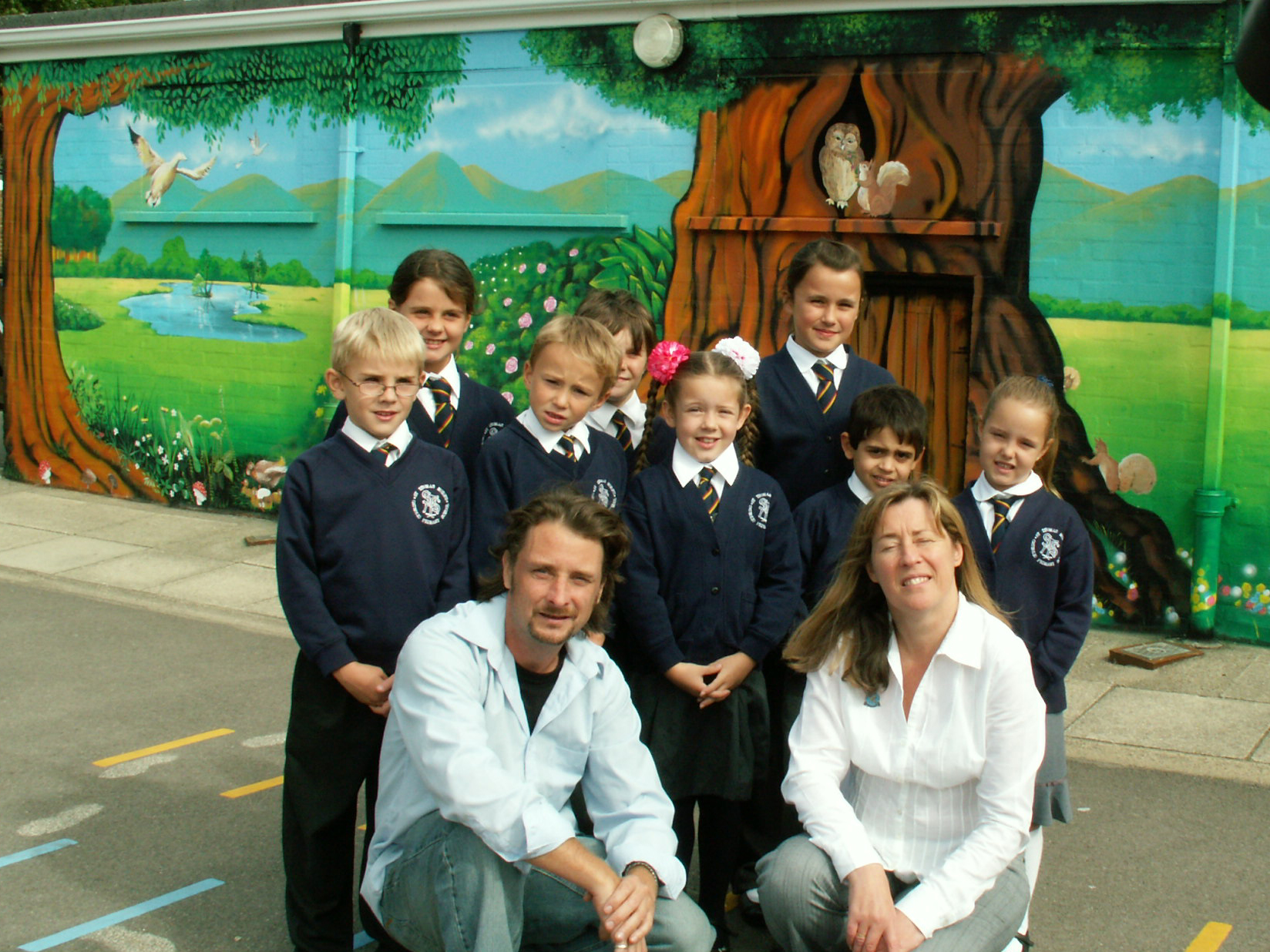 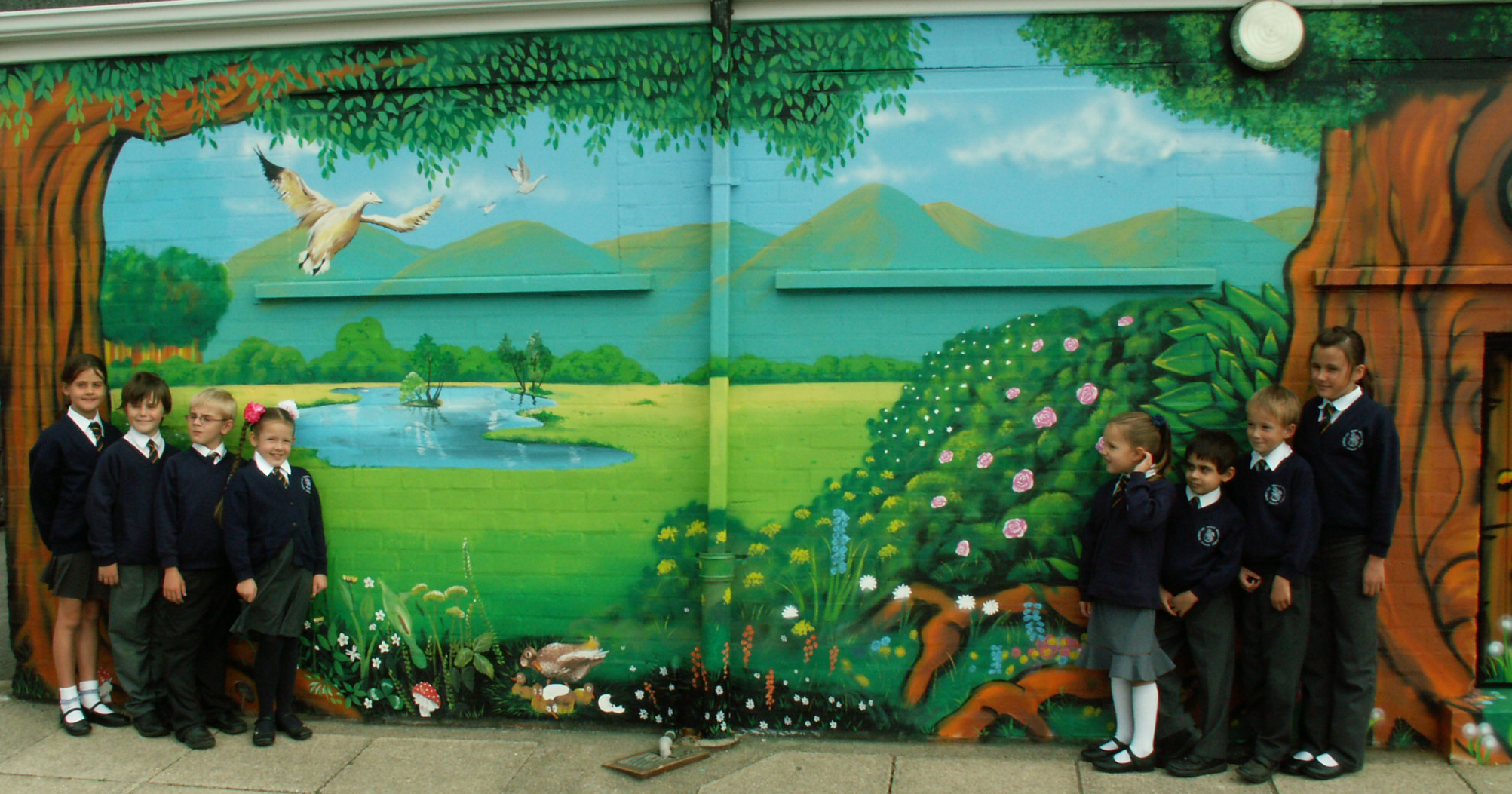 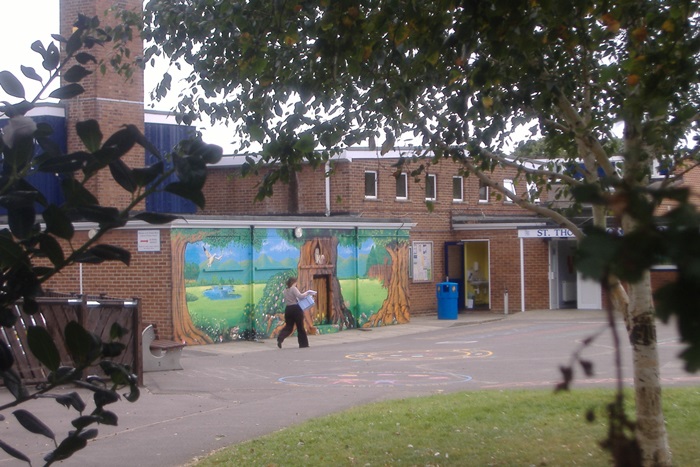 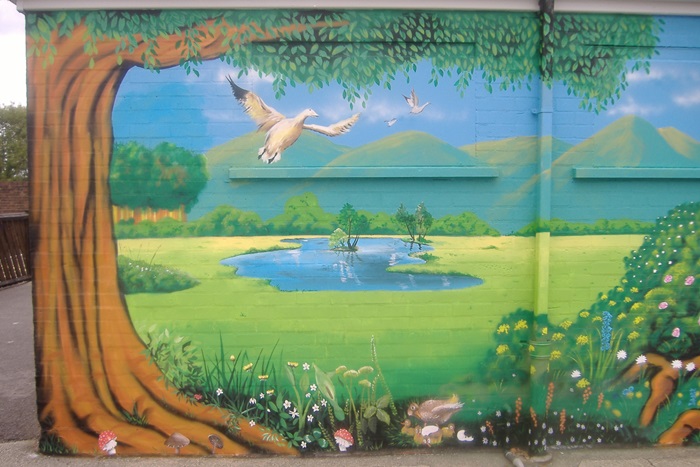 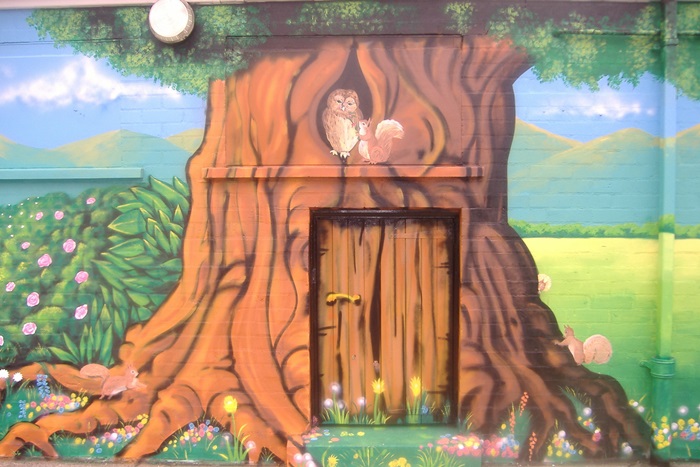 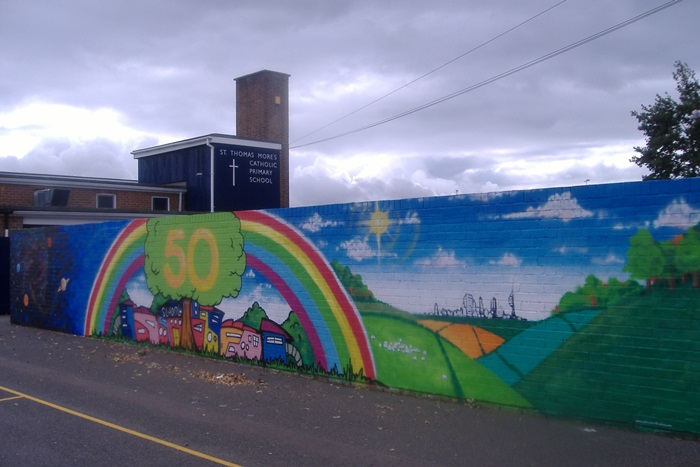 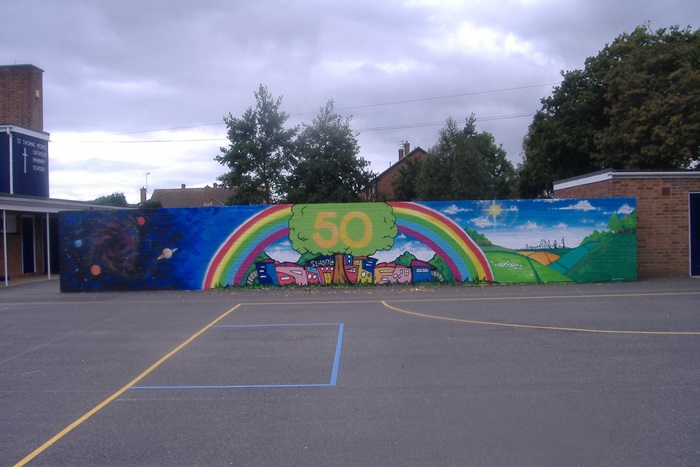 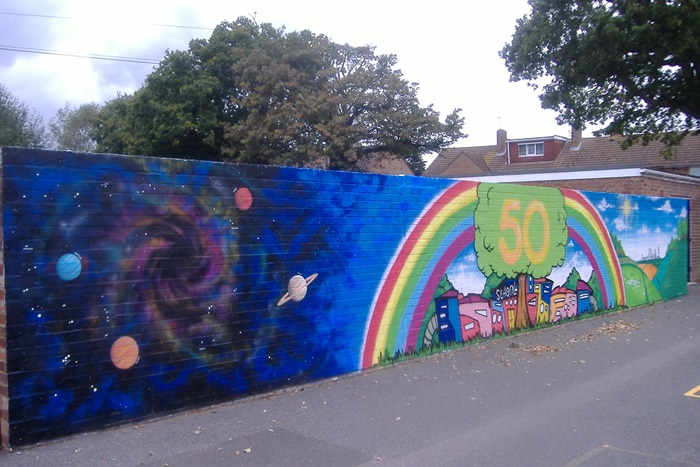 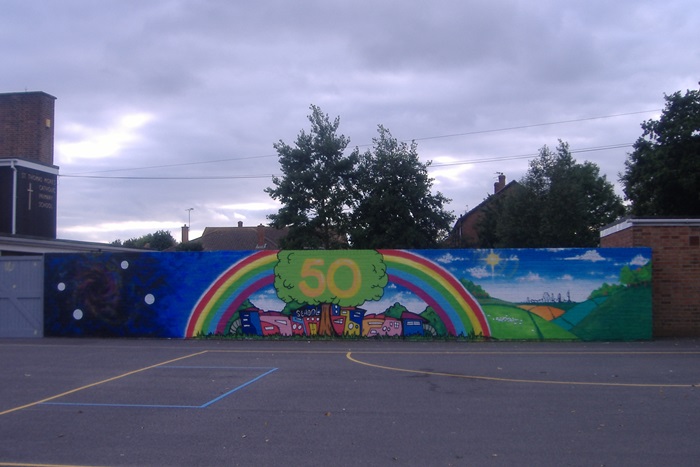 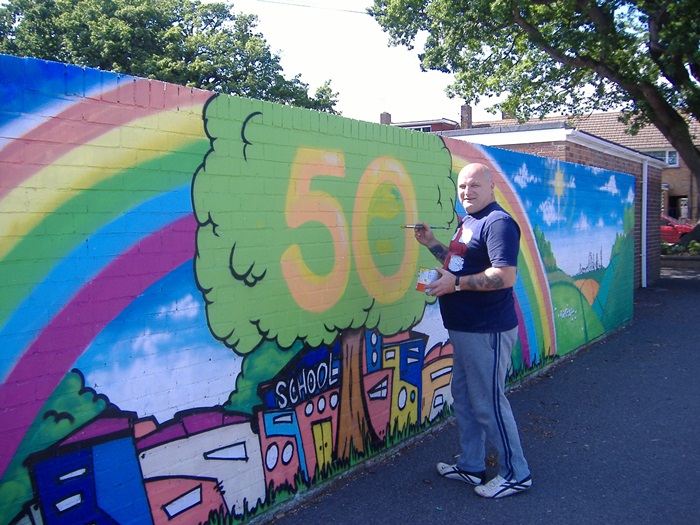