David commissioned this mural for his wife Sharron’s  41st? birthday present to paint a trompe l’ oeil mural effect on their balcony at their home in Southsea, England. When Sharron saw the dogs pictorials on the Mews garage murals just over the road Sharron flippantly suggested the idea to her husband who surprisingly took notice and actually proactively commissioned the mural by Mark Lewis in July 2018 with the archway, flower decorations and local seafront scene with personal pets and family members. 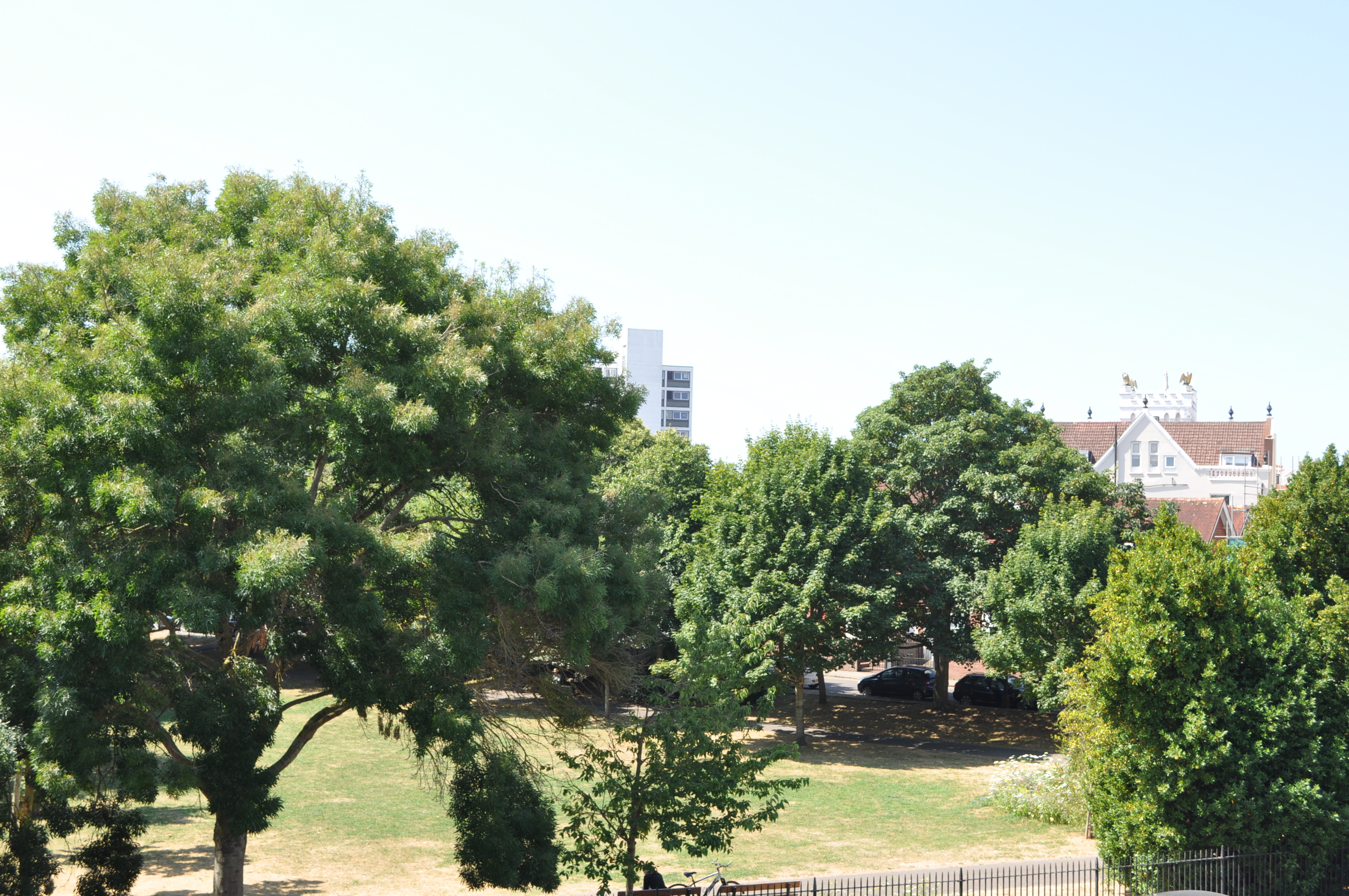 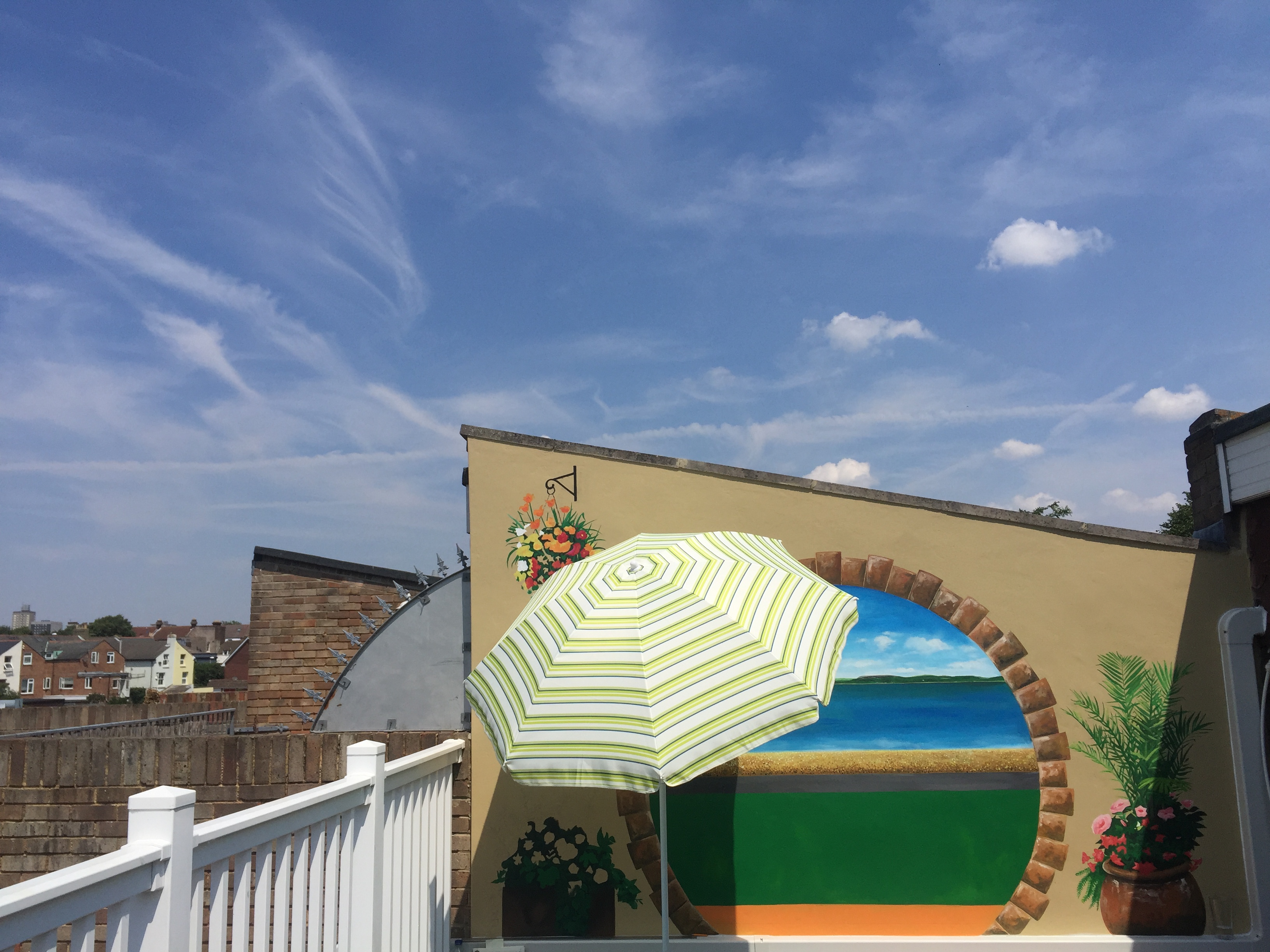 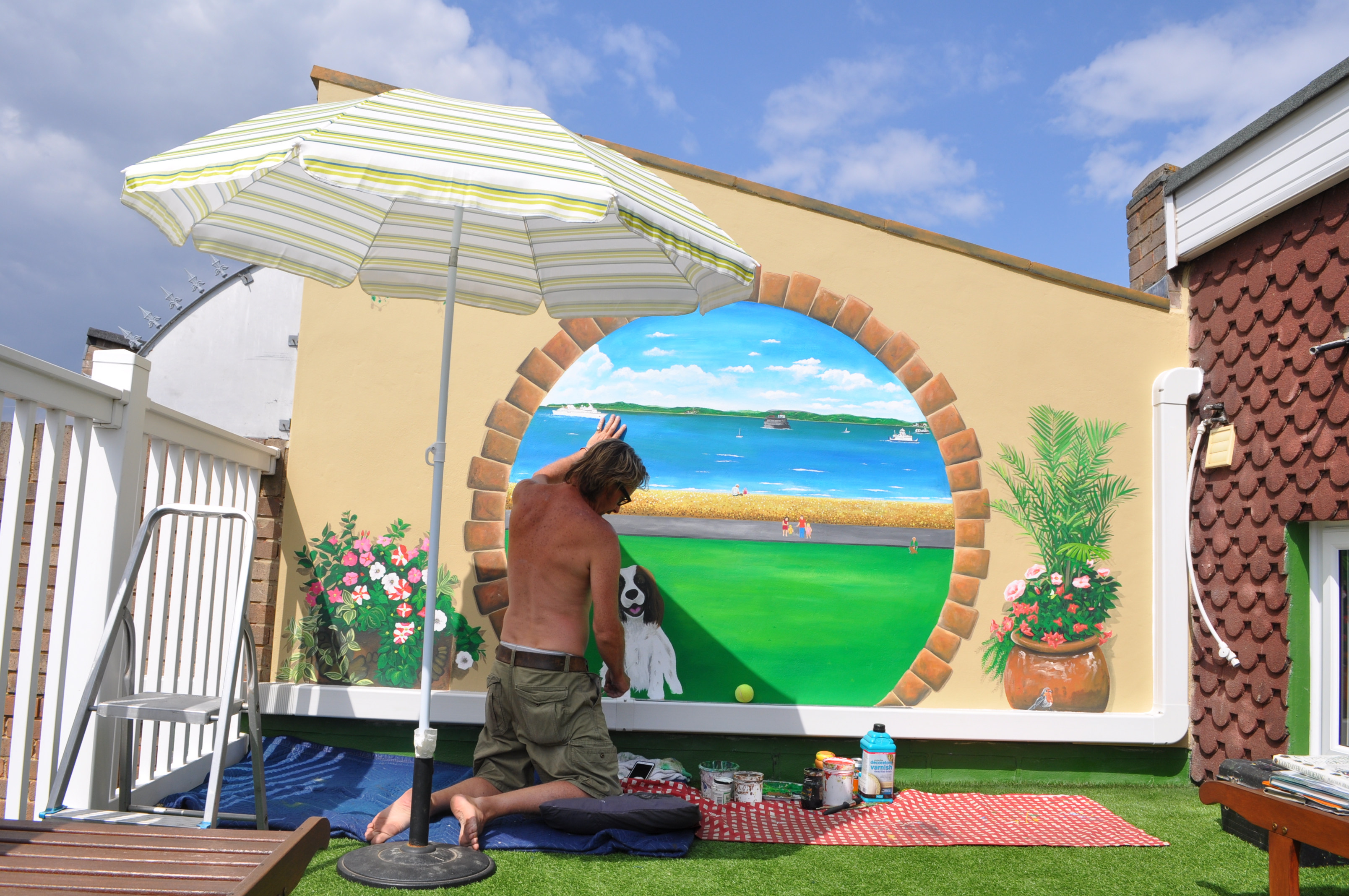 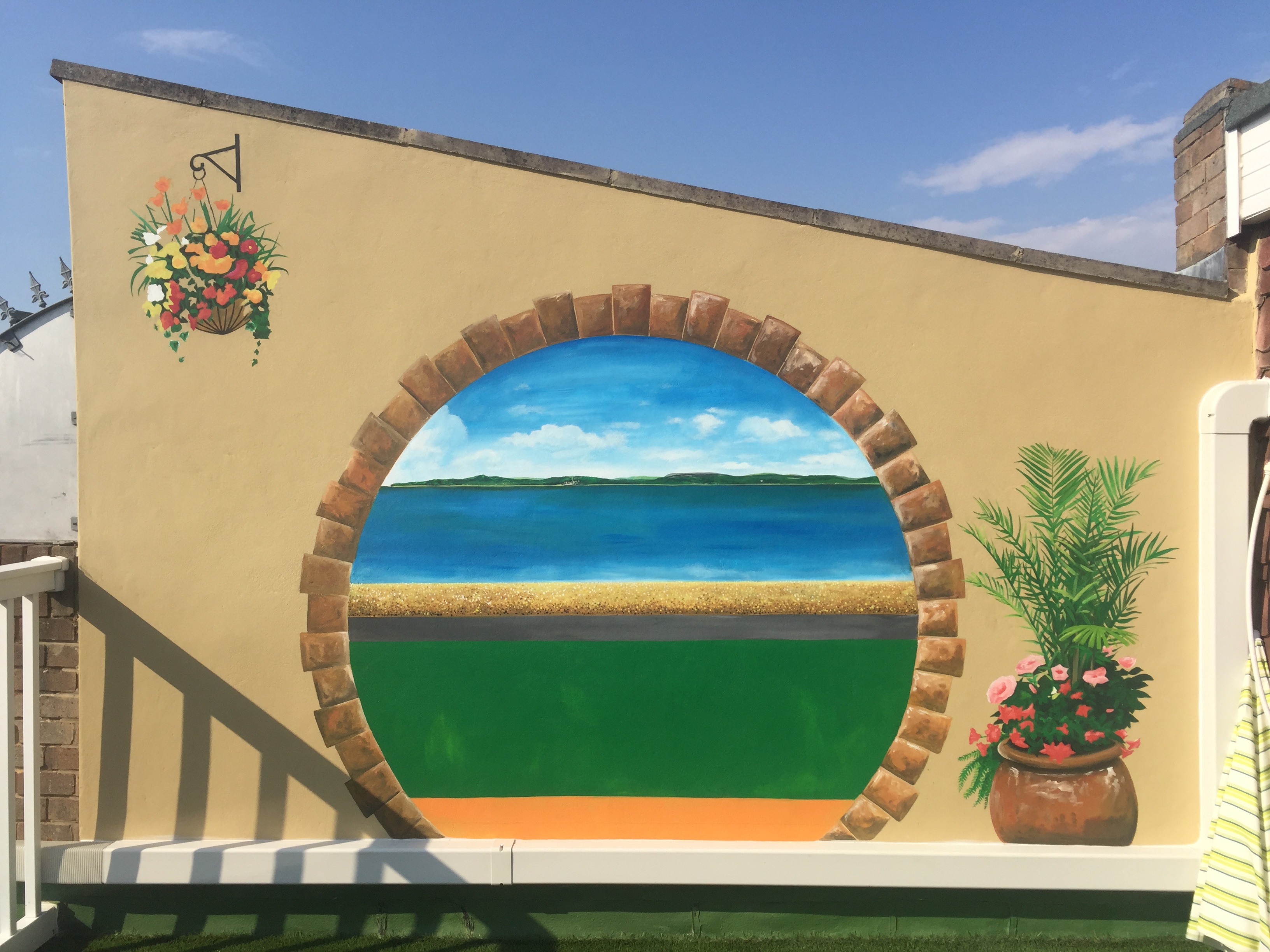 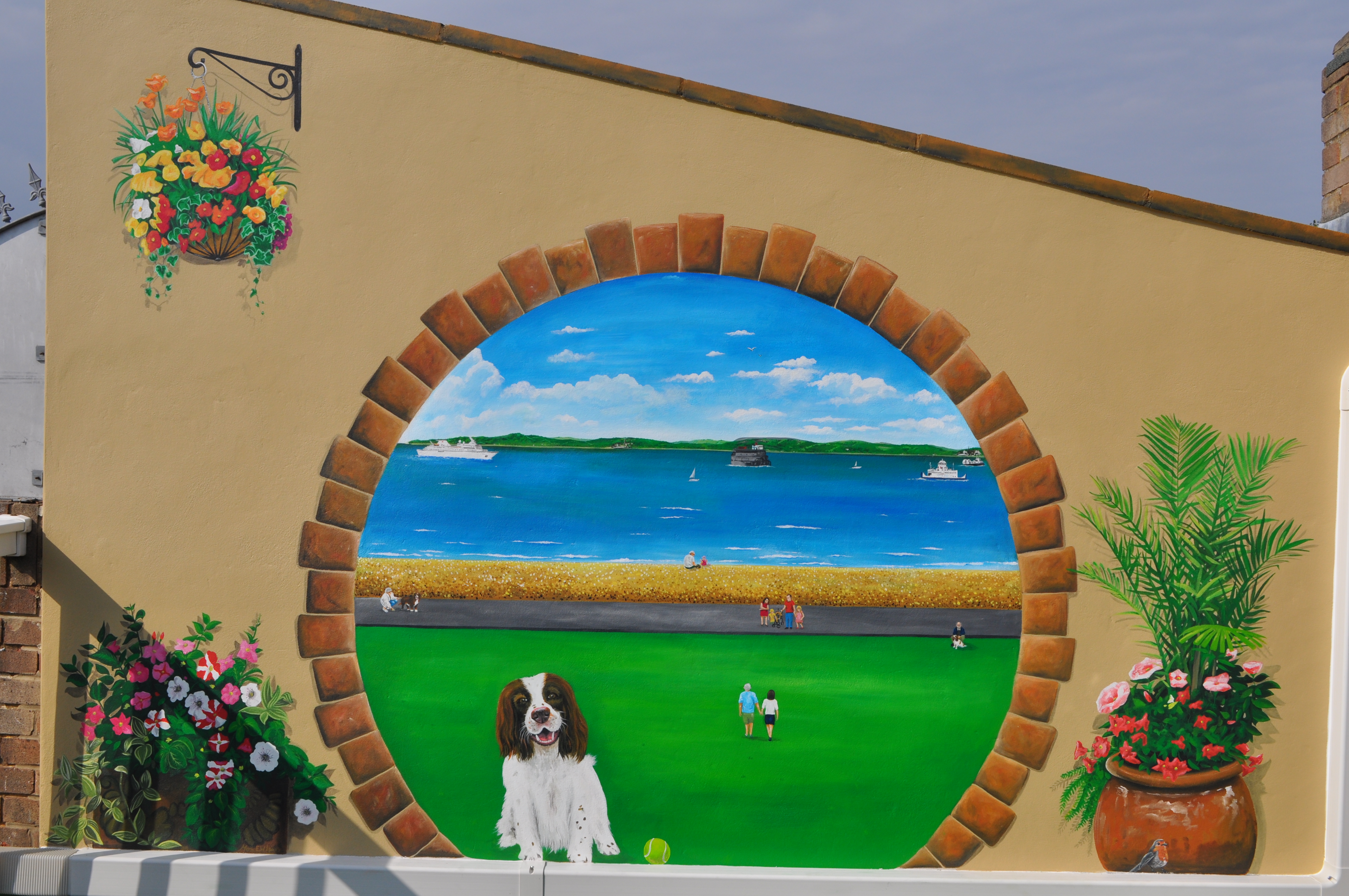 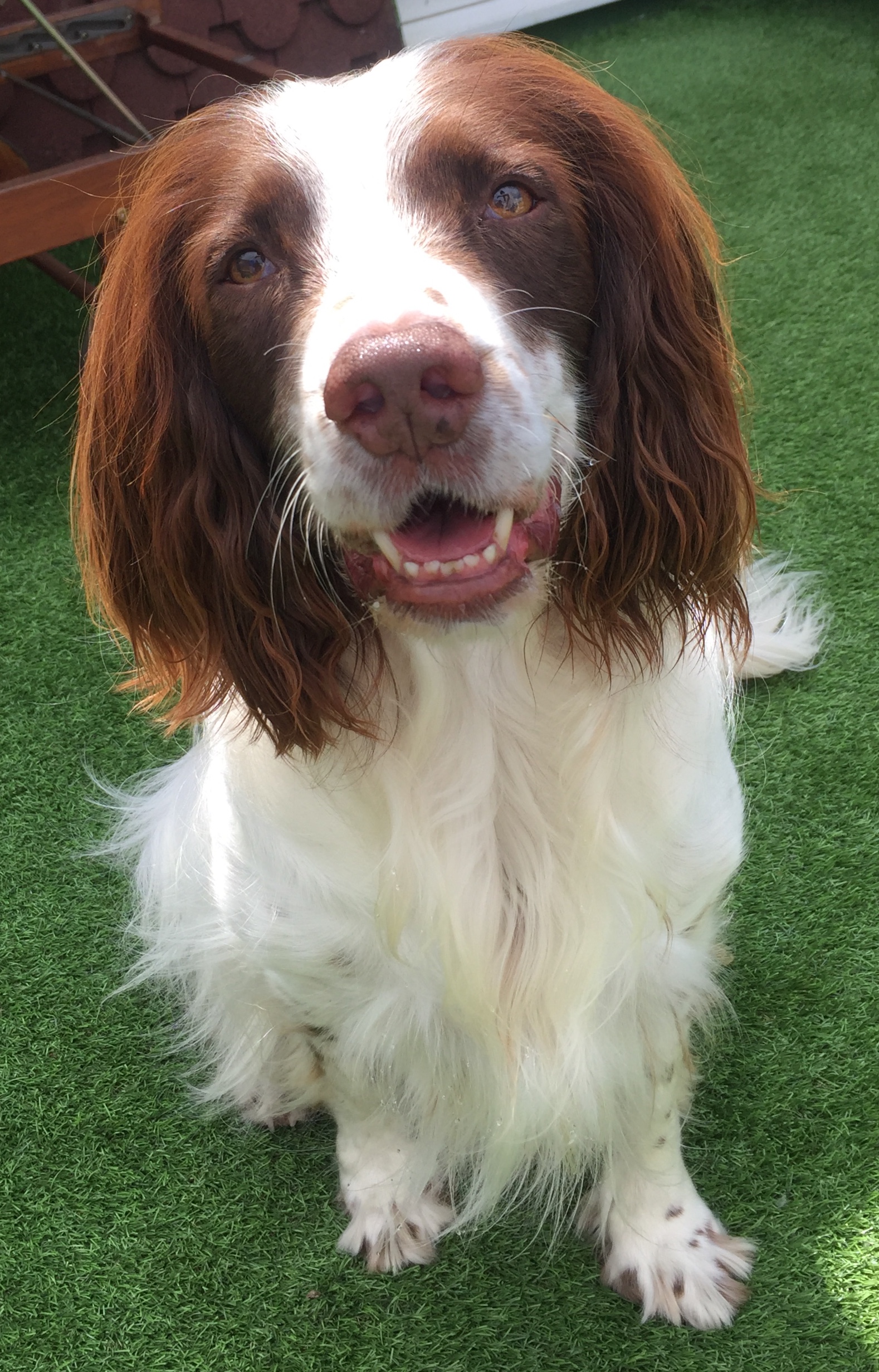 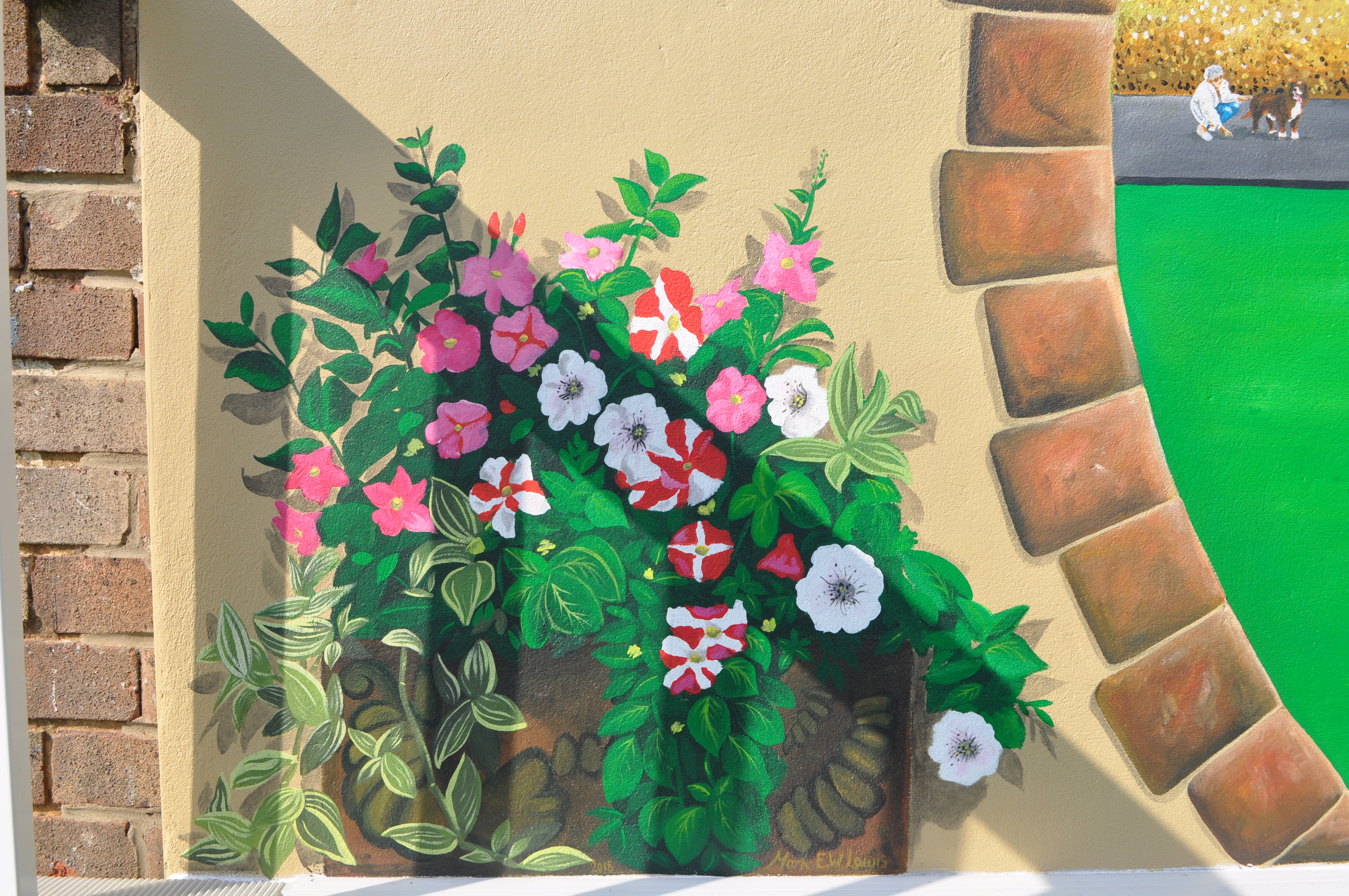 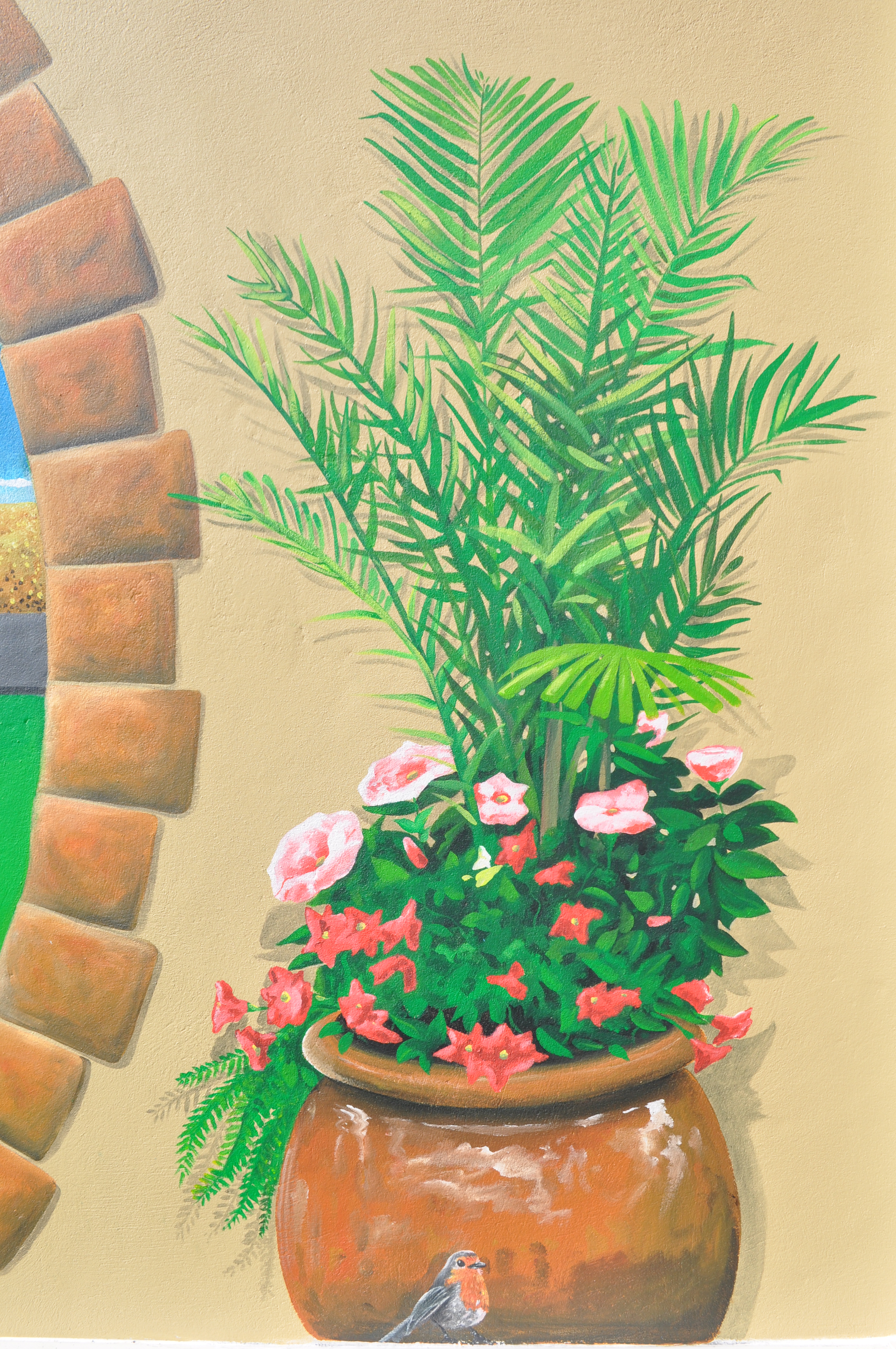 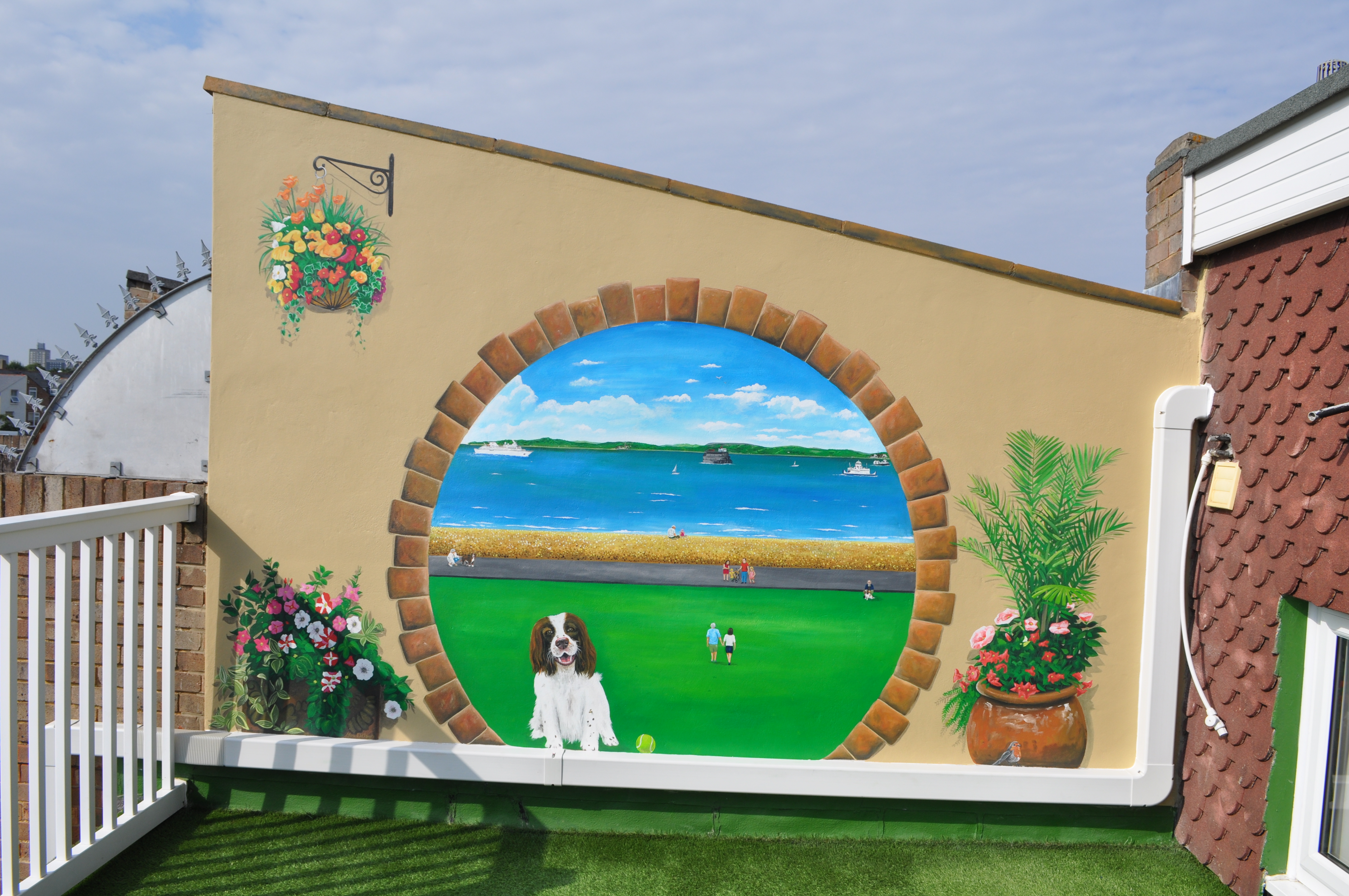 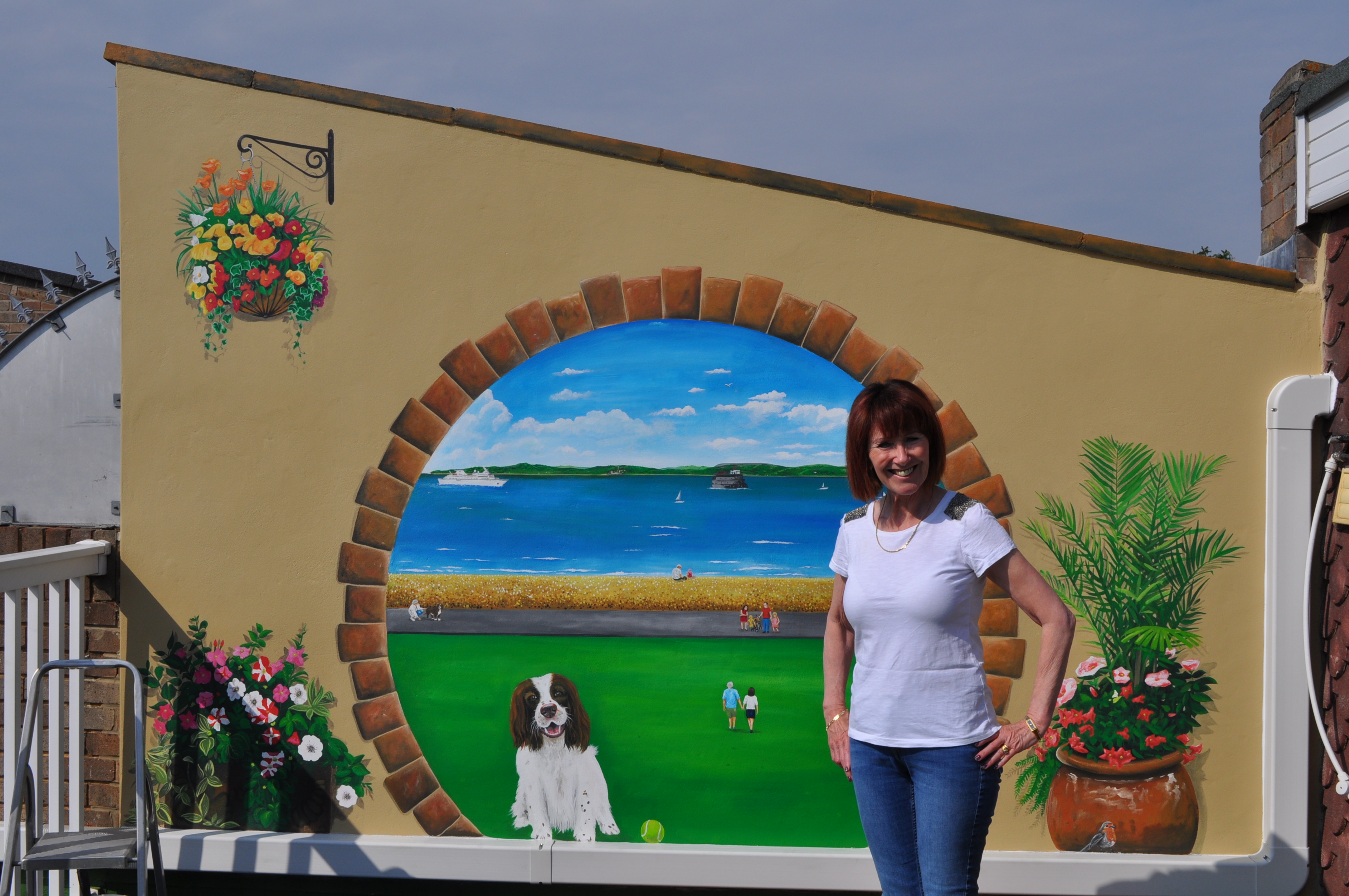 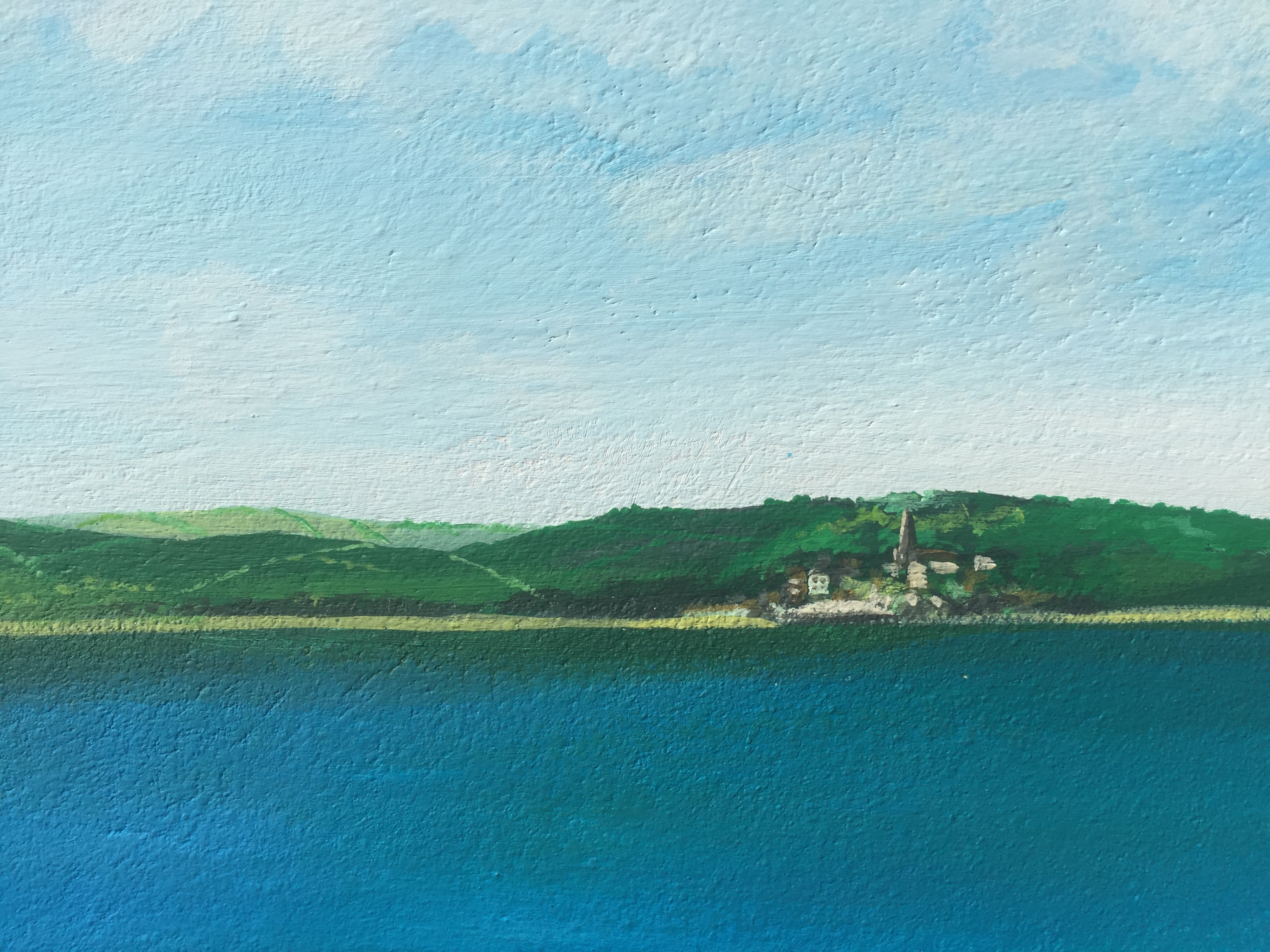