The first mural in 1994 was my first major public art after four years of being a self-employed Muralist and Decorative artist yet I was mainly painting interiors of shops, bars, children’s bedrooms, and nightclub deco.

I originally approached the owner Martin Evans as my sister lives opposite with an idea of mural continuing the shop facades window display. At first, he was not keen to have the mural painted but after constant bad graffiti on his newly painted white wall, he decided to give it a try.

It turned out to be one of the best things he had done in his life, he said to Mark years after as it raised his kudos with the local community and became a local landmark for visitors when directed turn left at the mural but also his trade when up by 35%.

The idea to use a Jungle Book theme was to engage with the local youth who were vandalising the wall. When I was painting in the summer heat I was constantly told by passersby that it was great but it will not last 5 minutes with the kids who lived around there in one of the most disadvantaged areas in the country. Hearing this negativity sometimes 30 times a day does get a bit disheartening but I still persevered and finished the wall in a couple of weeks and towards the end of the project I involved the local kids who hung around nearby, by letting them help with the finishing touches to the mural.

On the unveiling we played Jungle Book songs and celebrated the first community art mural in Portsmouth. The mural was free from graffiti for many years and when there was an incident it was dealt with locally and letters wrote to the local paper in outrage and it never happened again.

Buildings of the World

After six years the render of the wall started to decay and the mural started to look weathered so we decided on a new design theme of the most famous iconic buildings in the world as the shop was an estate agent.

Sadly the whole site was developed in 2011 and the wall was destroyed with it. 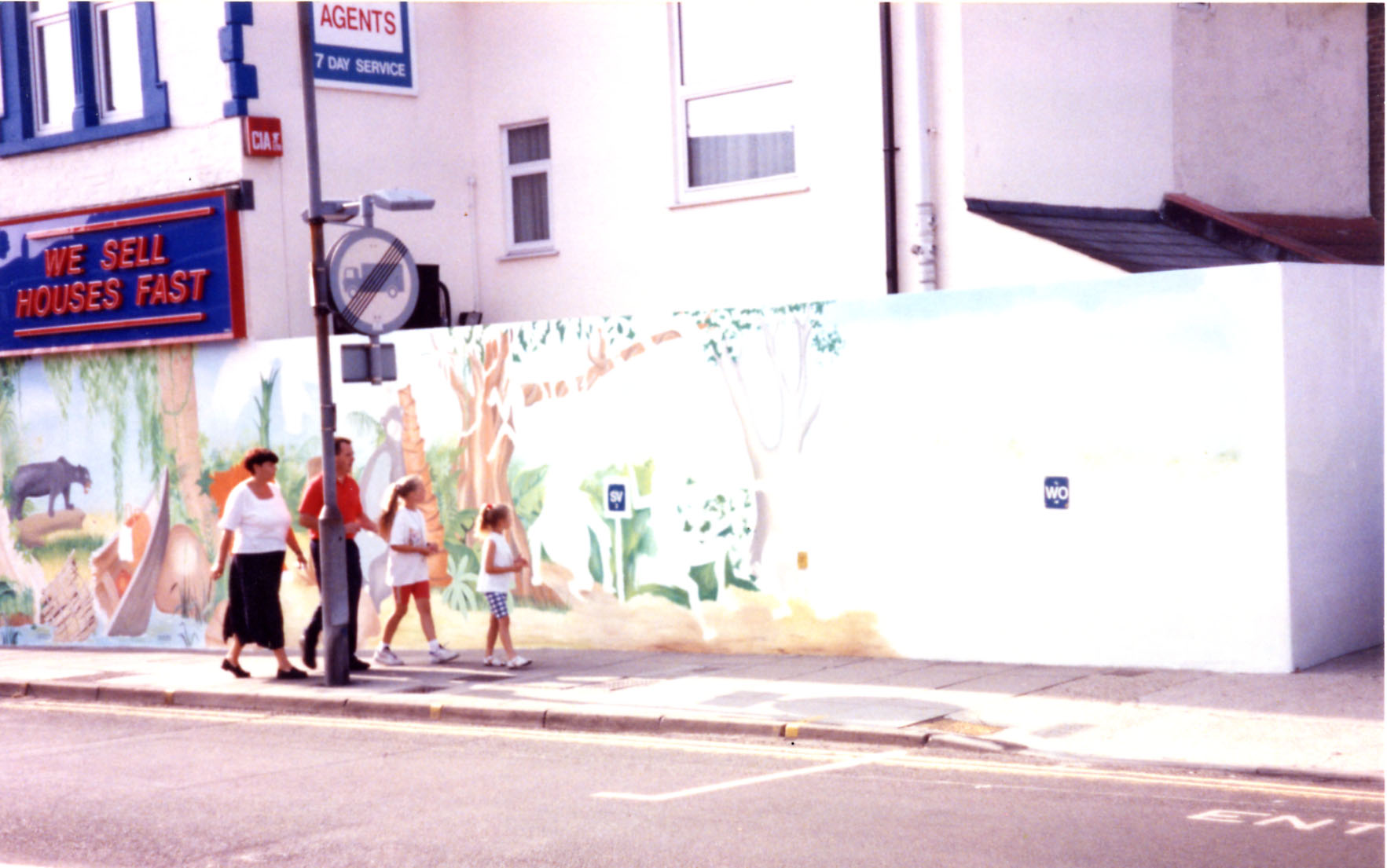 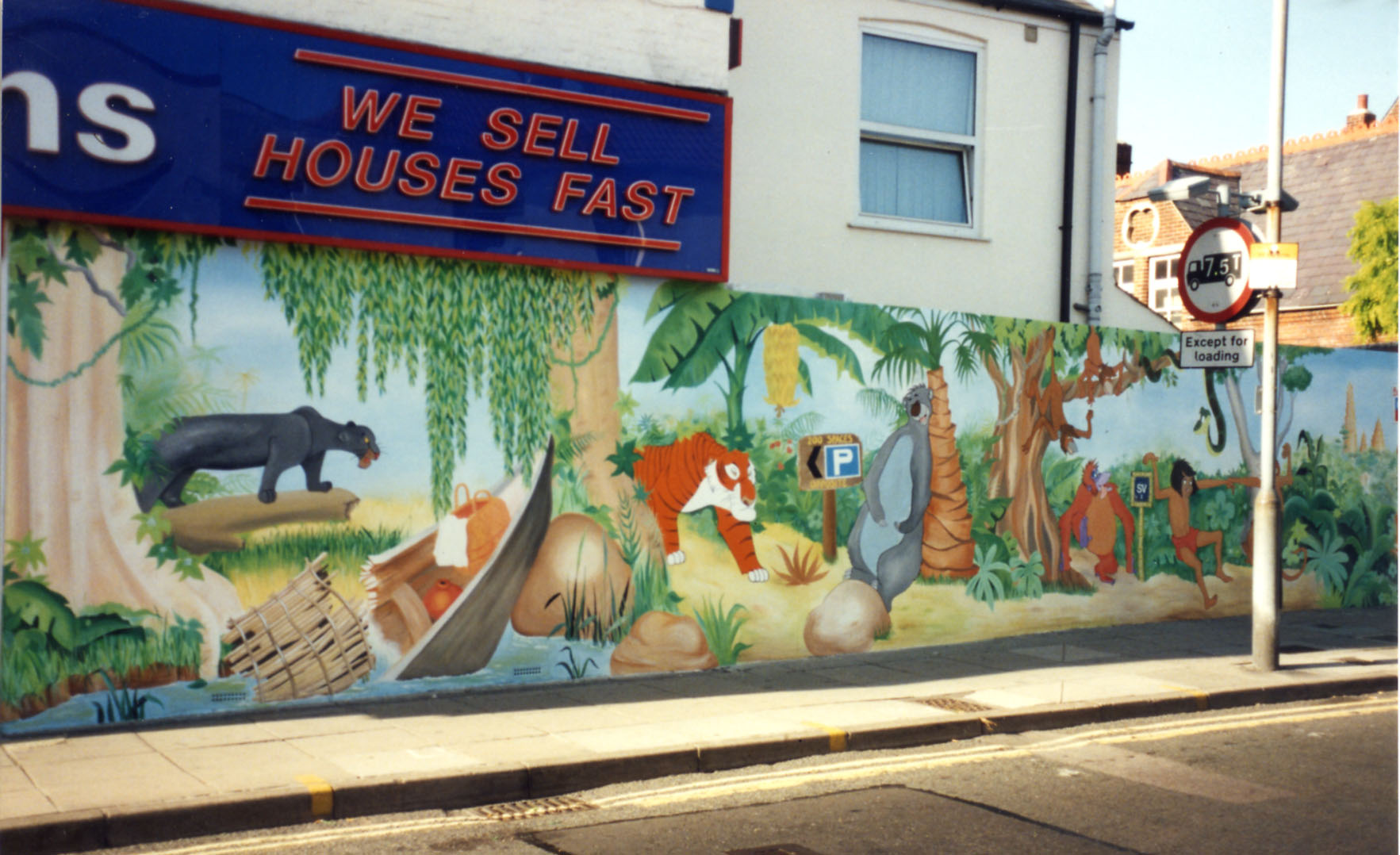 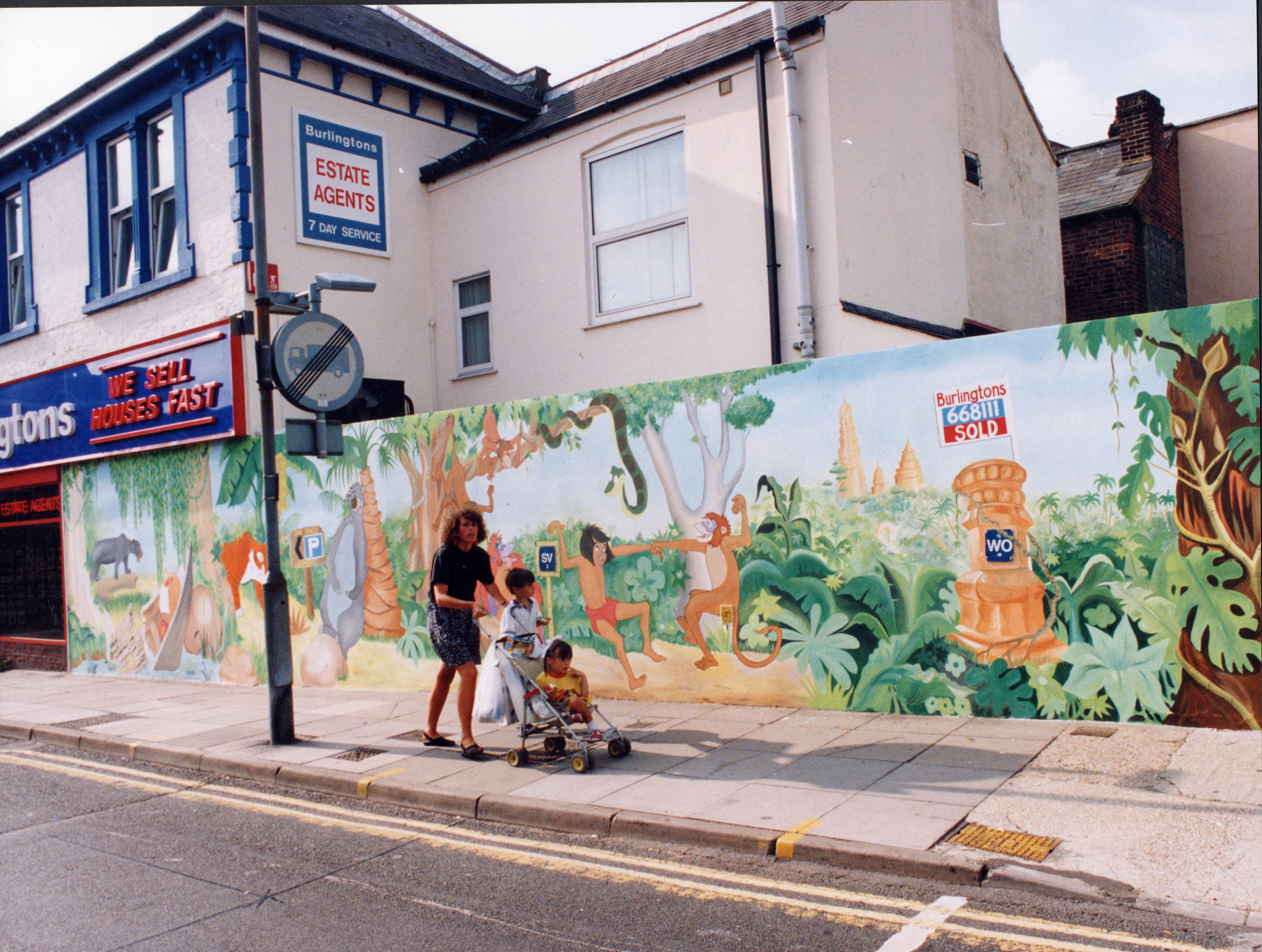 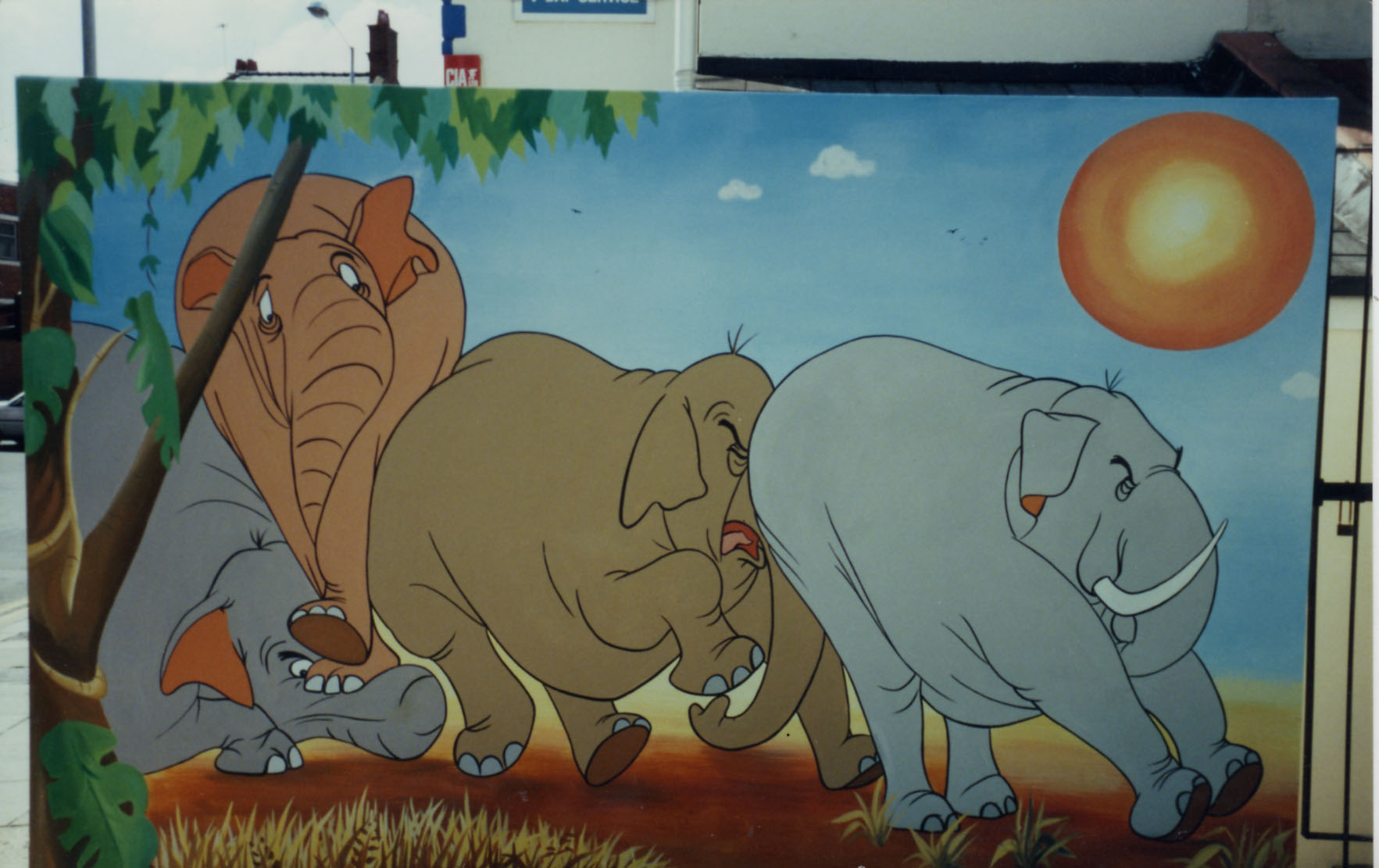 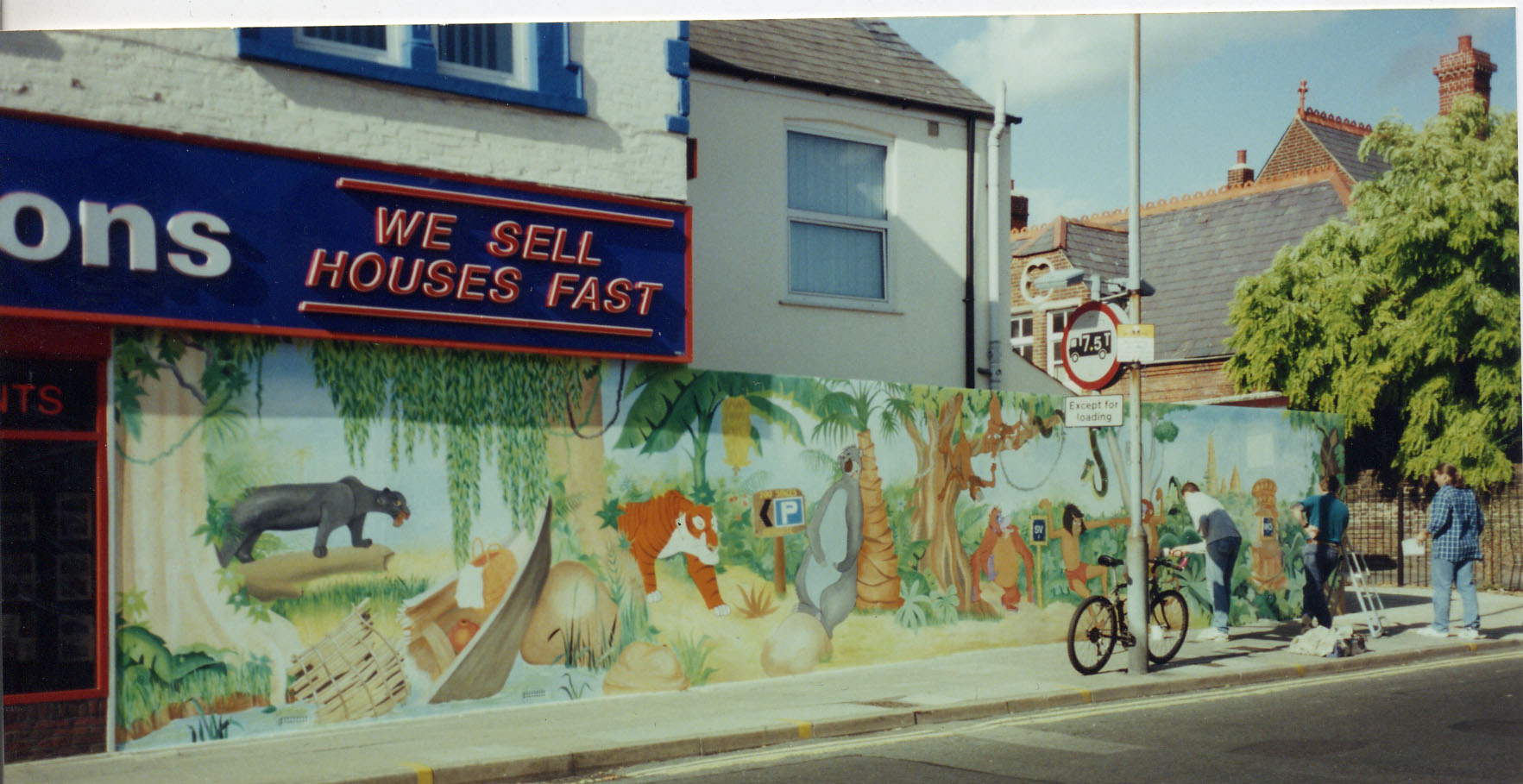 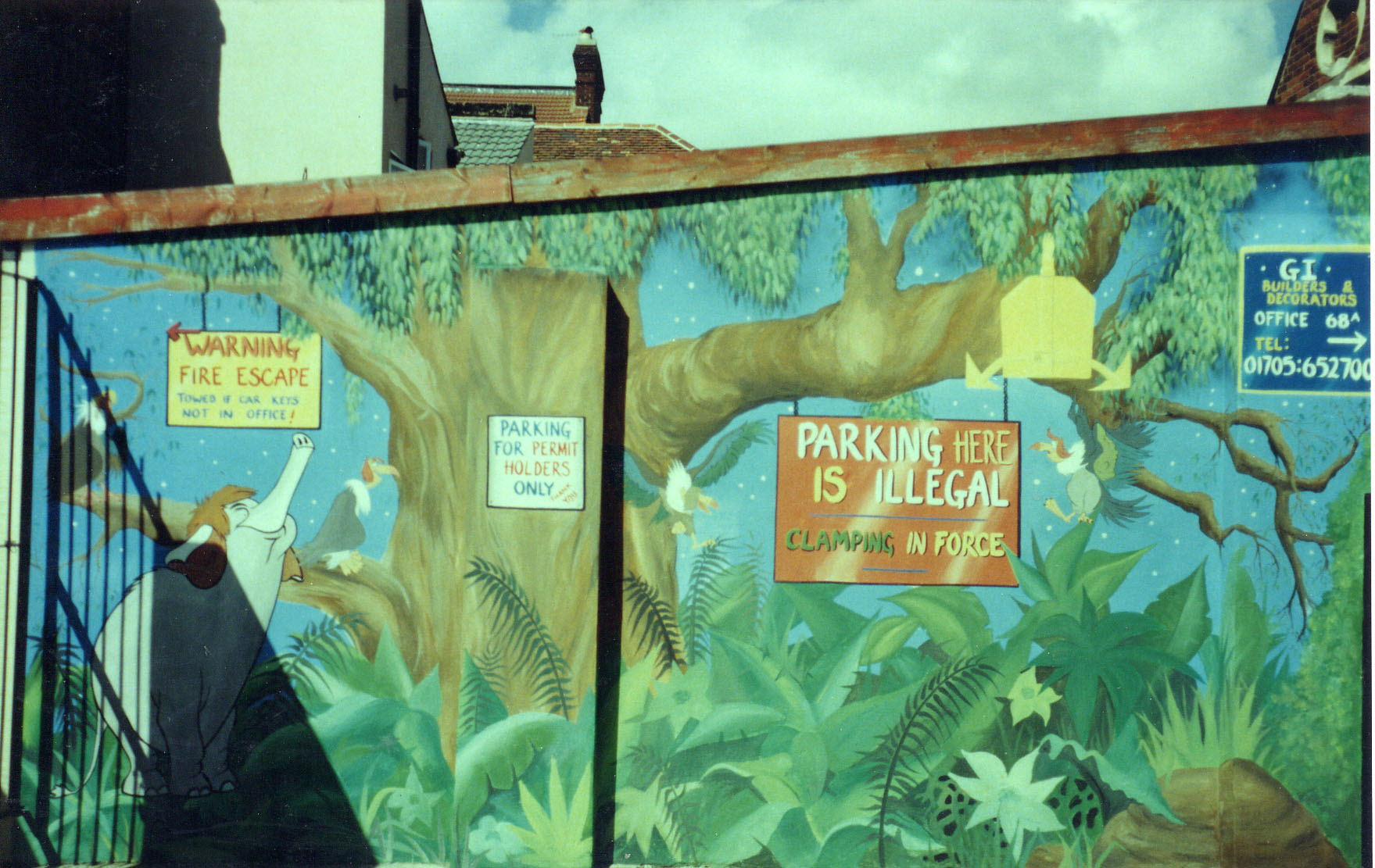 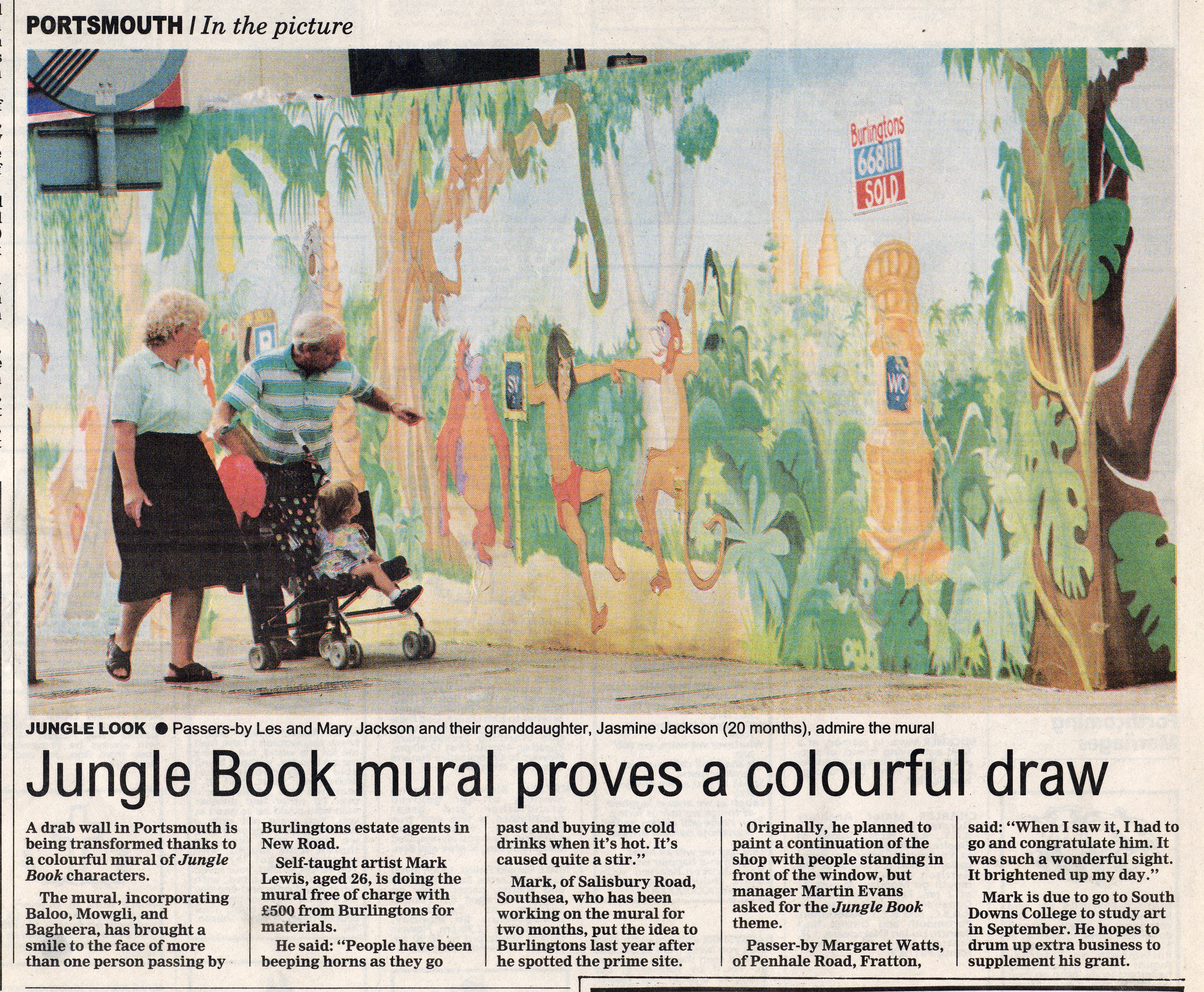 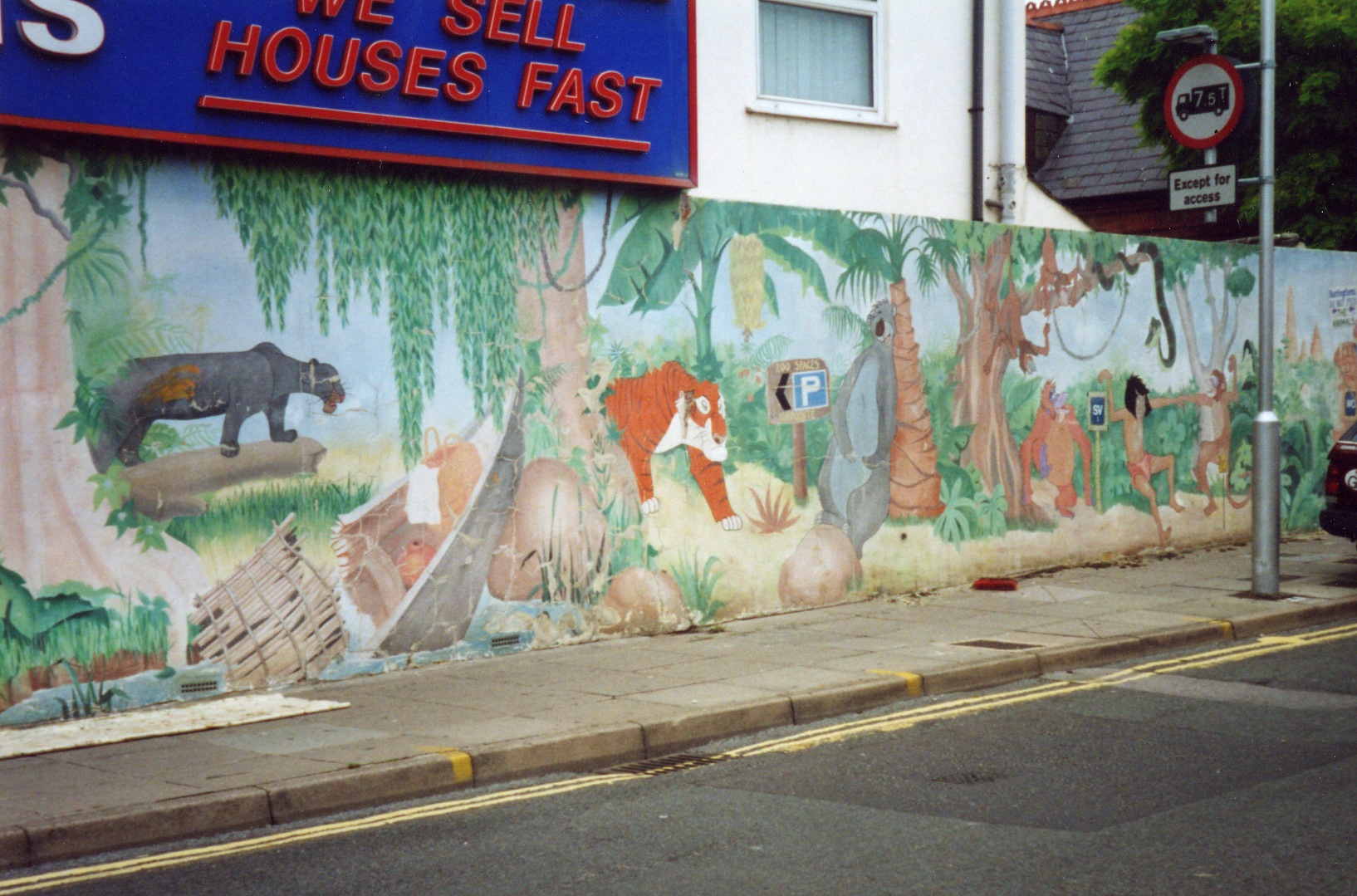 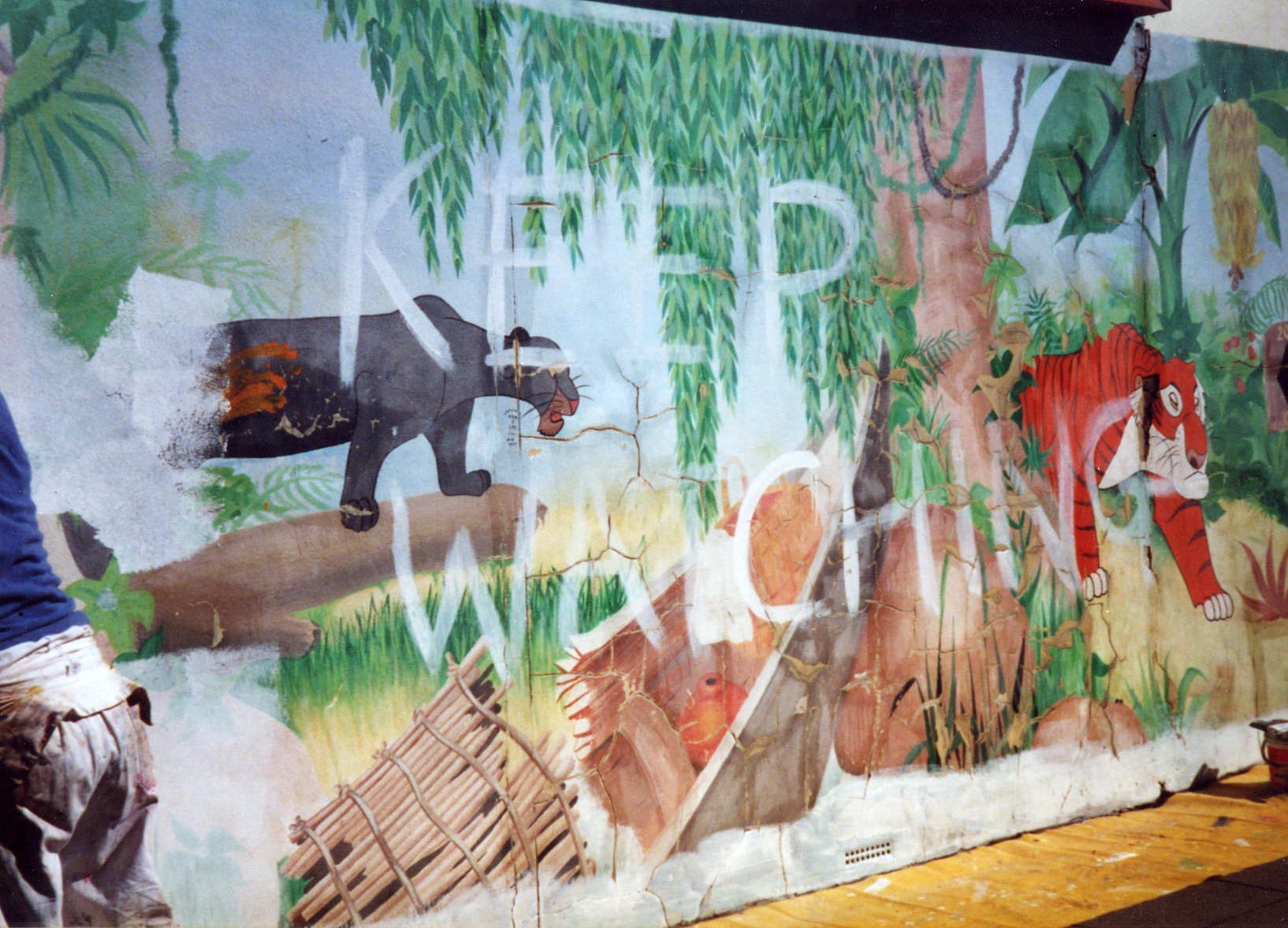 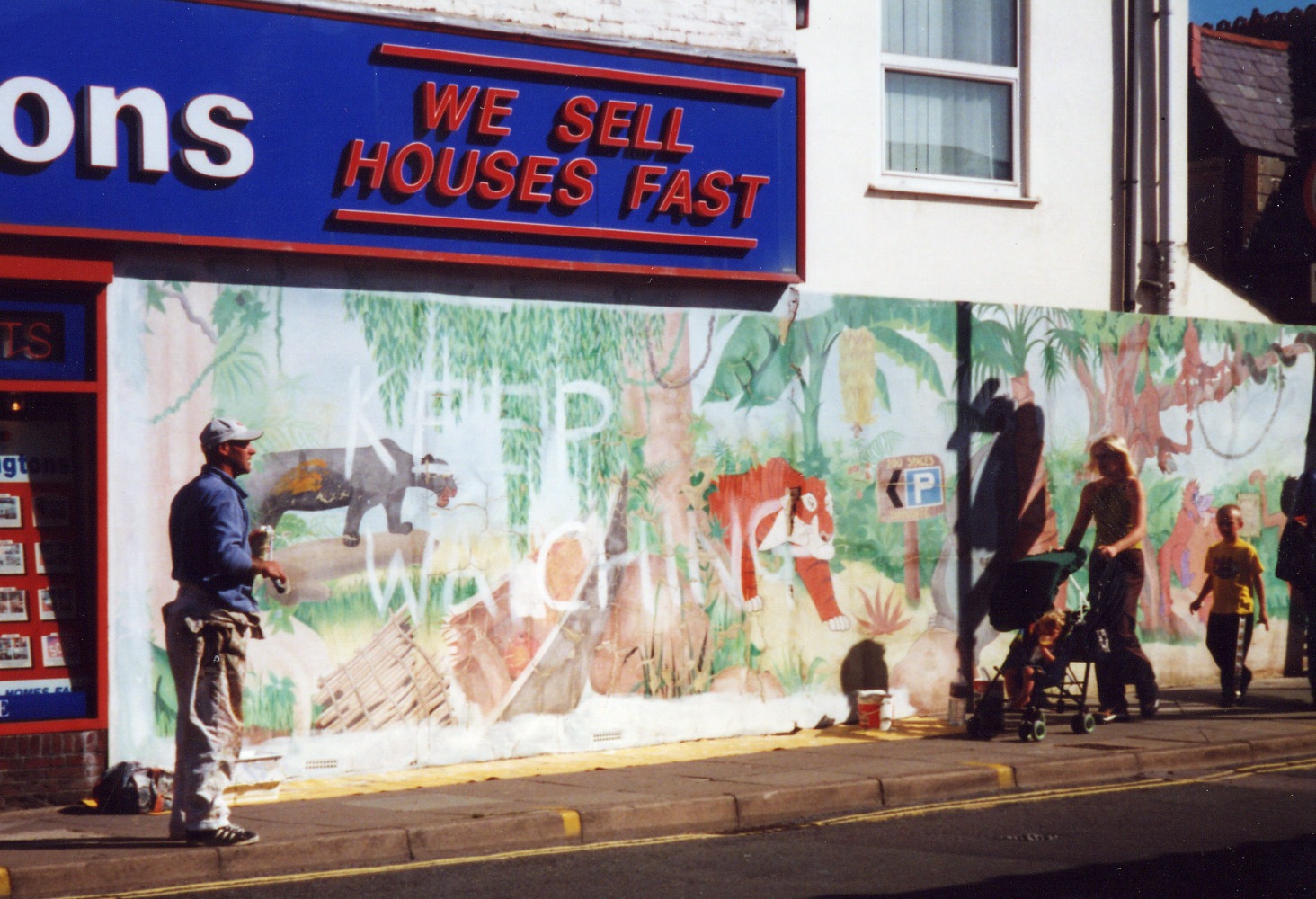 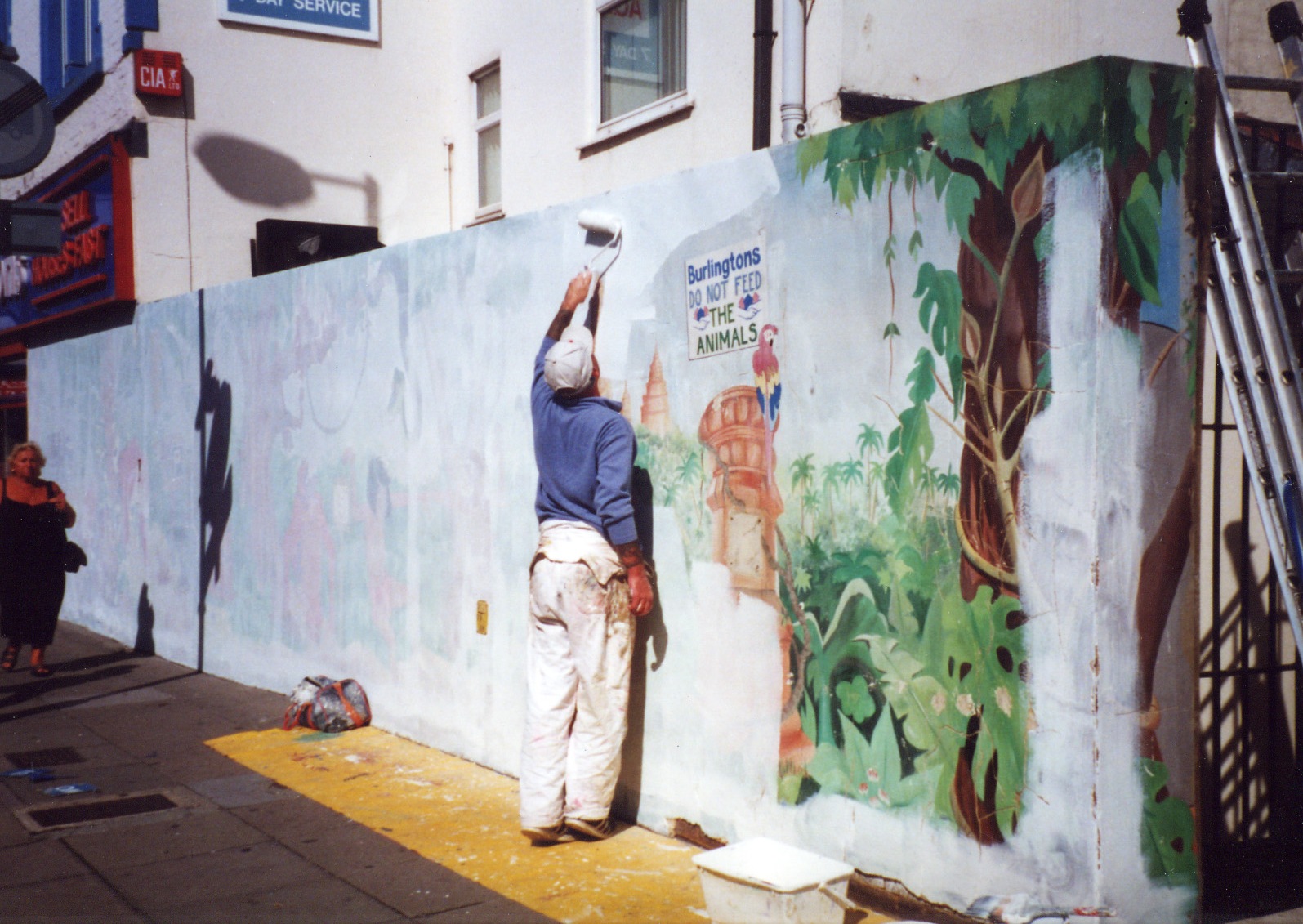 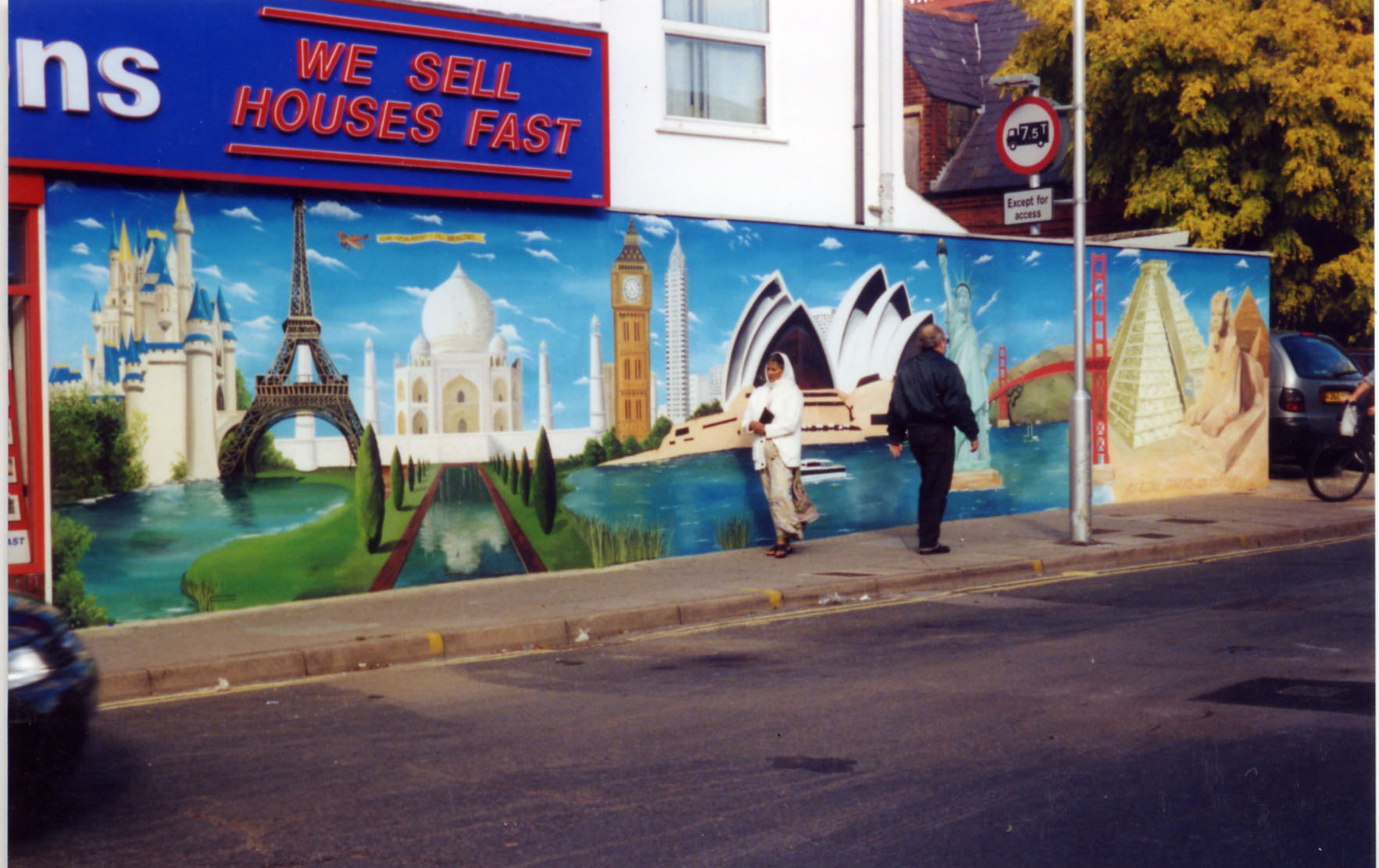 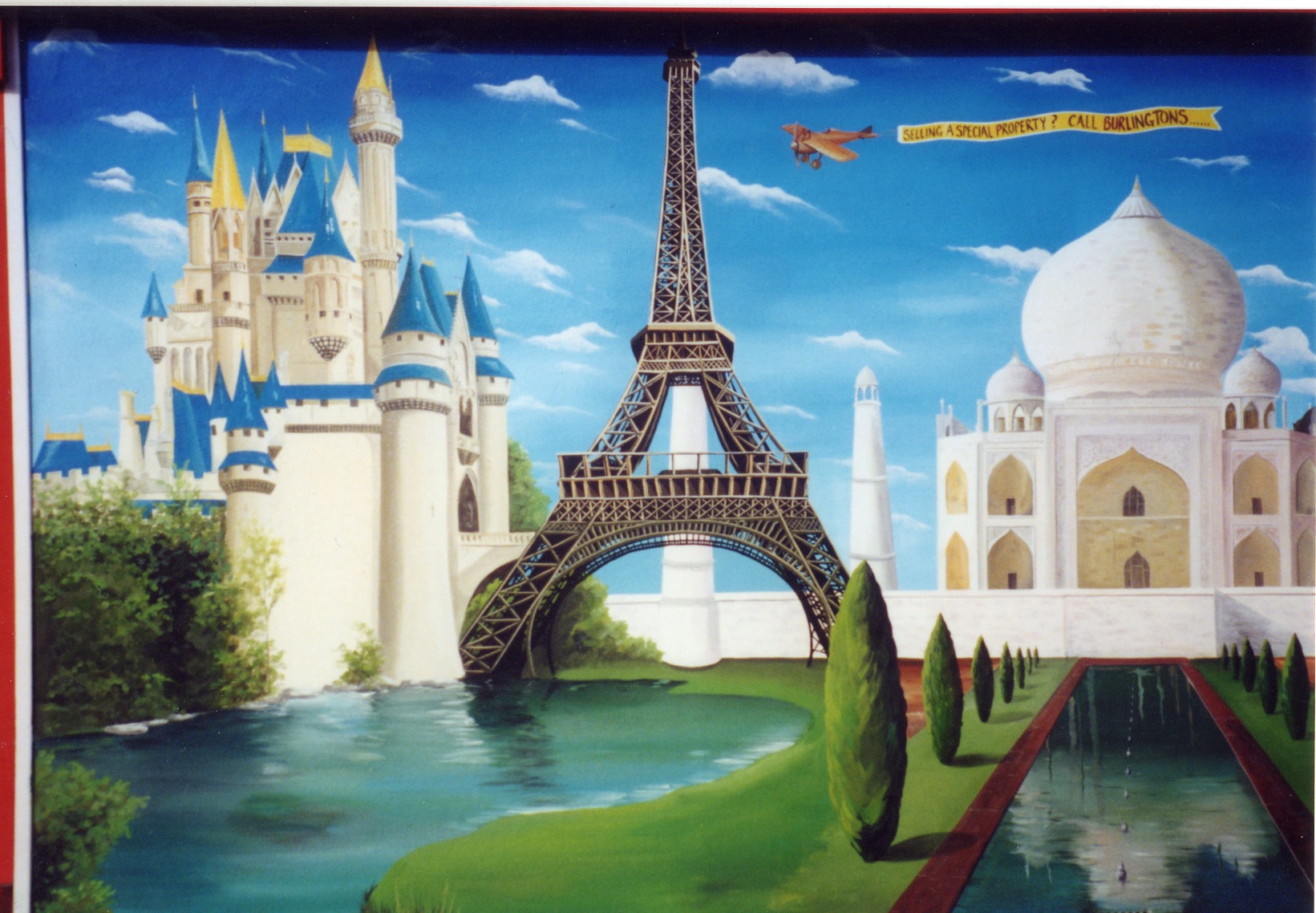 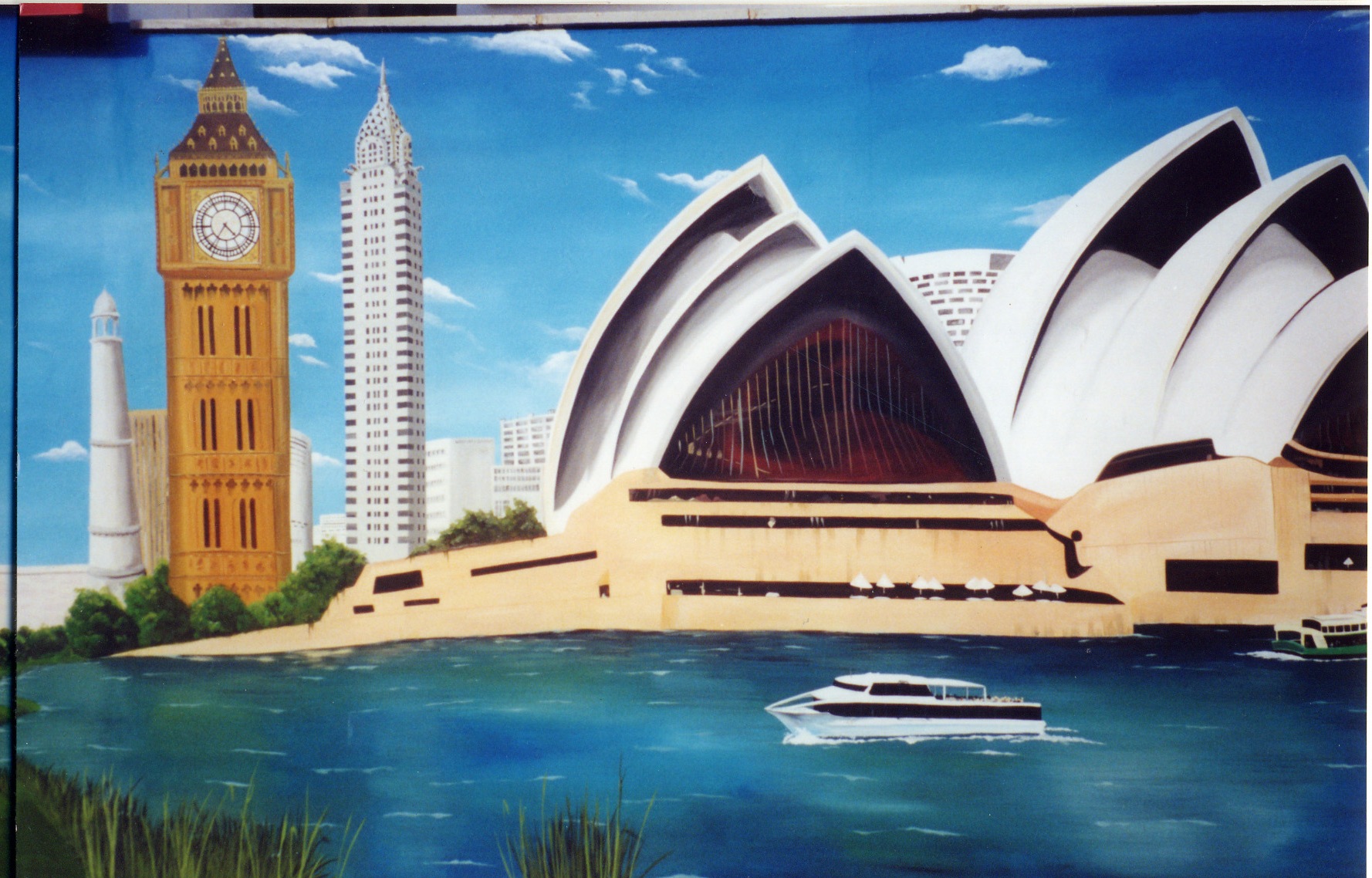 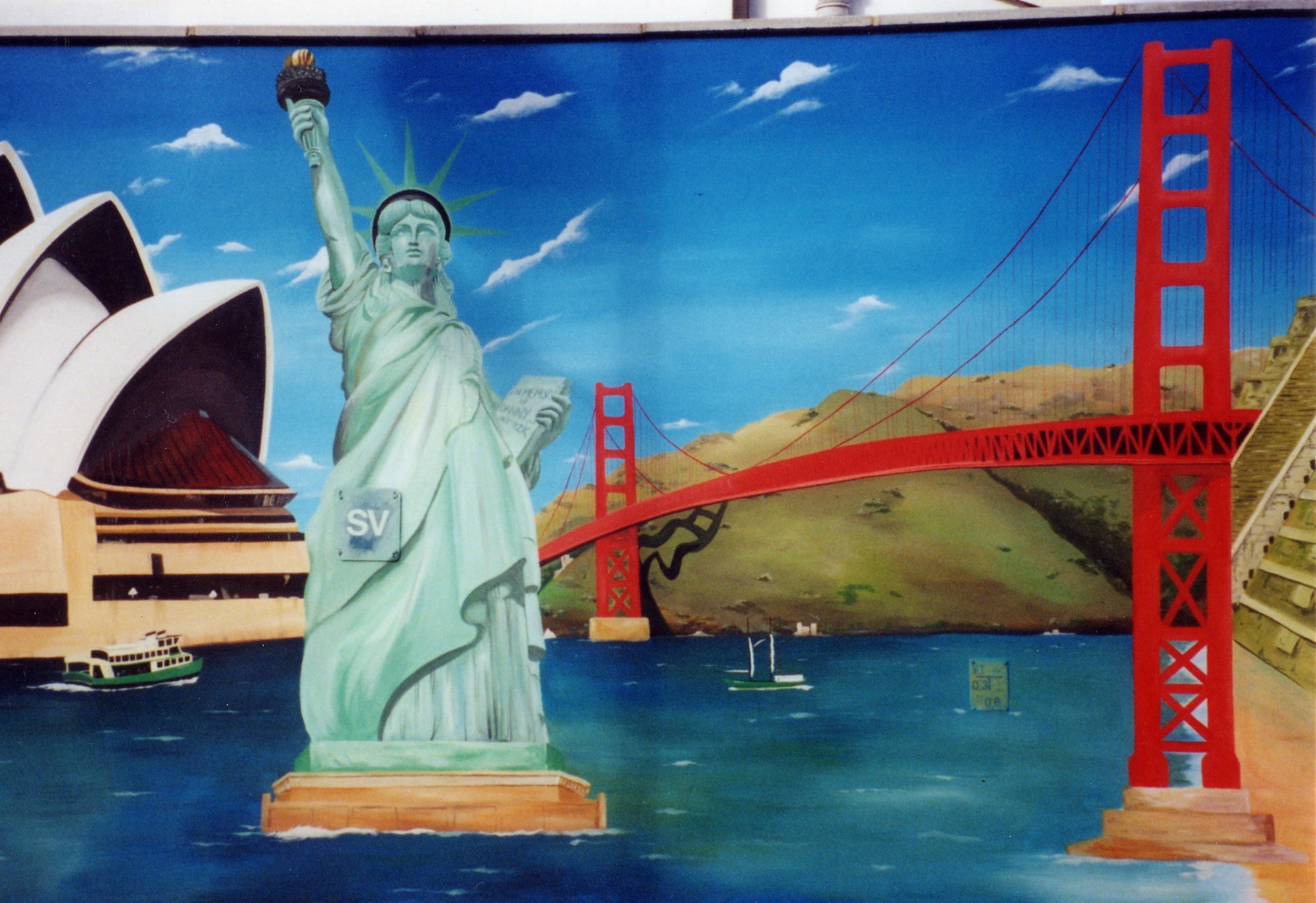 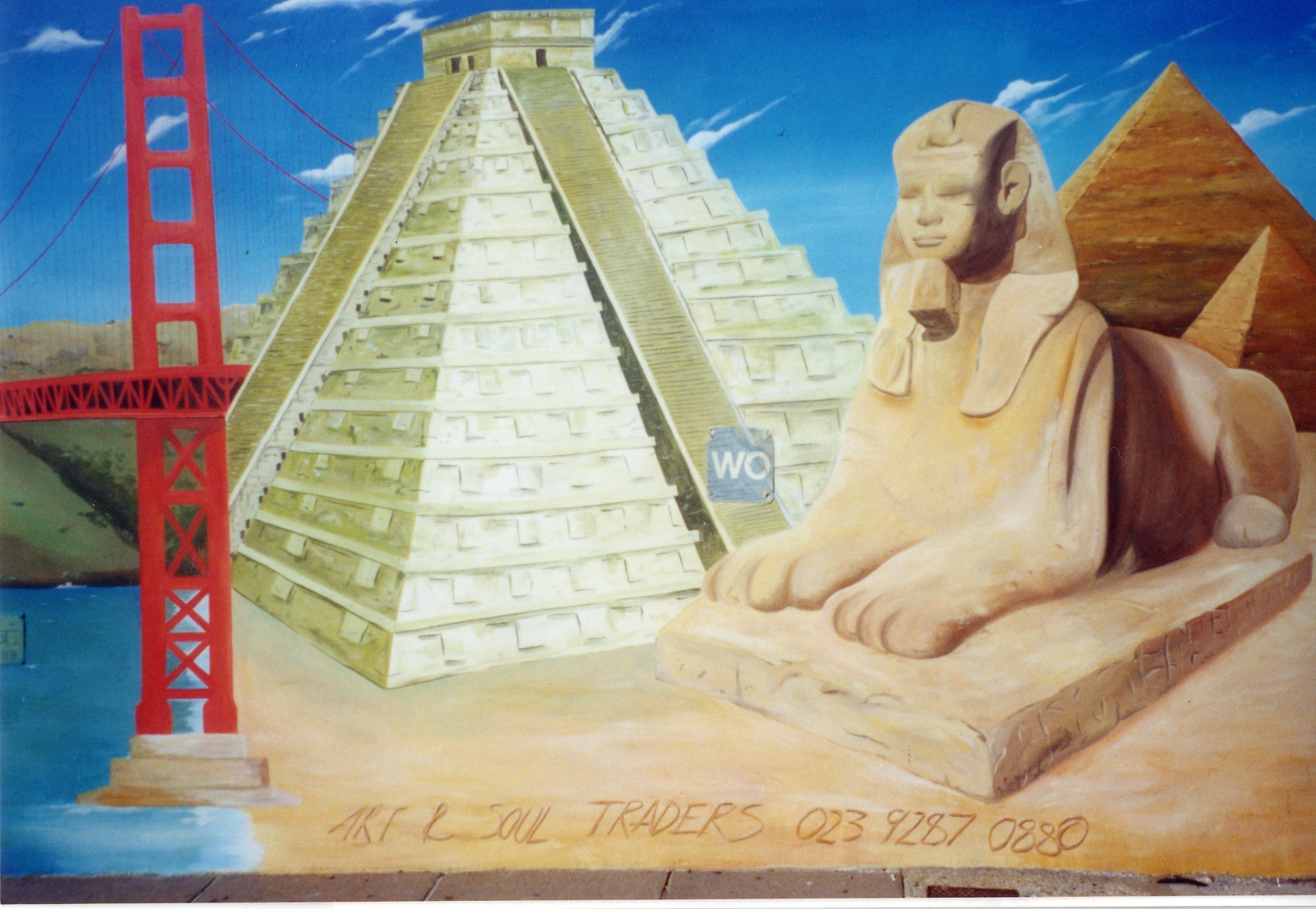 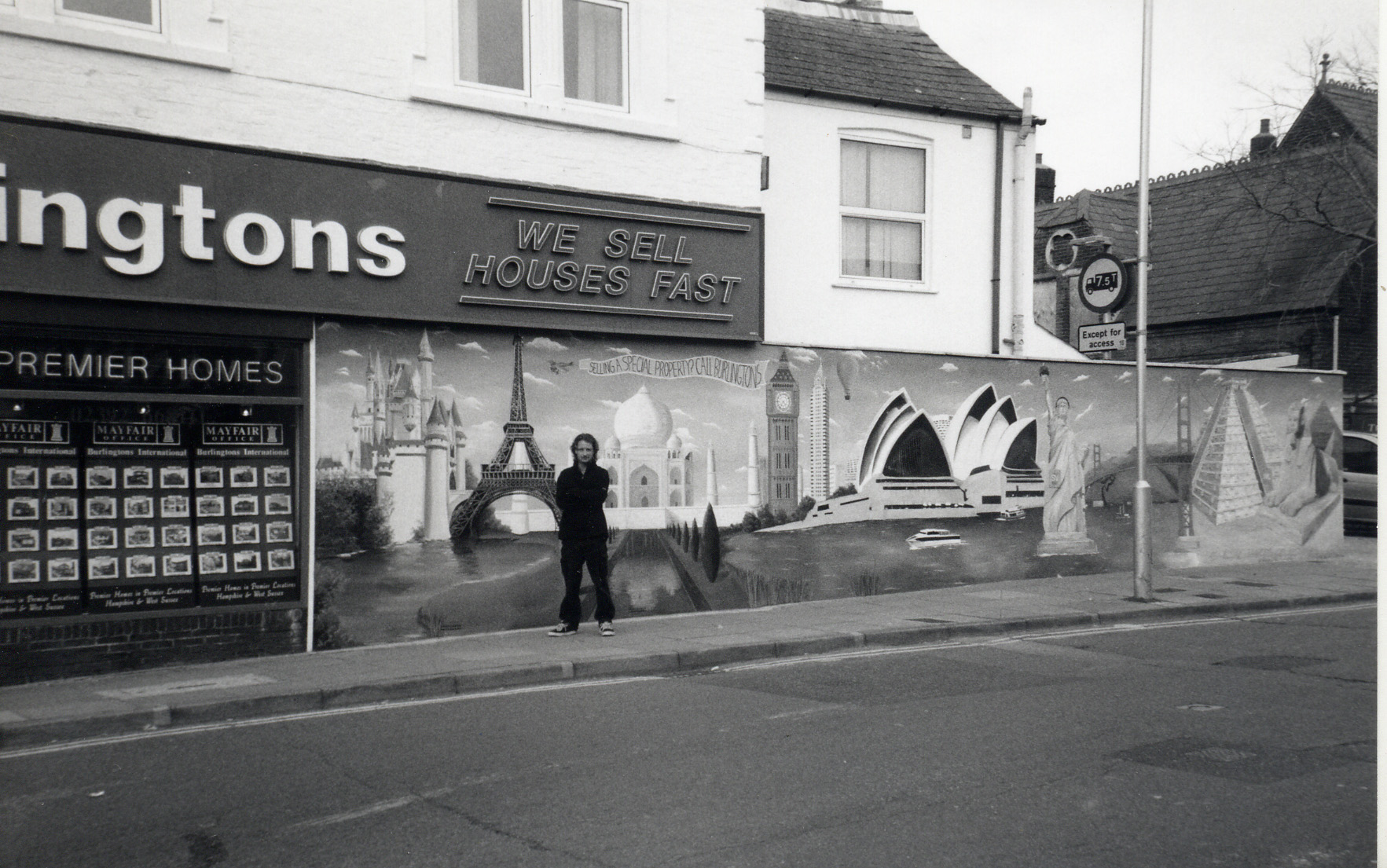 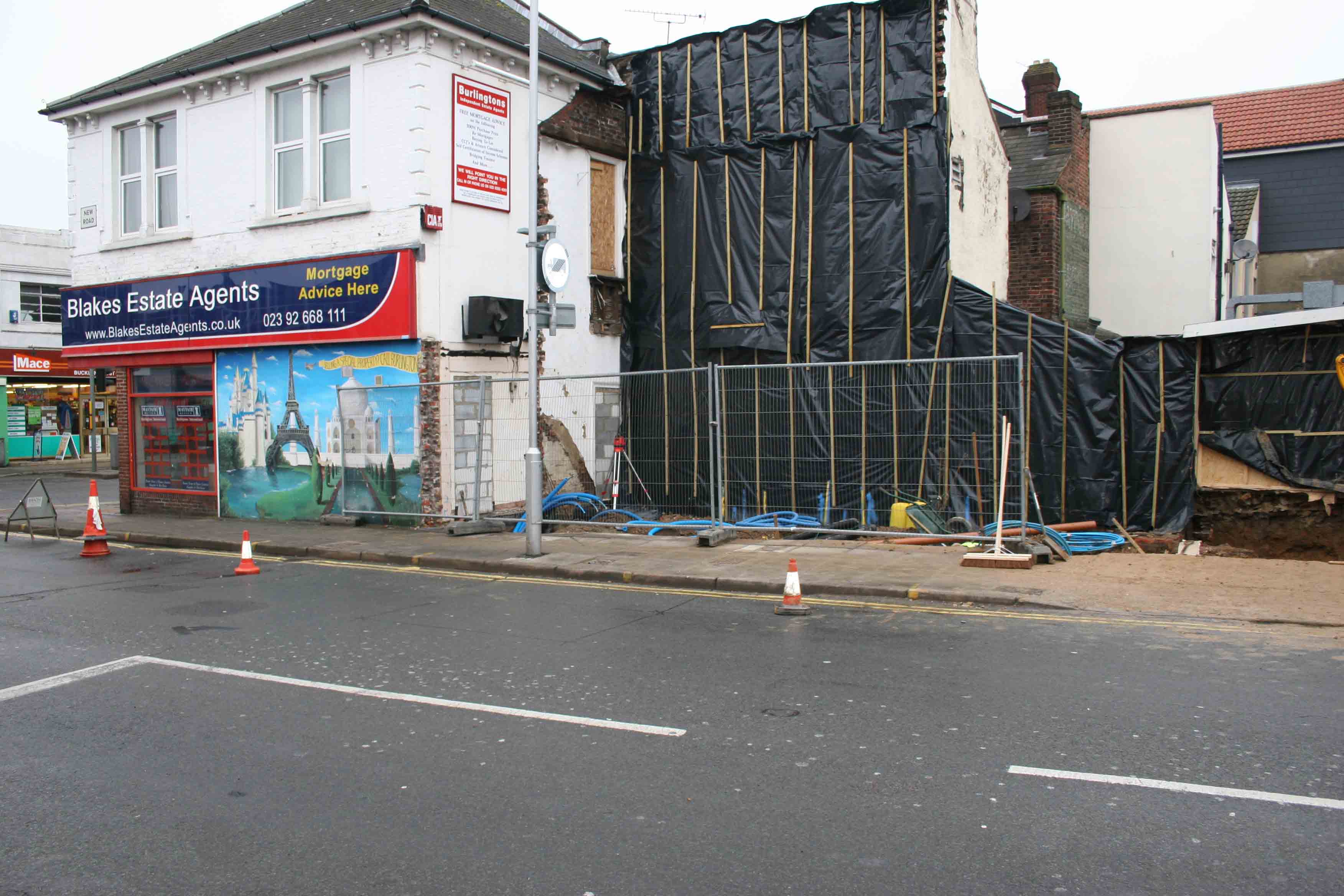