As the wife of the British Envoy, Emma welcomed Admiral Lord Nelson (who had been married for about 6 years at that point) after his arrival in Naples on 10 September 1793  when he came to gather reinforcements against the French. She is described in 1797 in the diary of 18-year-old Elizabeth Wynne as “a charming woman, beautiful and exceedingly good-humoured and amiable.” When he set sail for Sardinia on 15 September after only 5 days in Naples, it was clear that he had already fallen a little in love.

This is the actual cottage in Old Portsmouth that Lady Hamilton lived in when she was Nelson’s mistress and was commissioned by the owner in 2015. I replicated the lower level sash window and added Lady Hamilton in the window reading one of Nelson’s love letters by candlelight. What she does not know is that her lover is making a surprise visit and he can see her through the window reading his letter. But does the ginger cat meow and warn her? 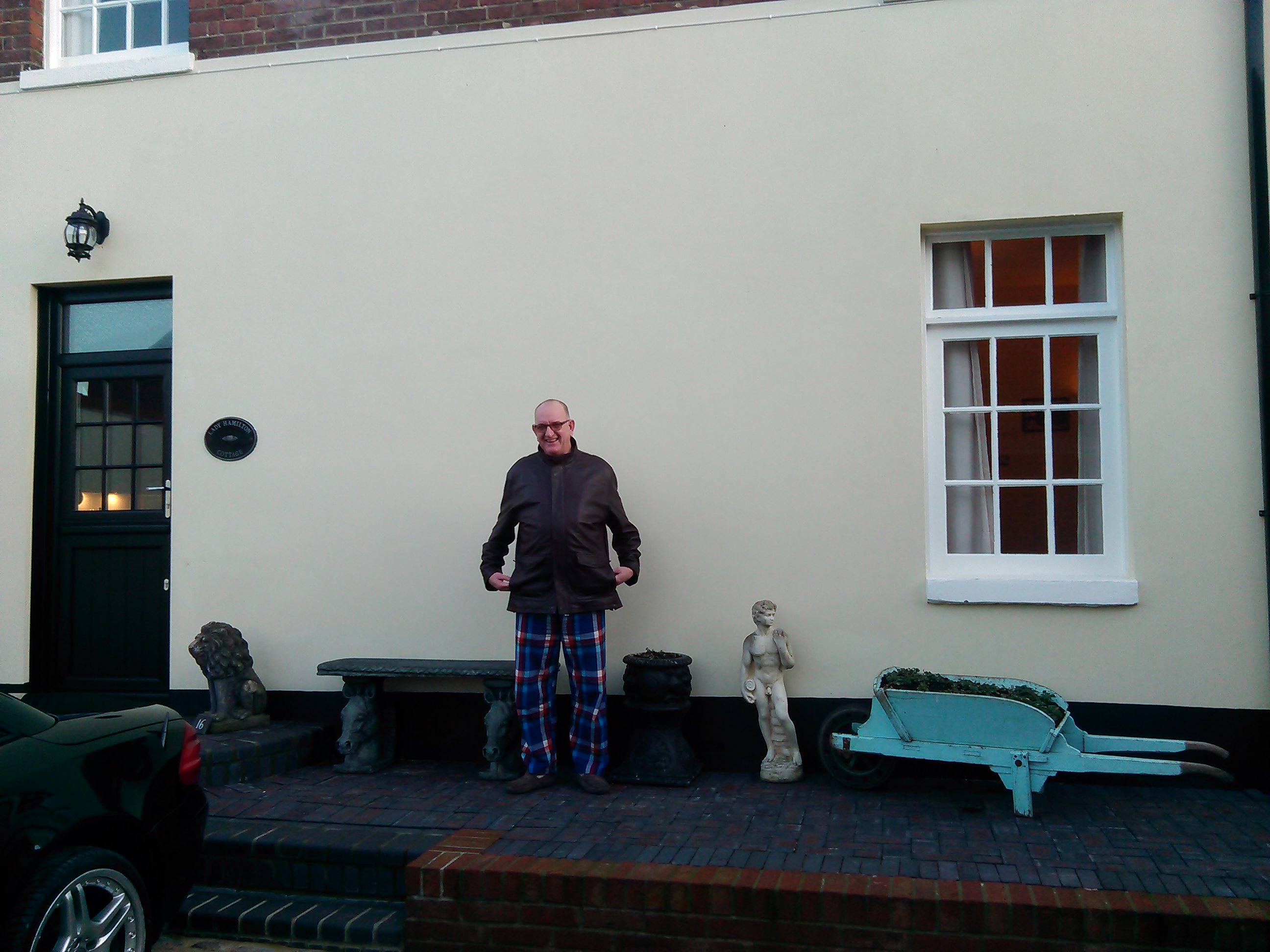 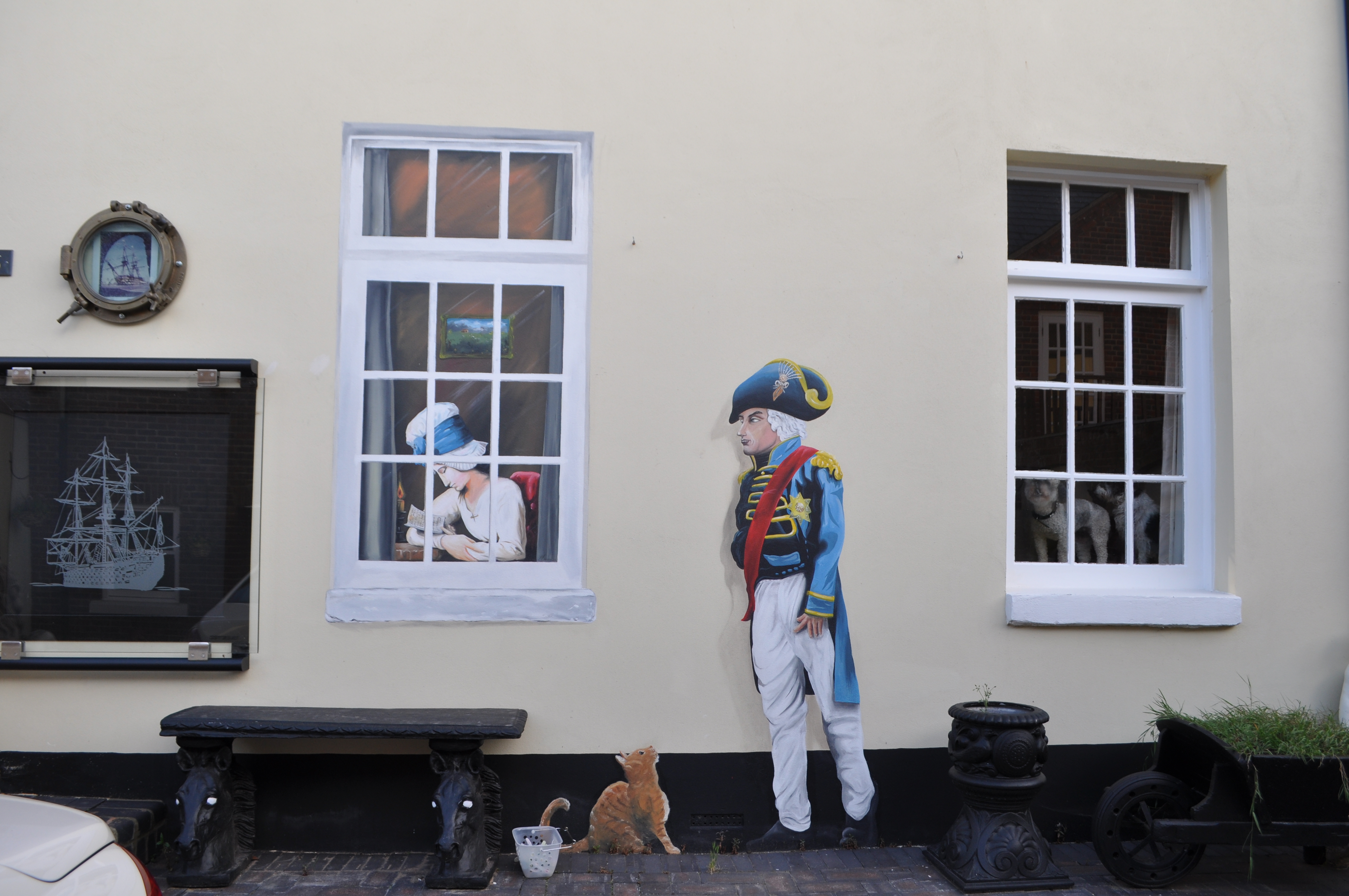 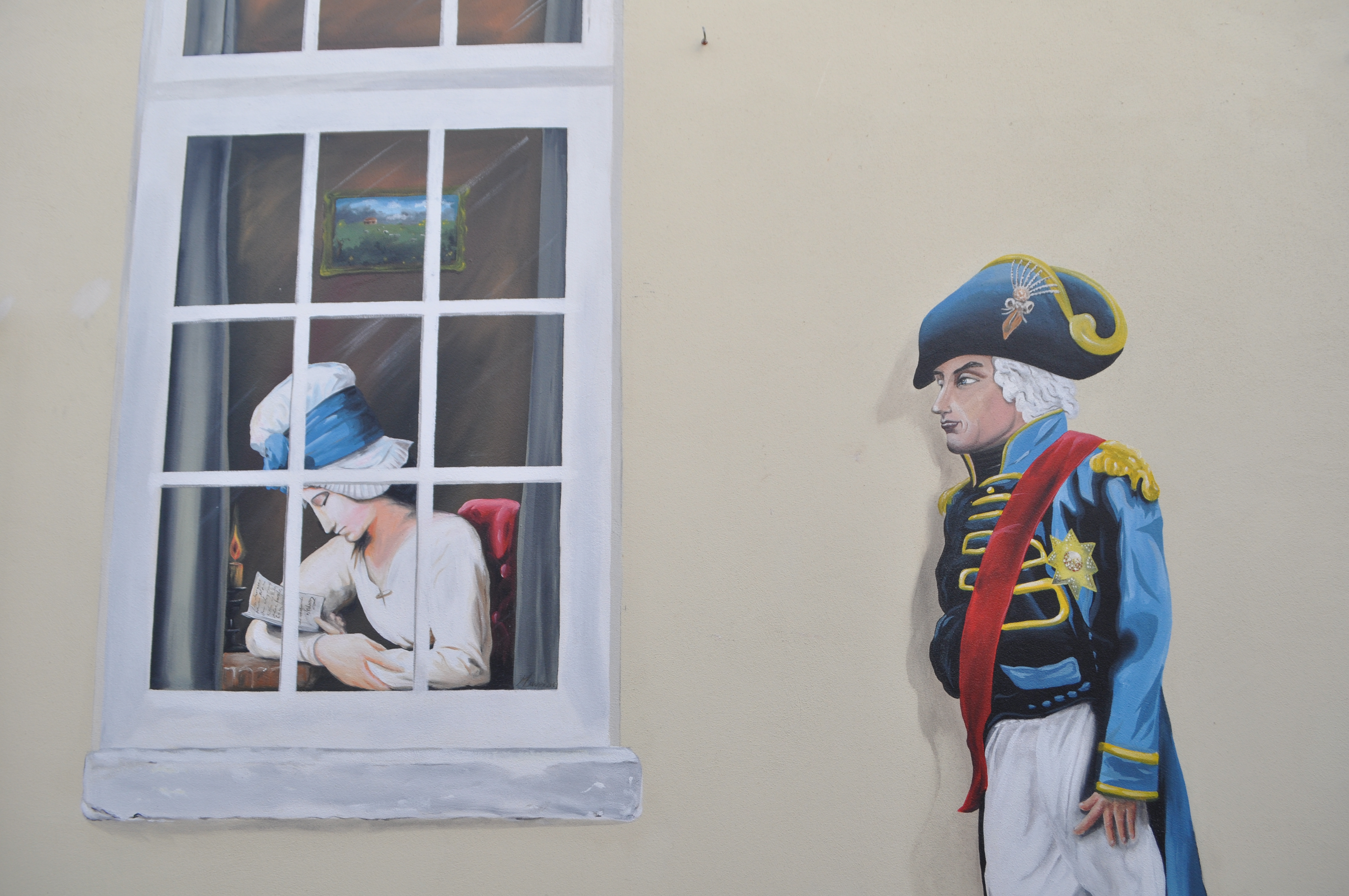 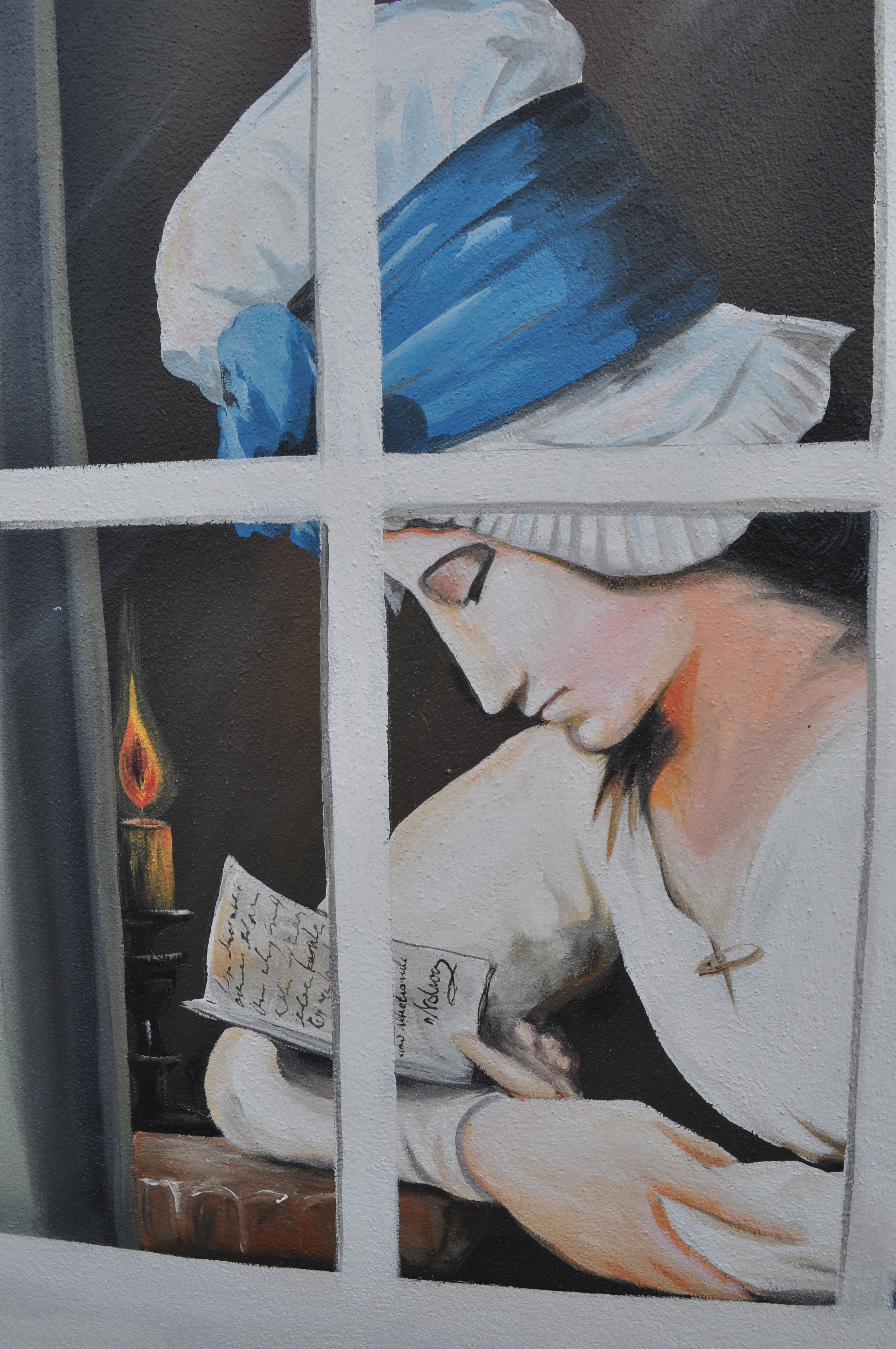 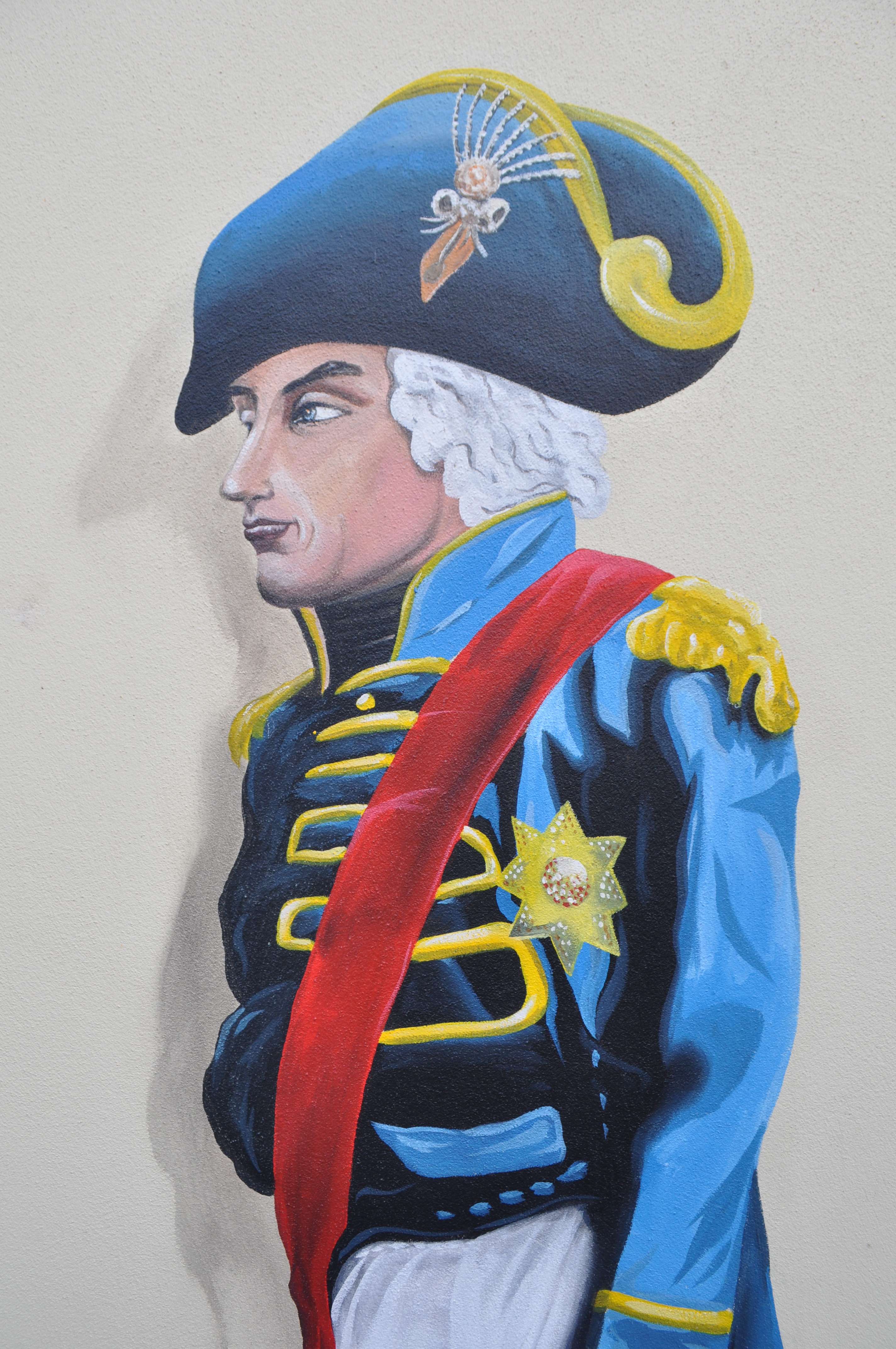 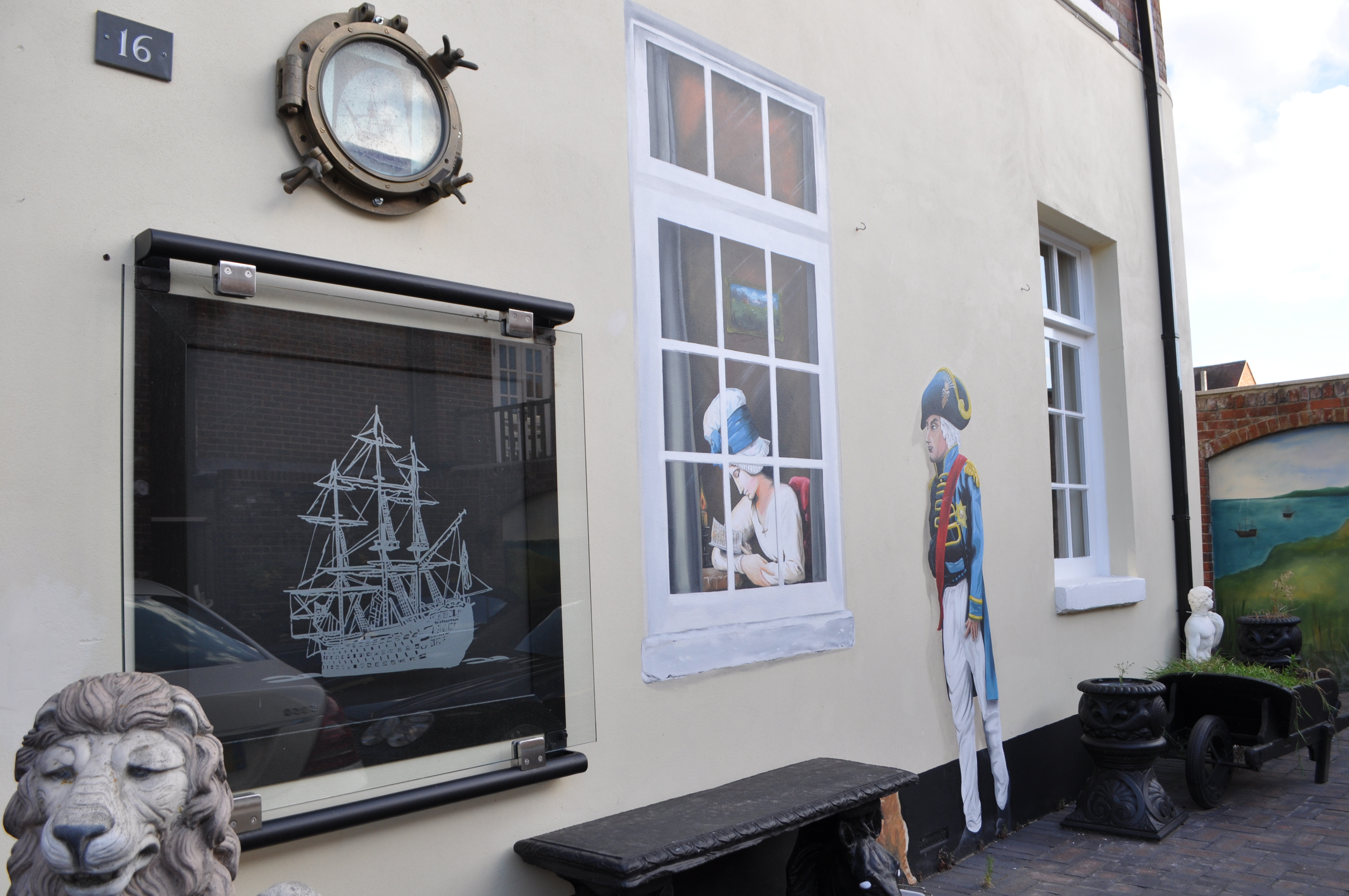 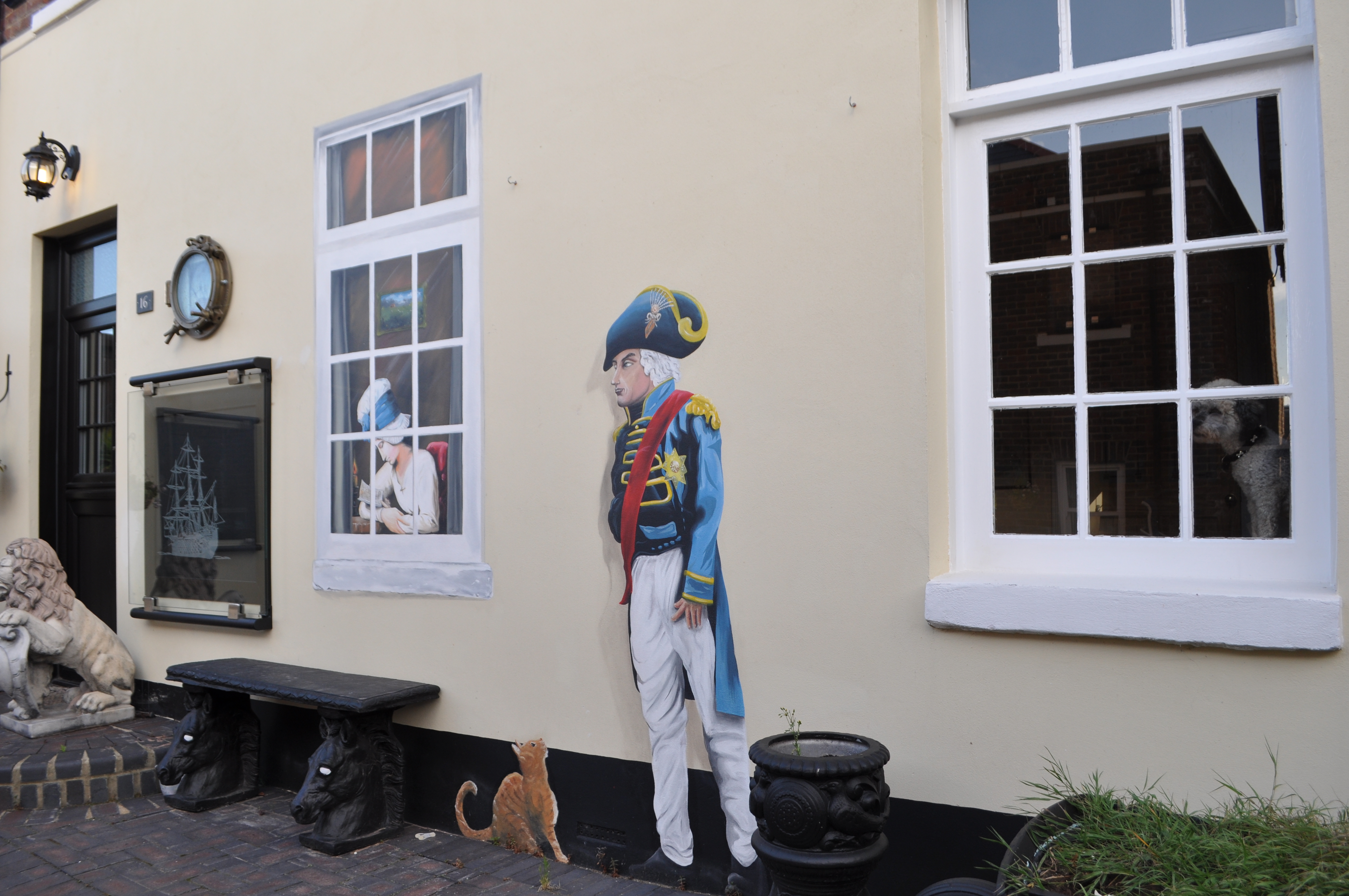 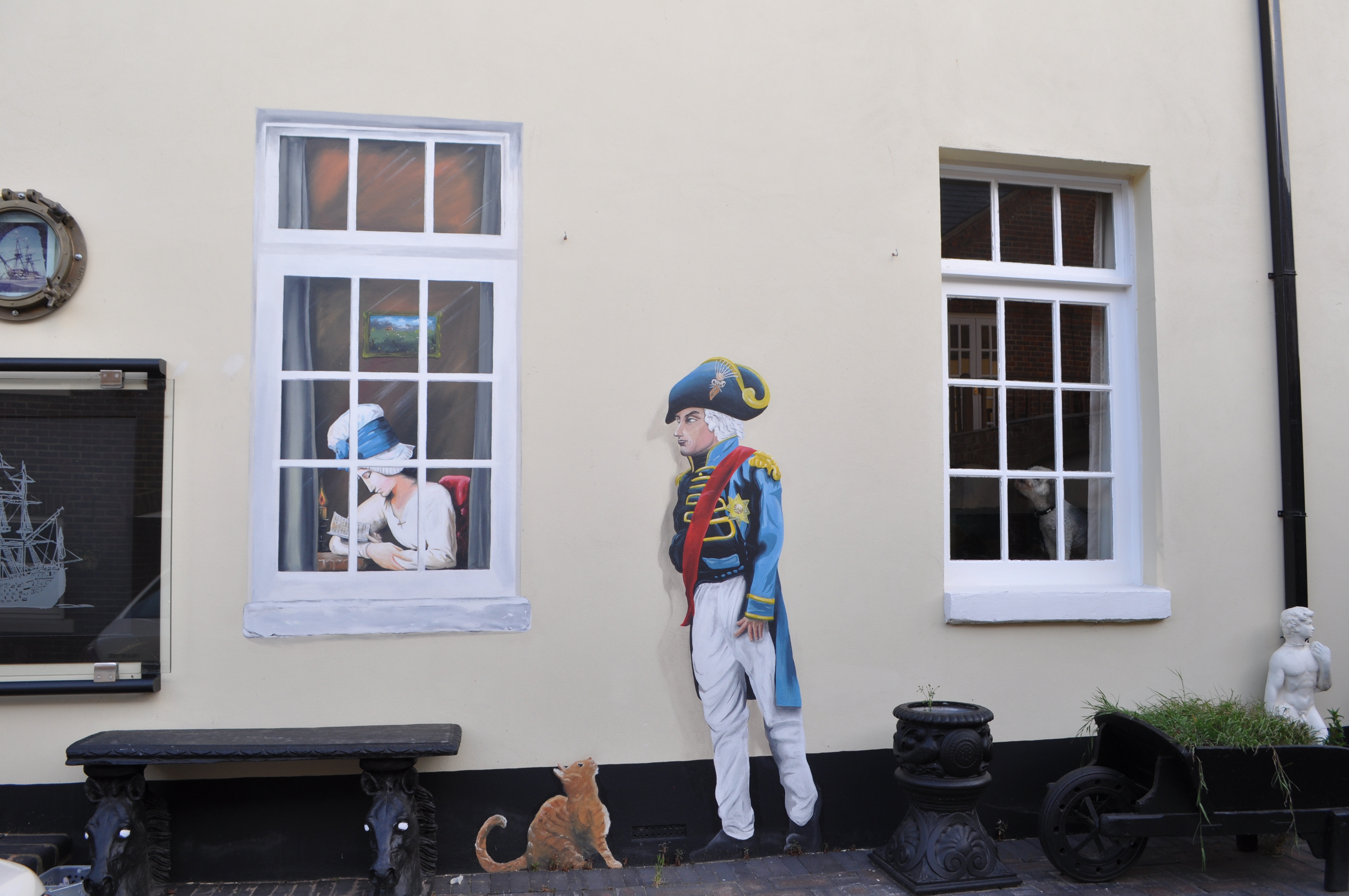 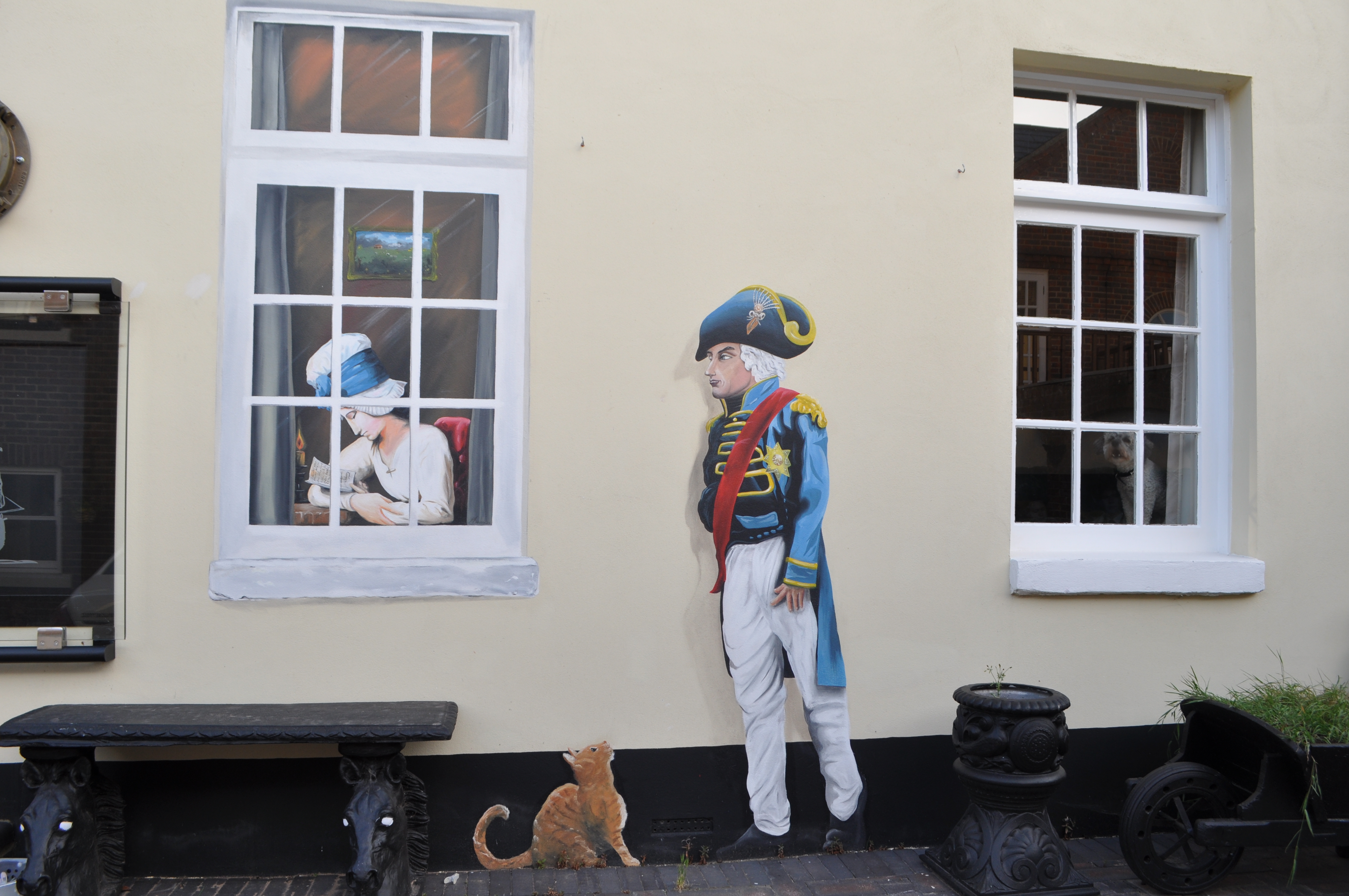 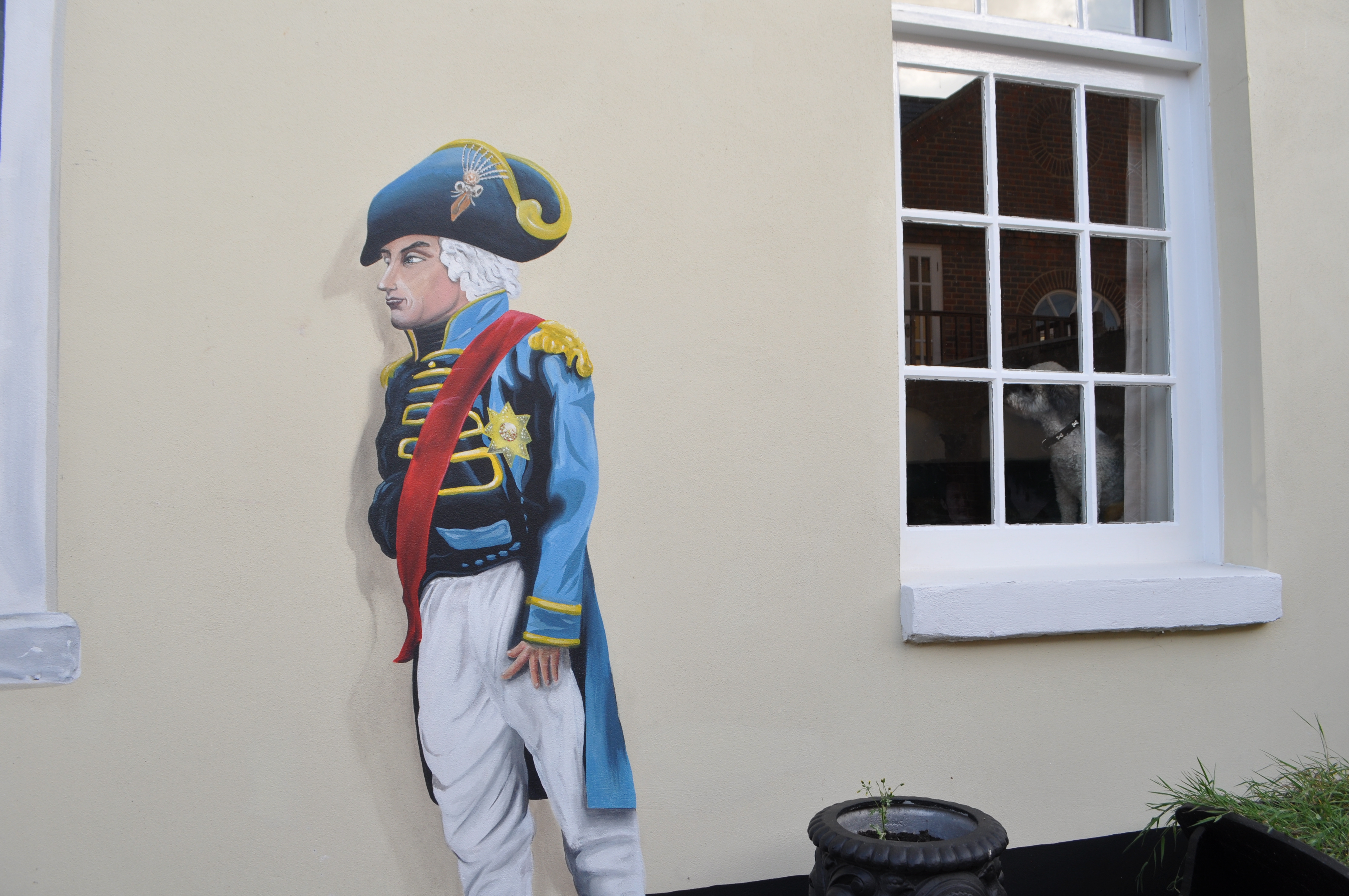 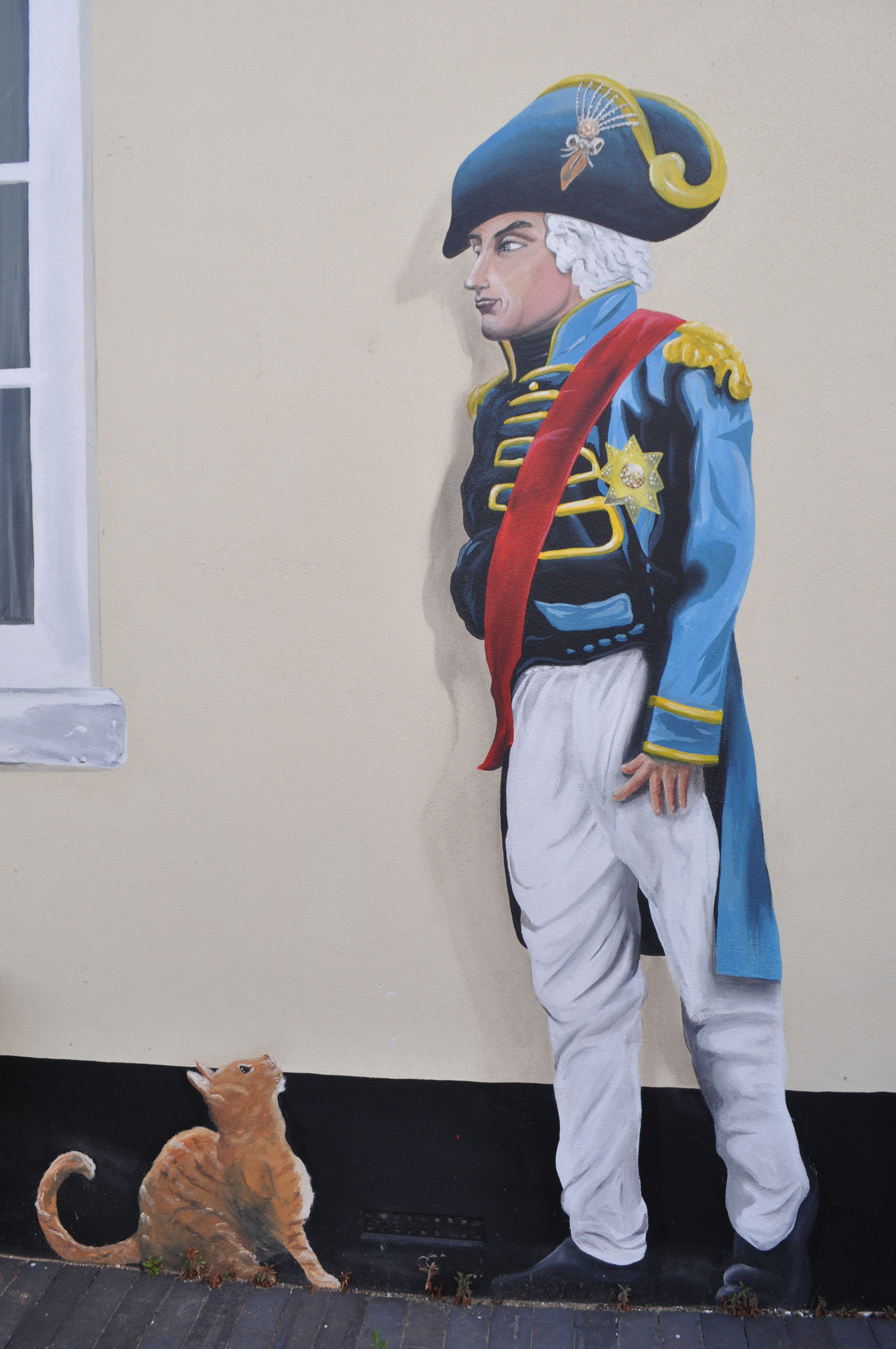