We ran a series of street art workshops in Holbrook Gosport in Hampshire in 2005, where the local young people had the chance to learn the skills and techniques of spray can art. These skills gathered then produced the final 45ft mural that was attached to the community centre at a later date where the local mayor unveiled the mural. We also made a short film on the project that included a valuation and outcomes of the whole project. 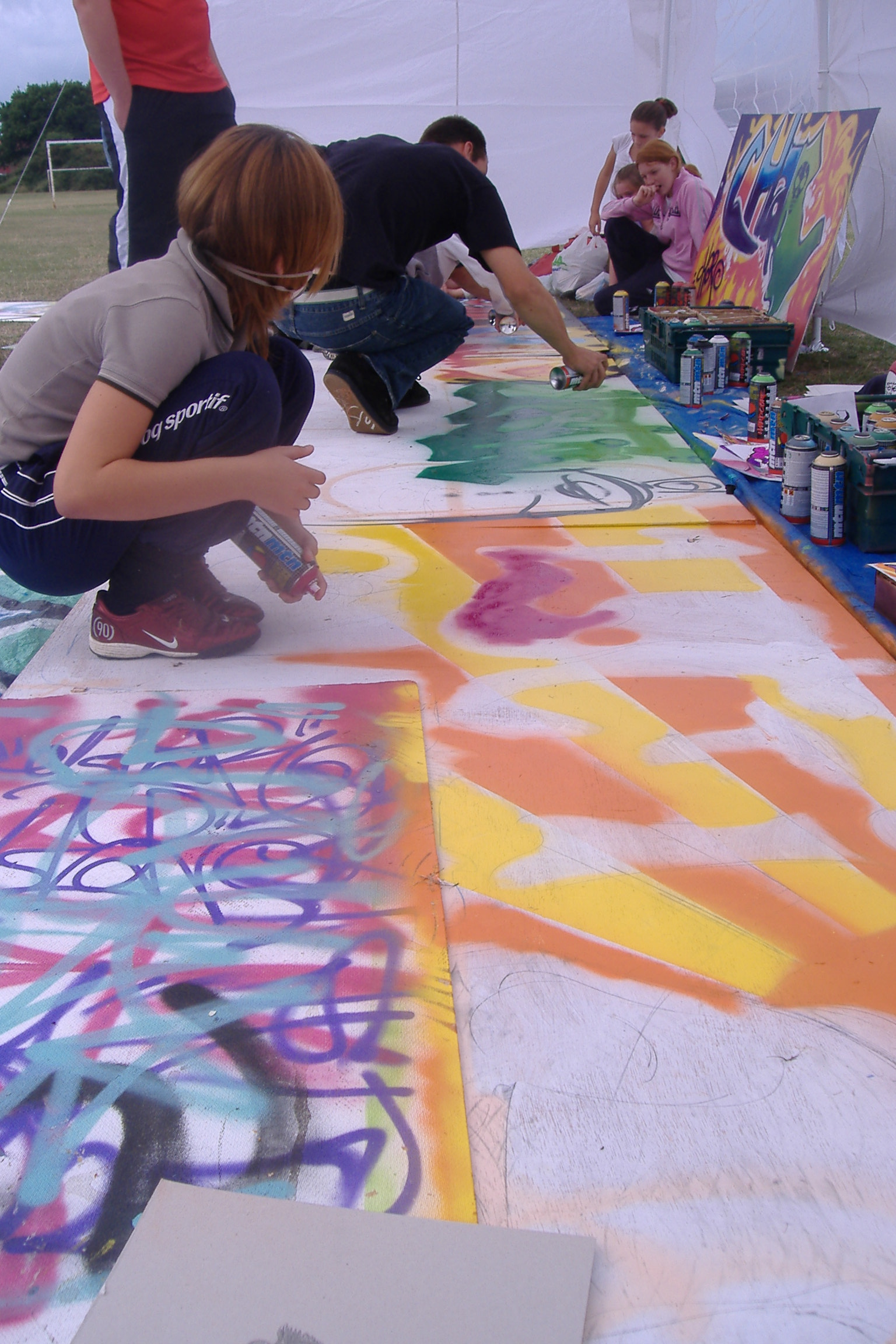 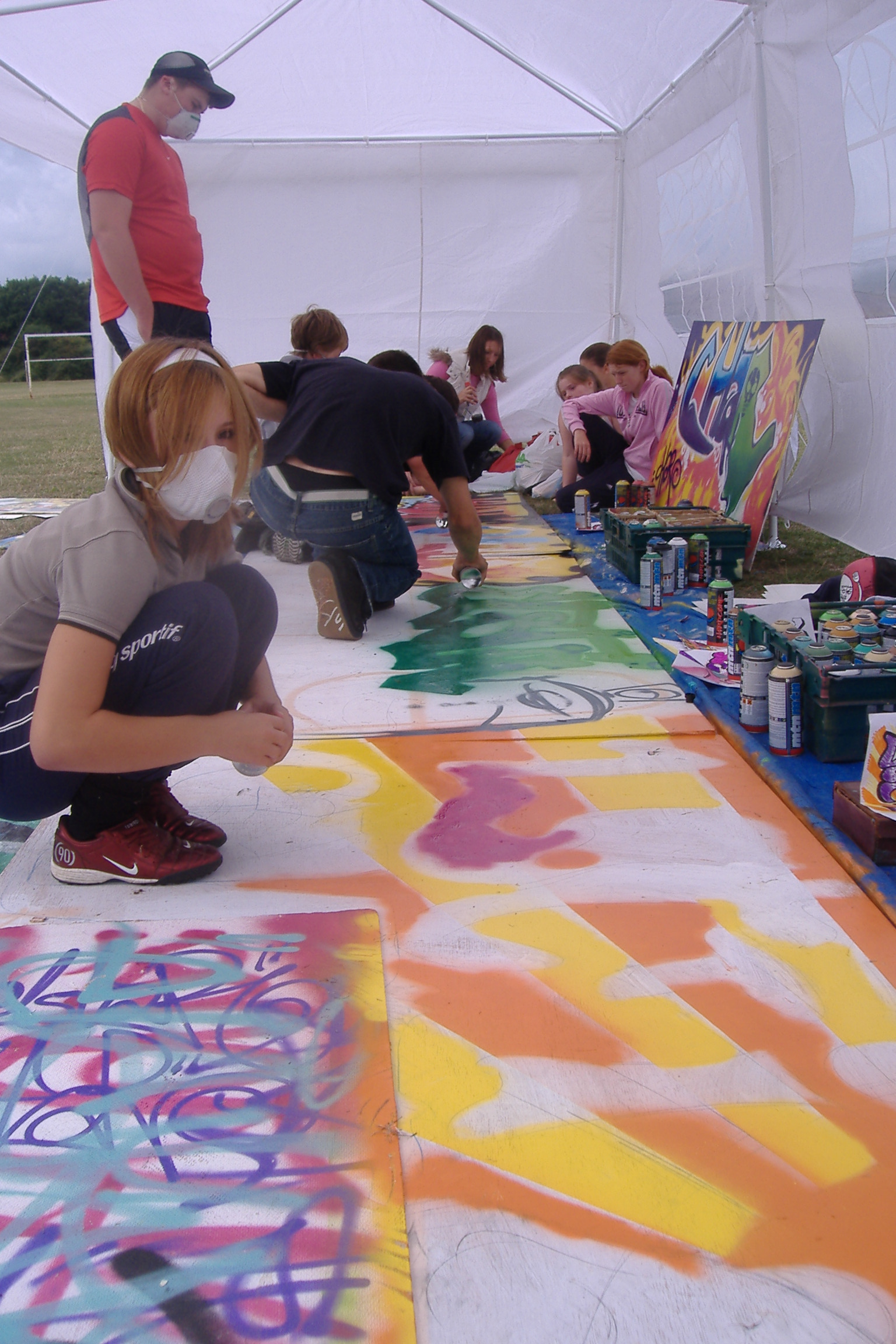 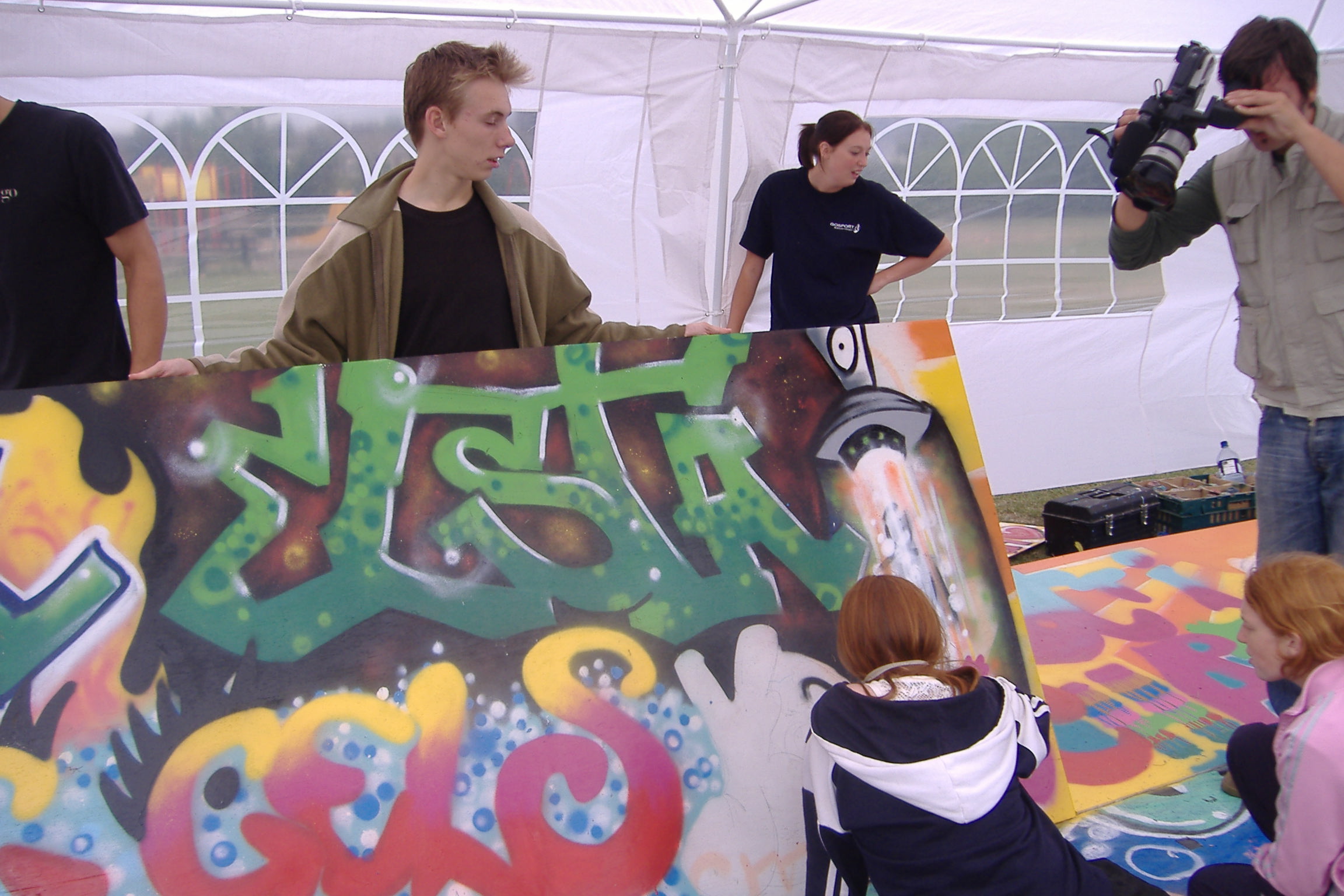 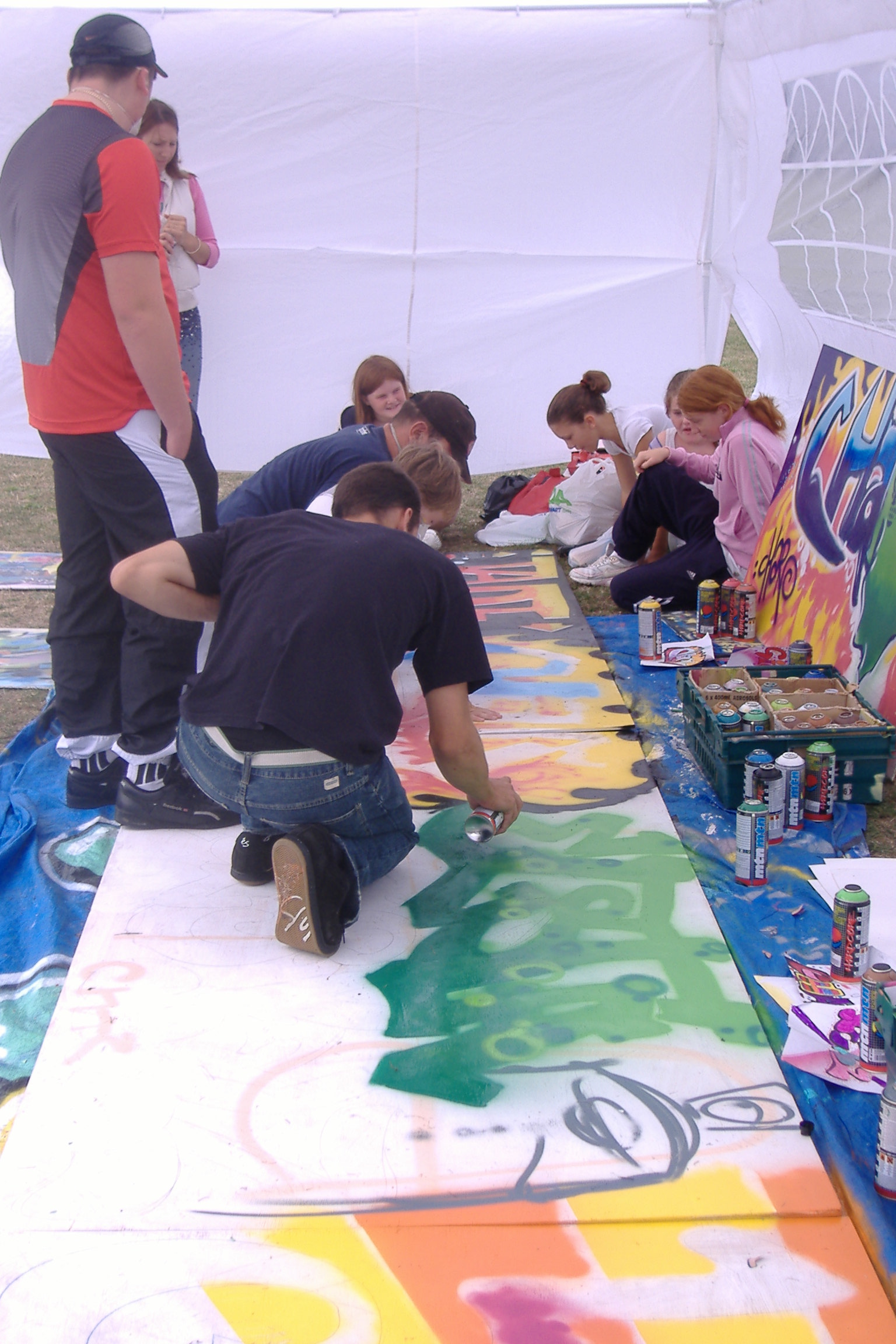 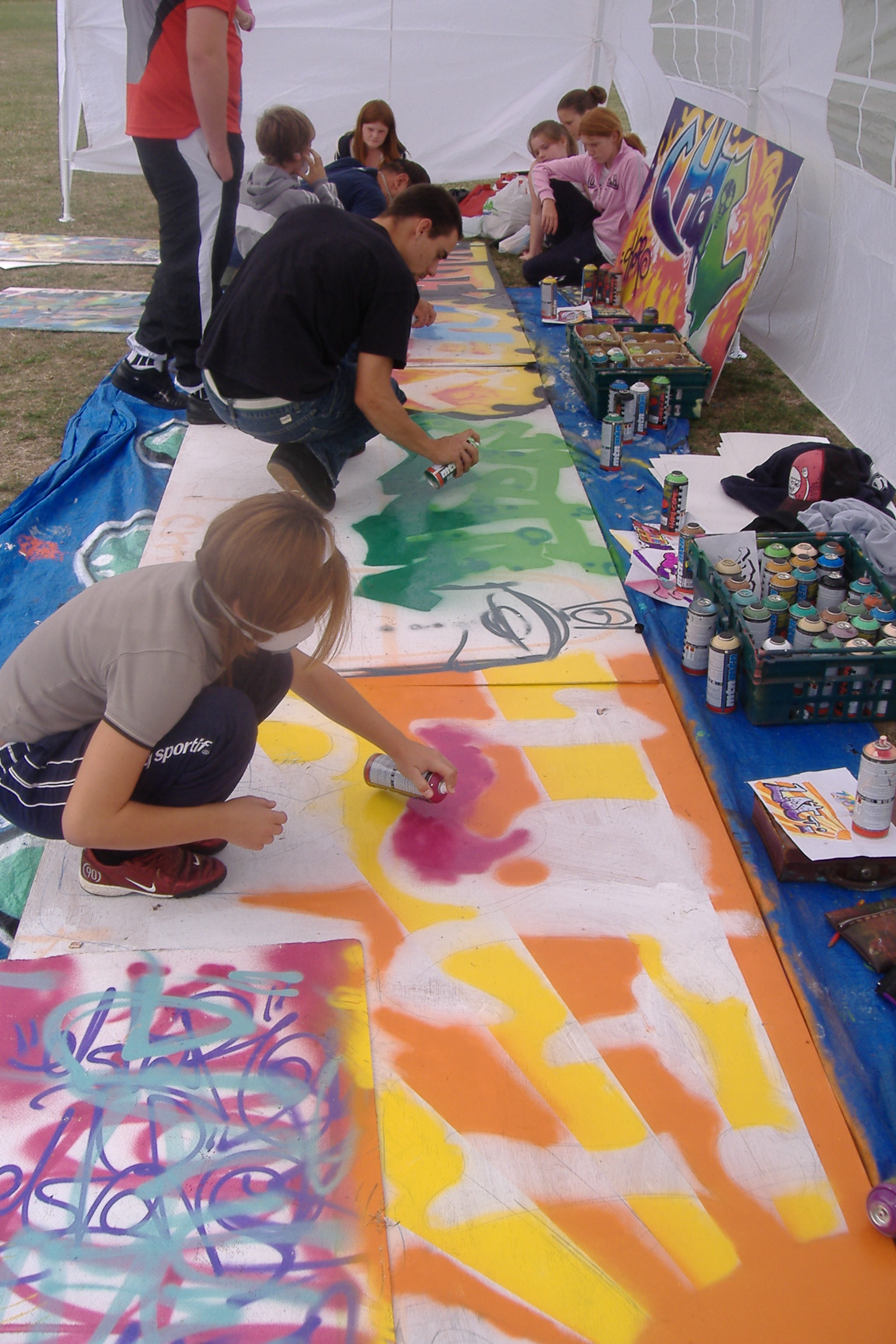 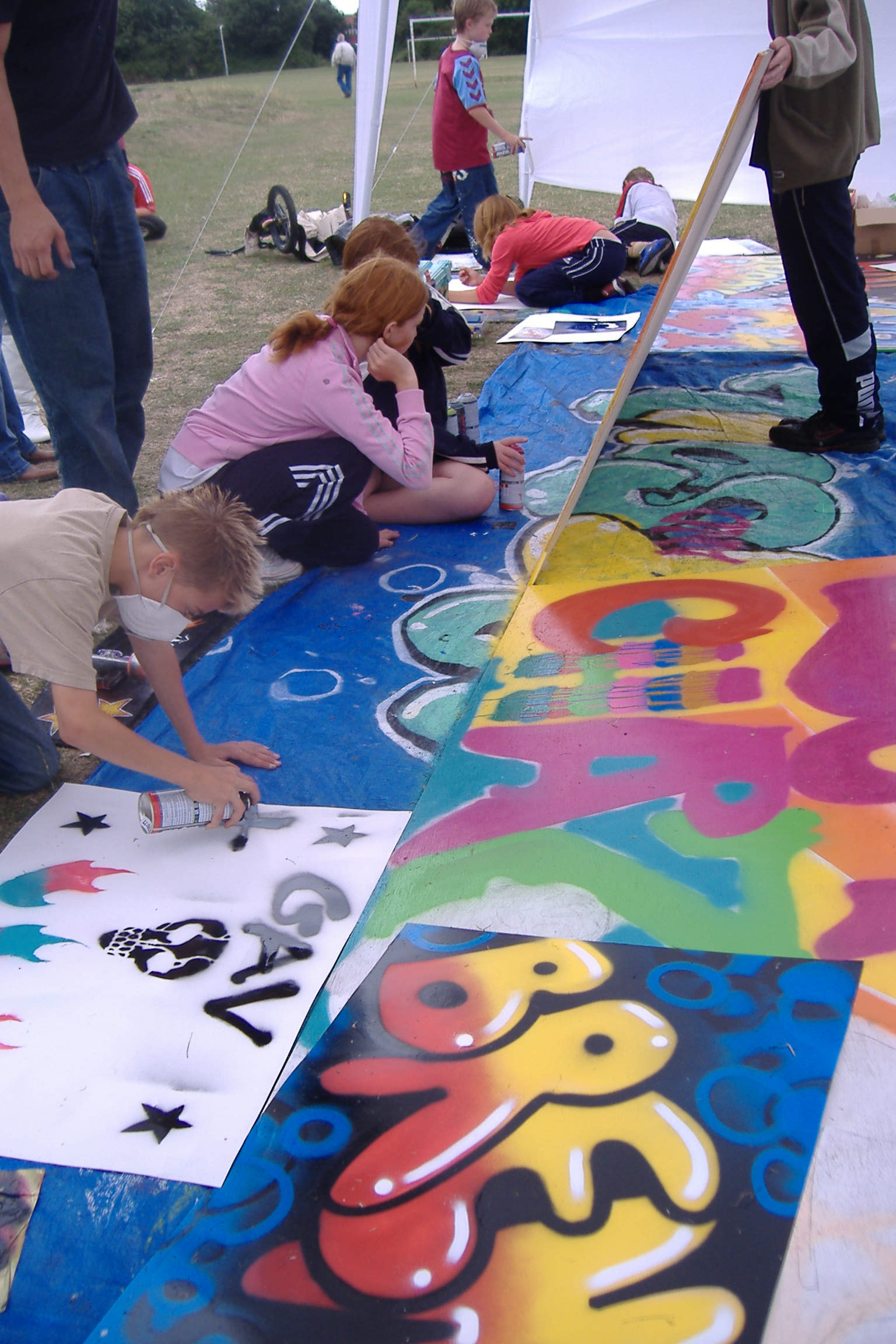 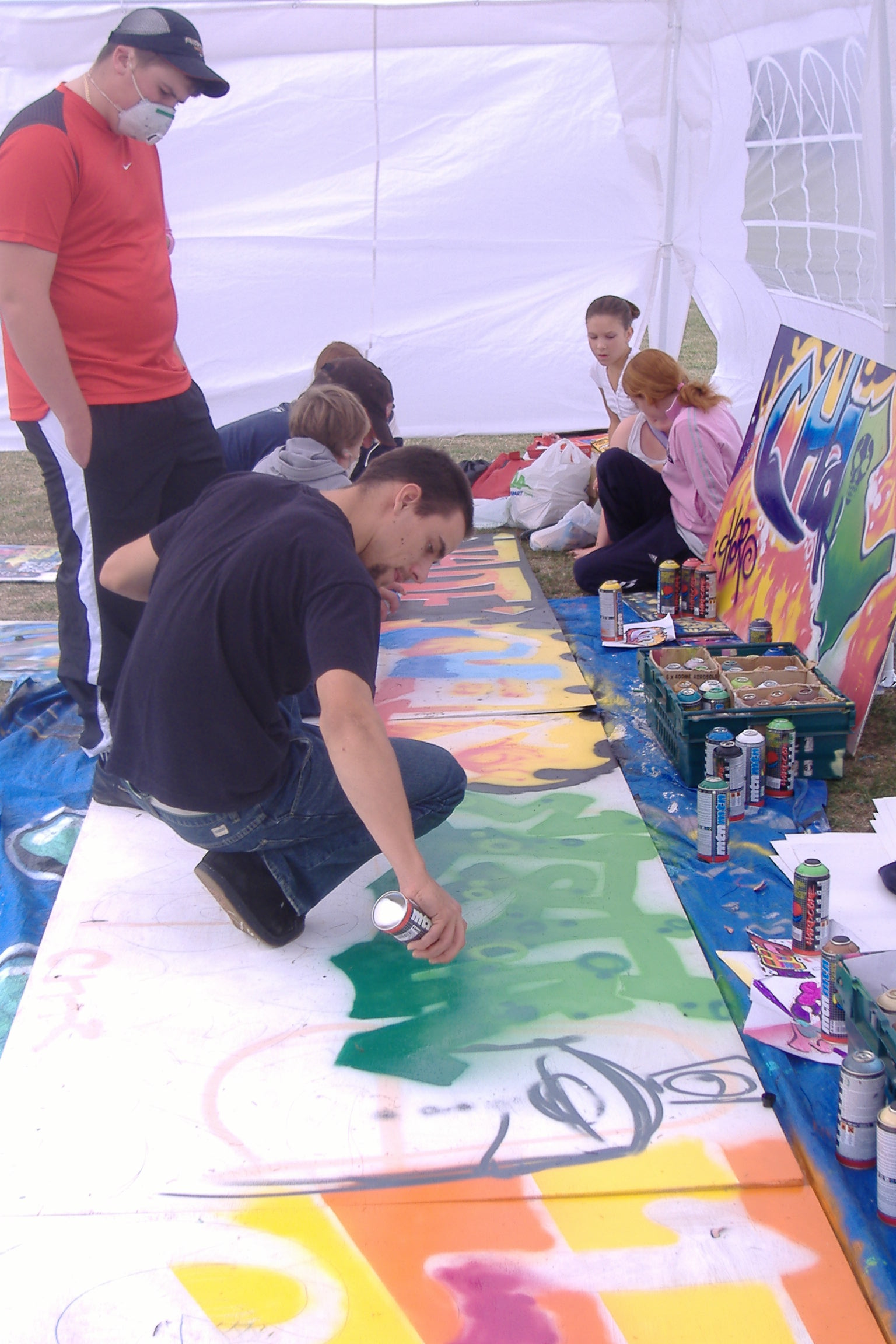 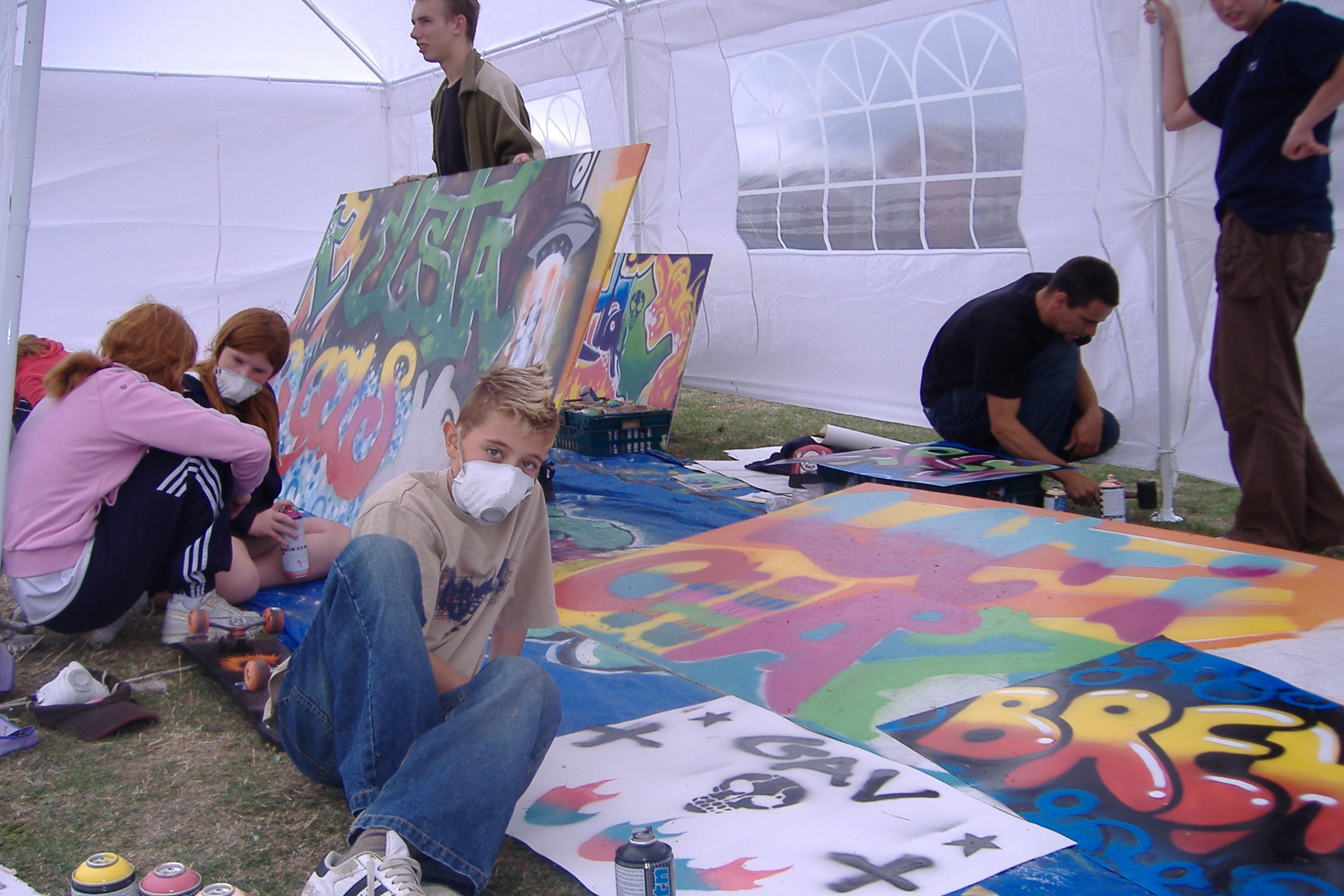 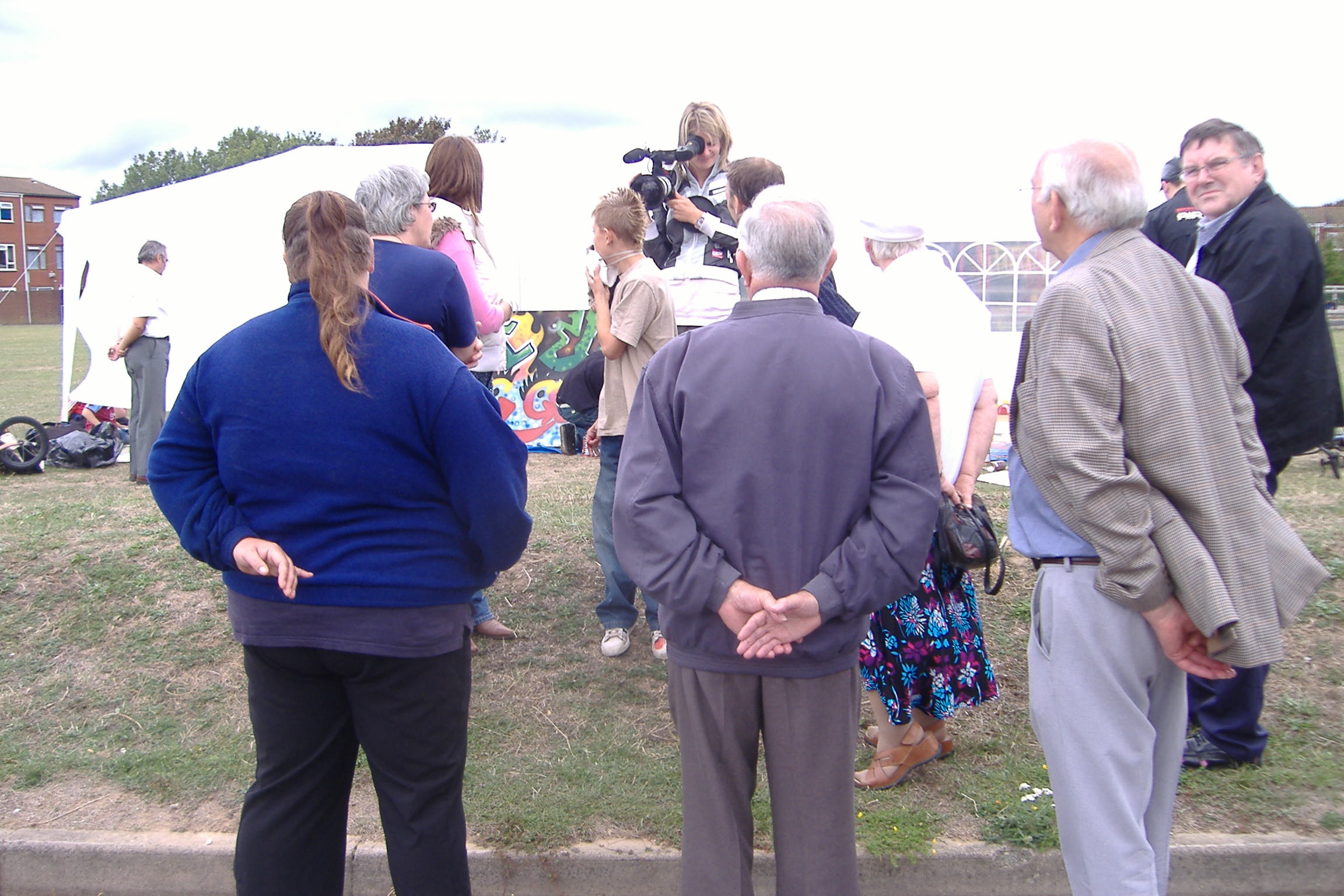 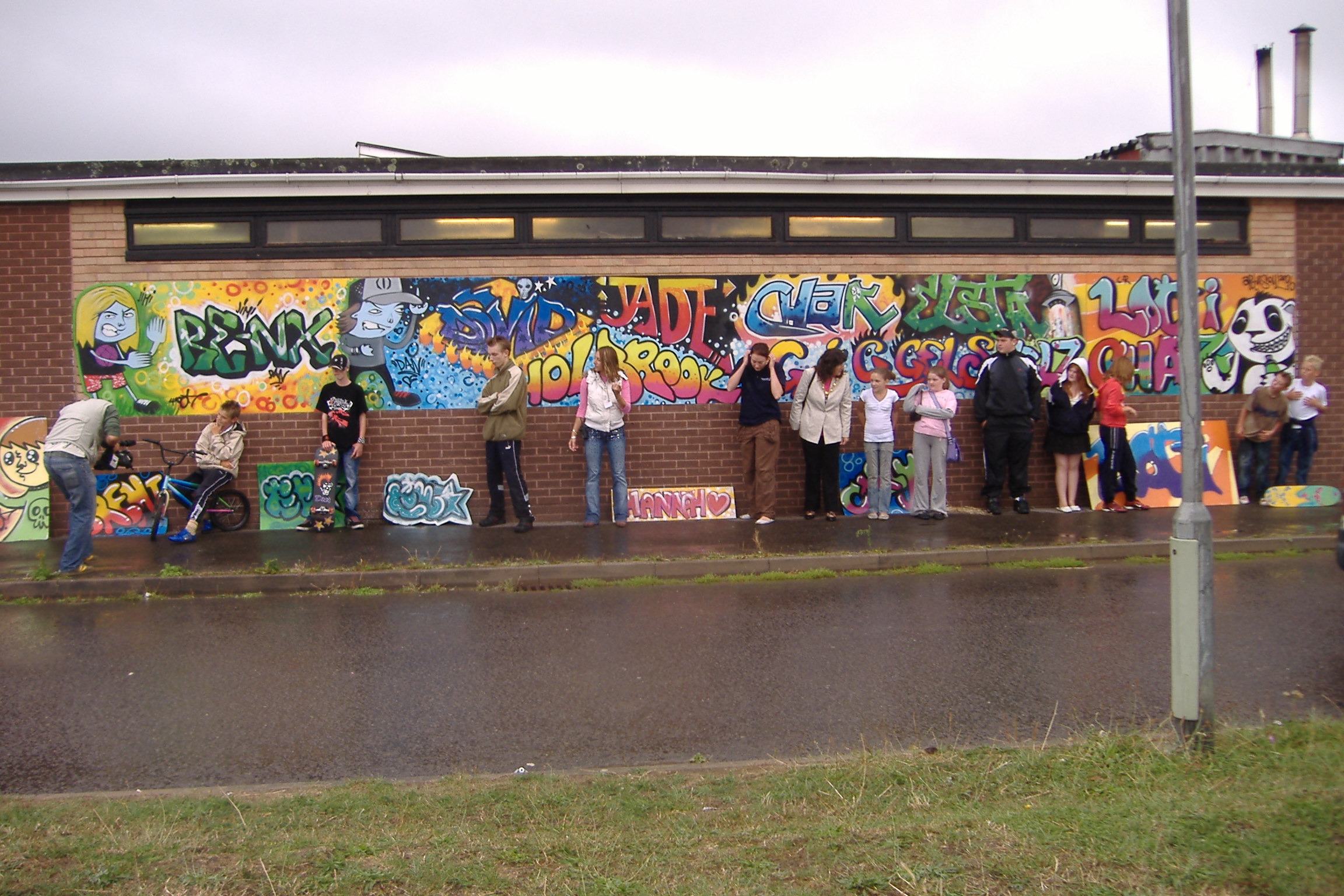 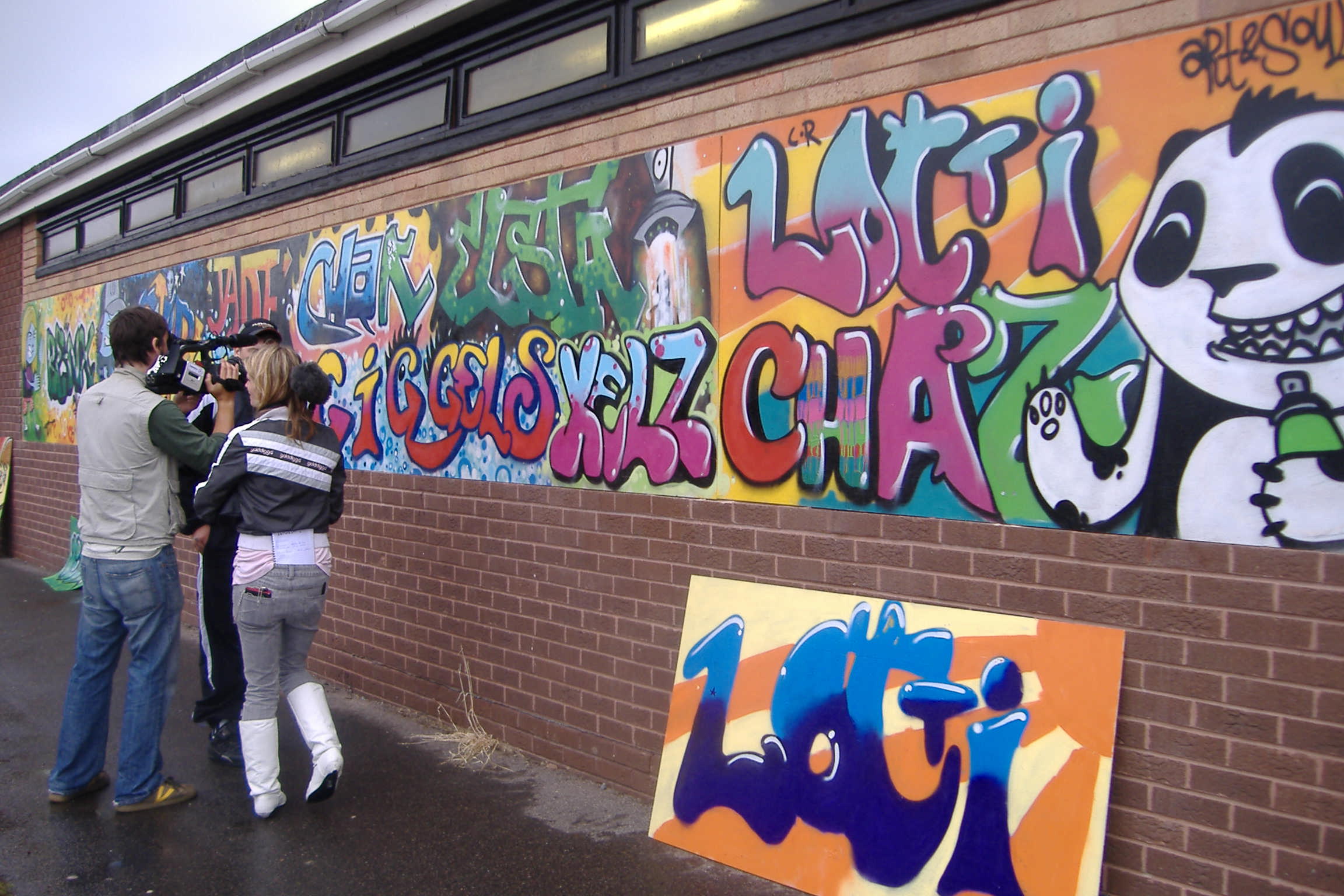 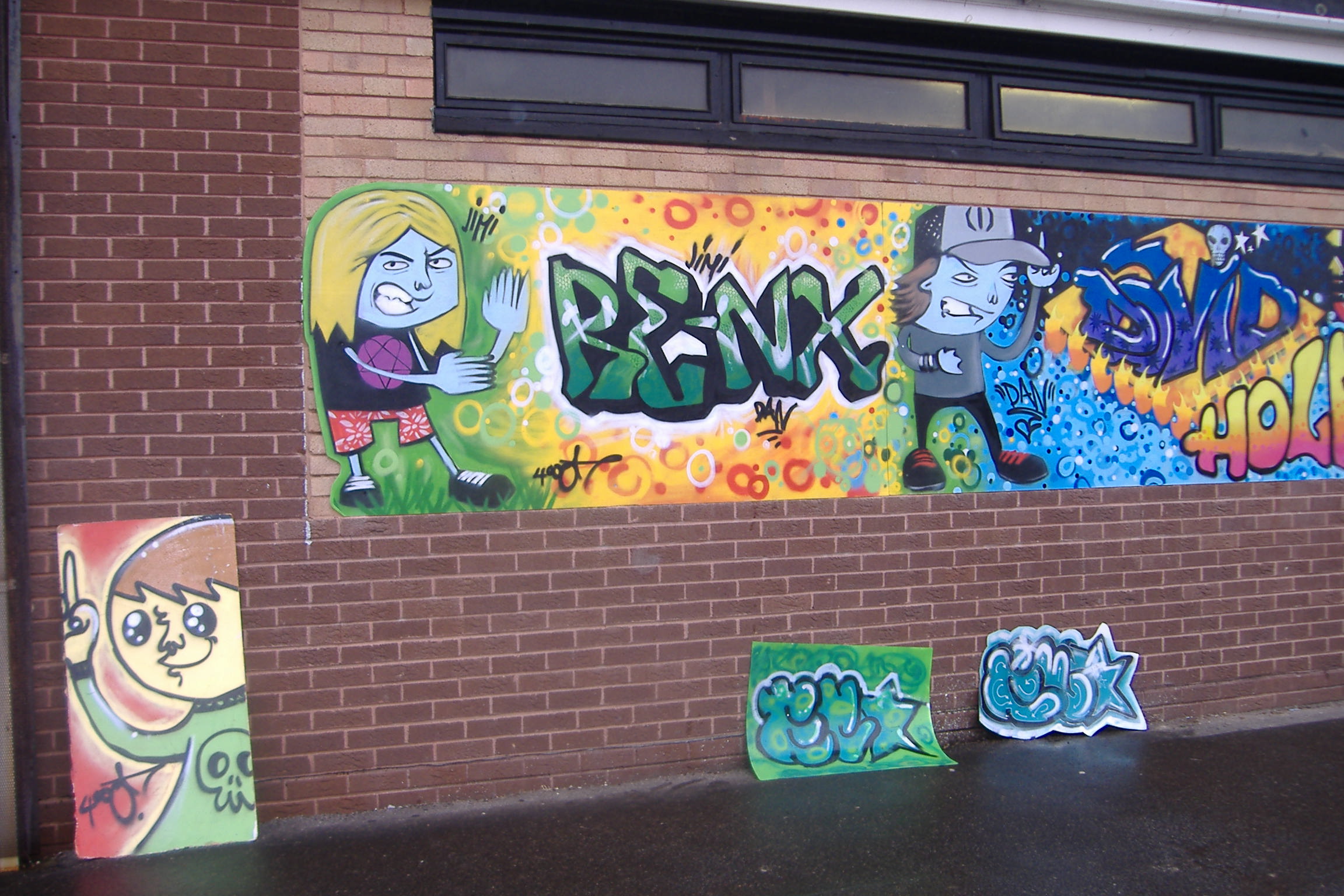 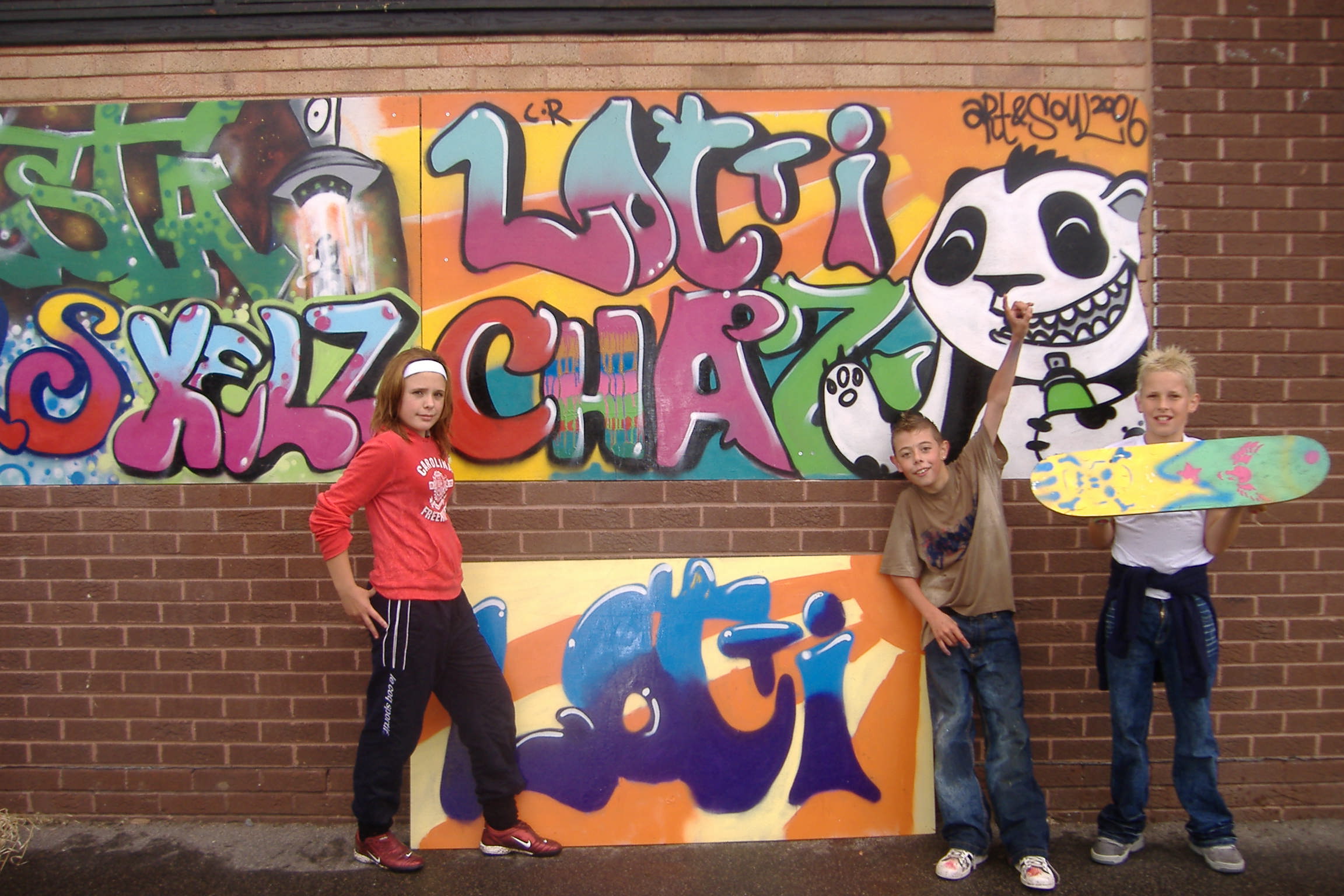 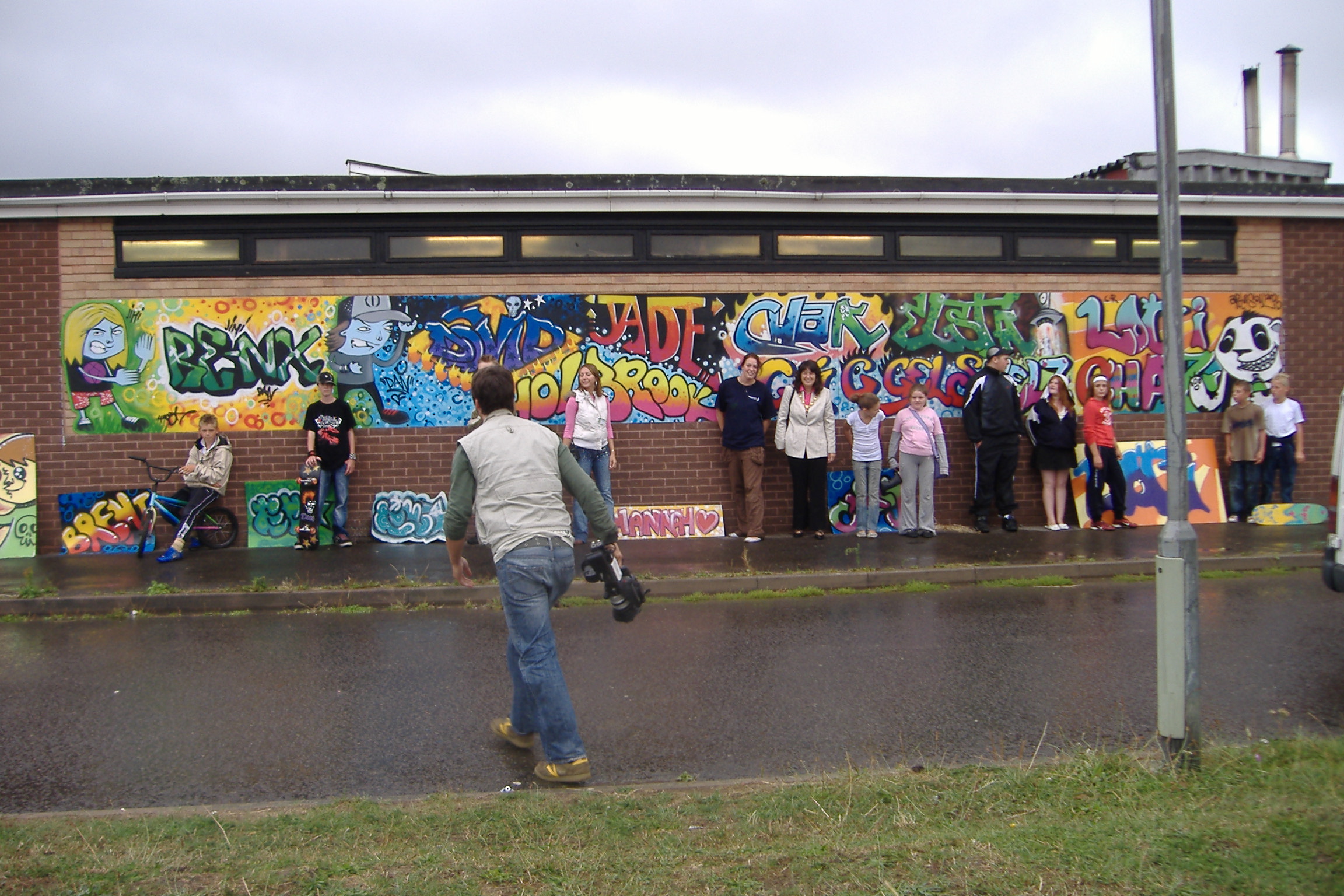 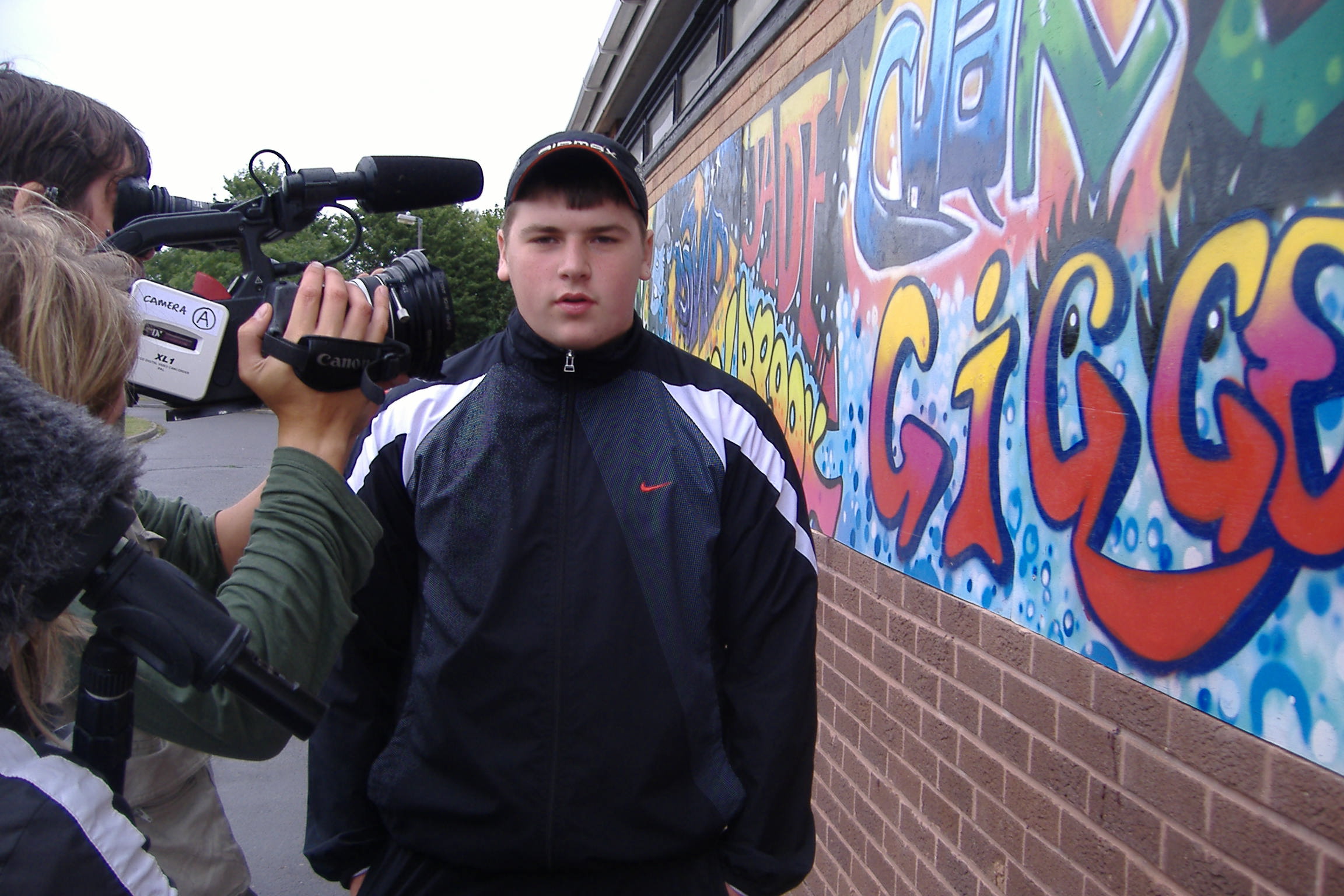 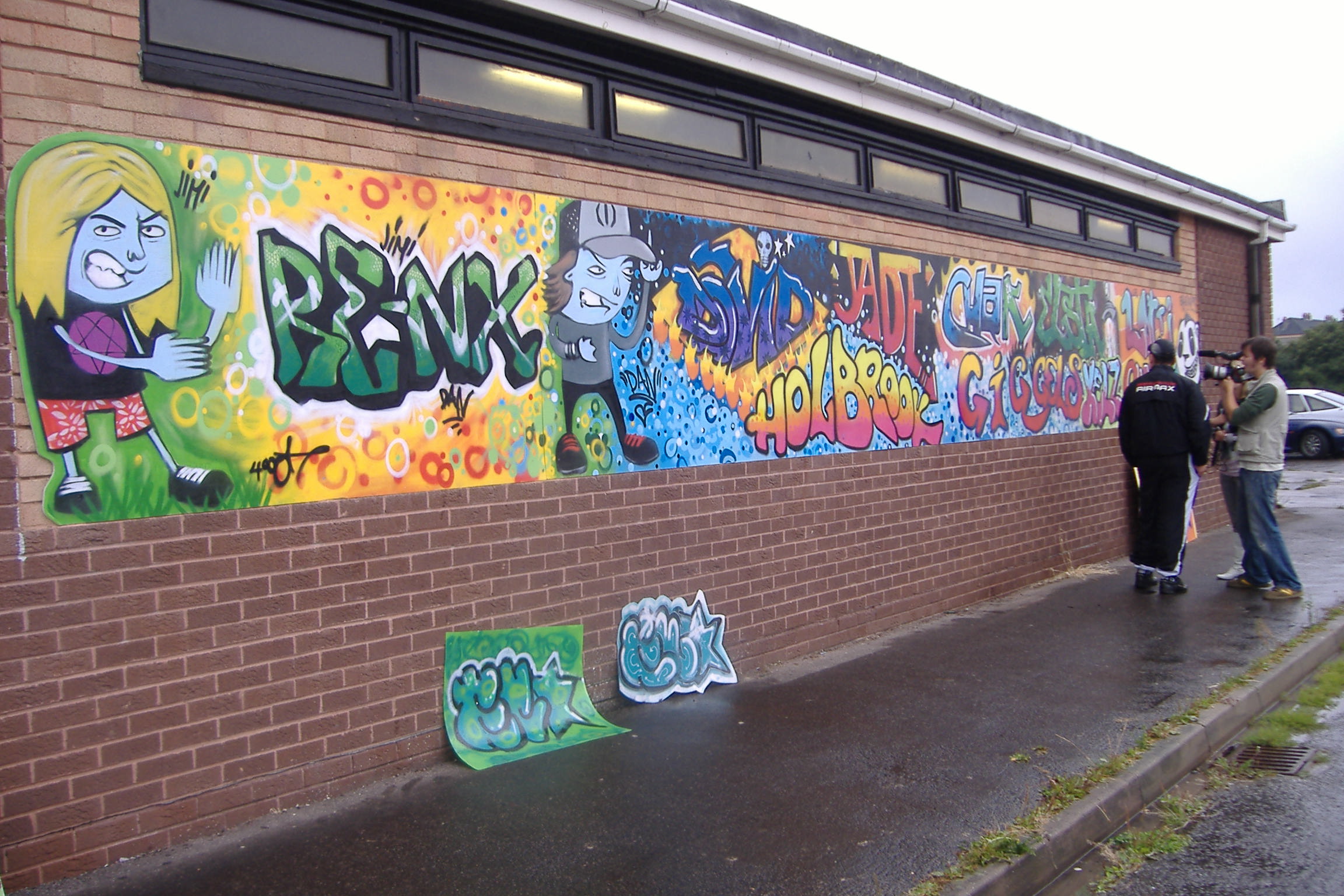 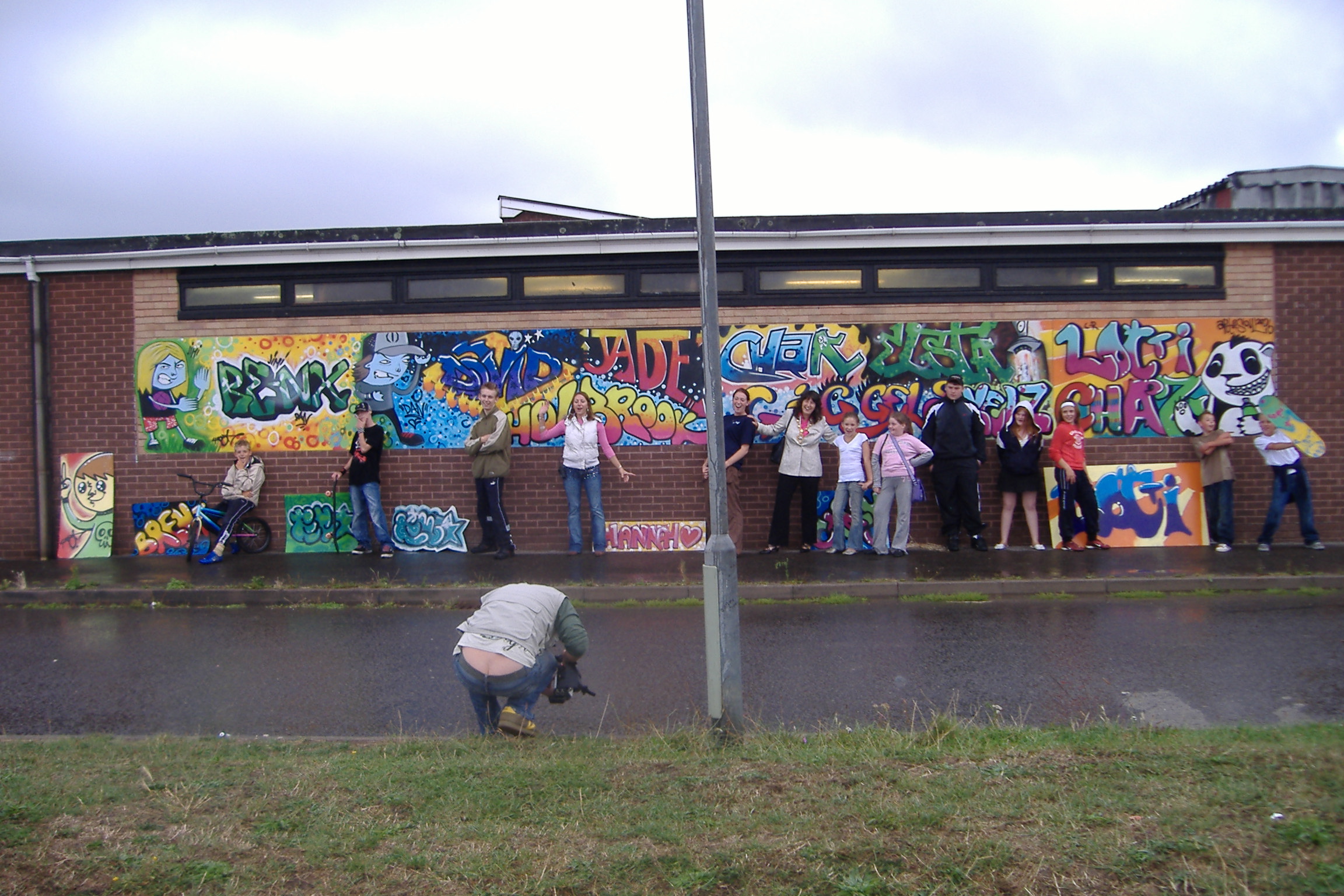 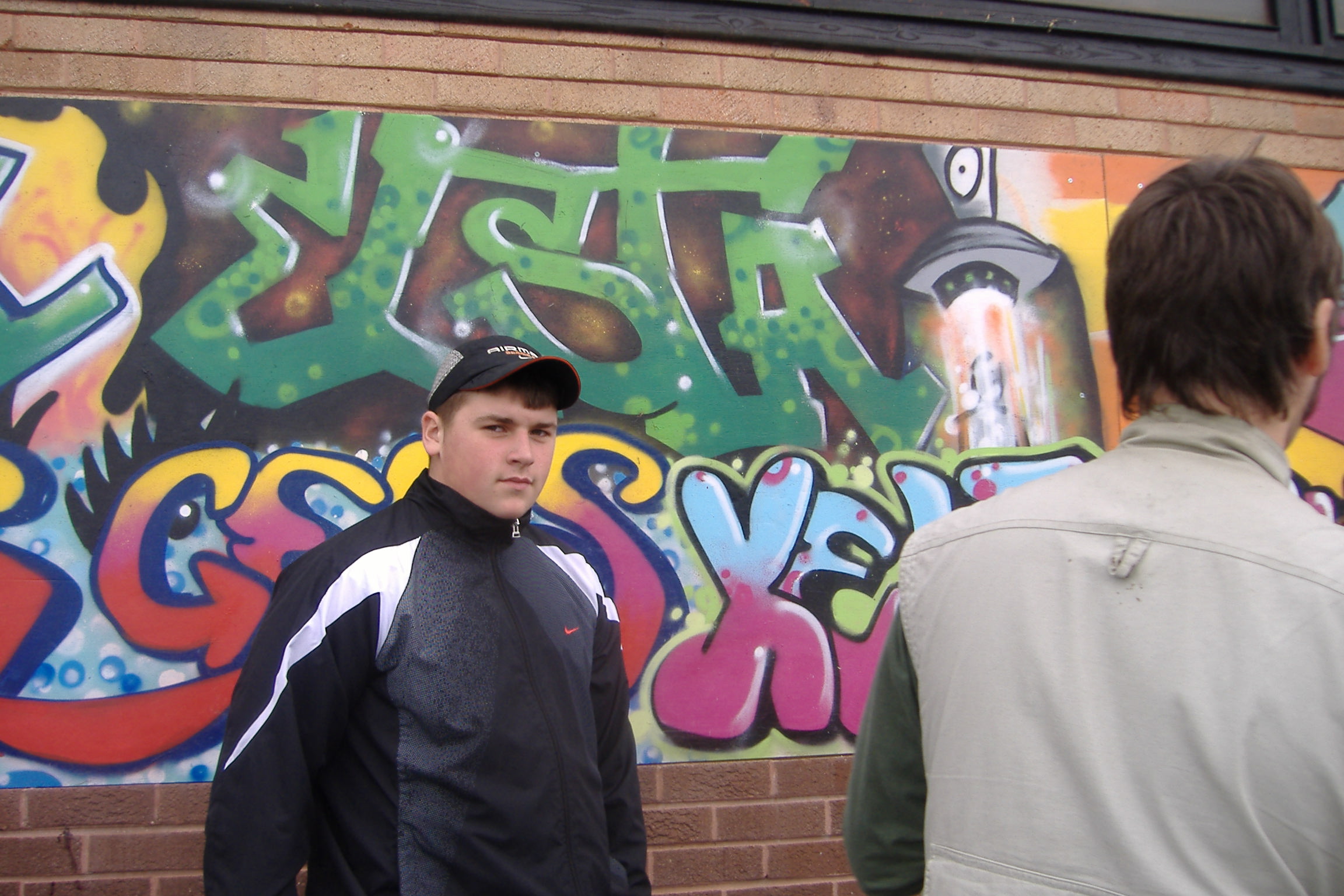 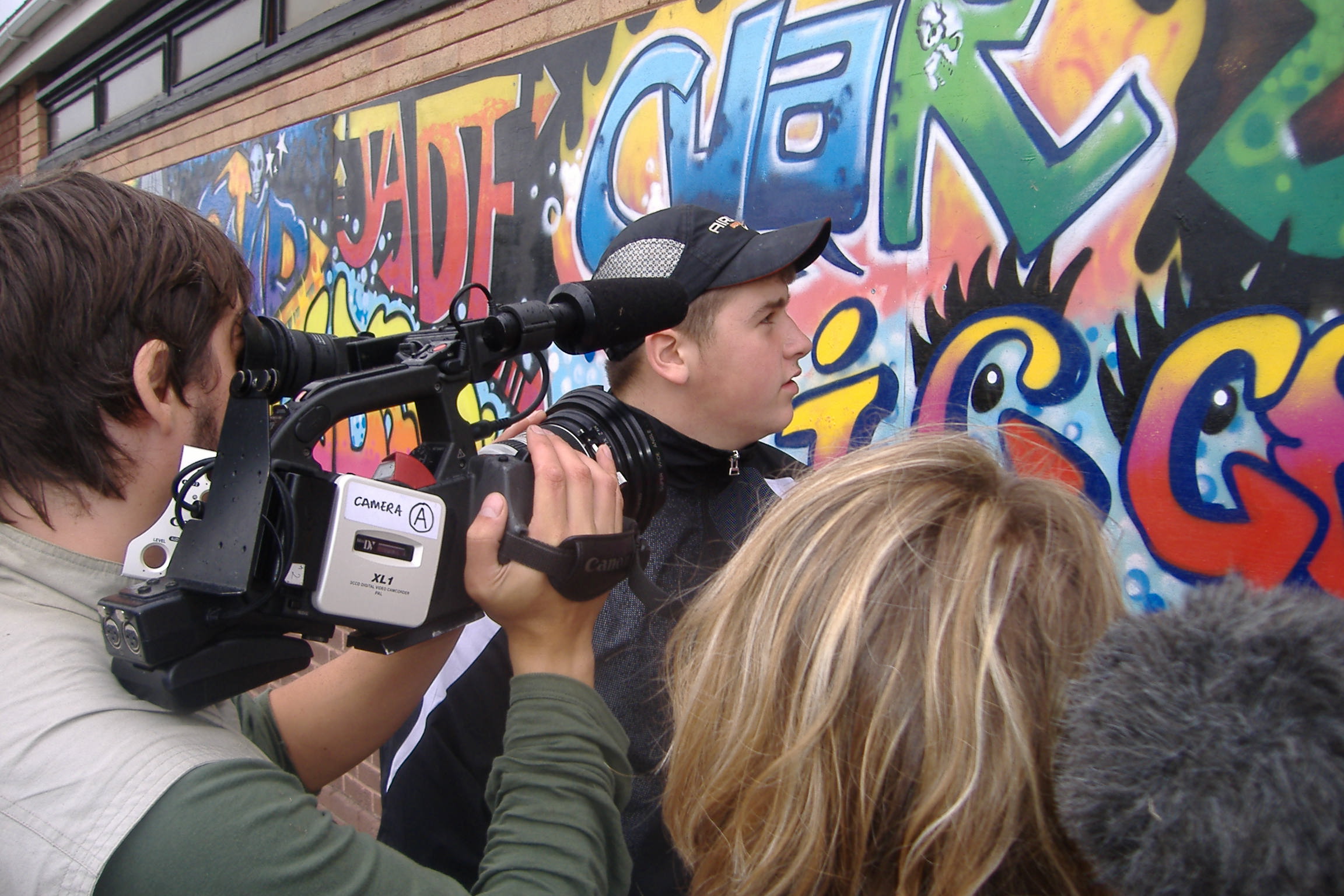 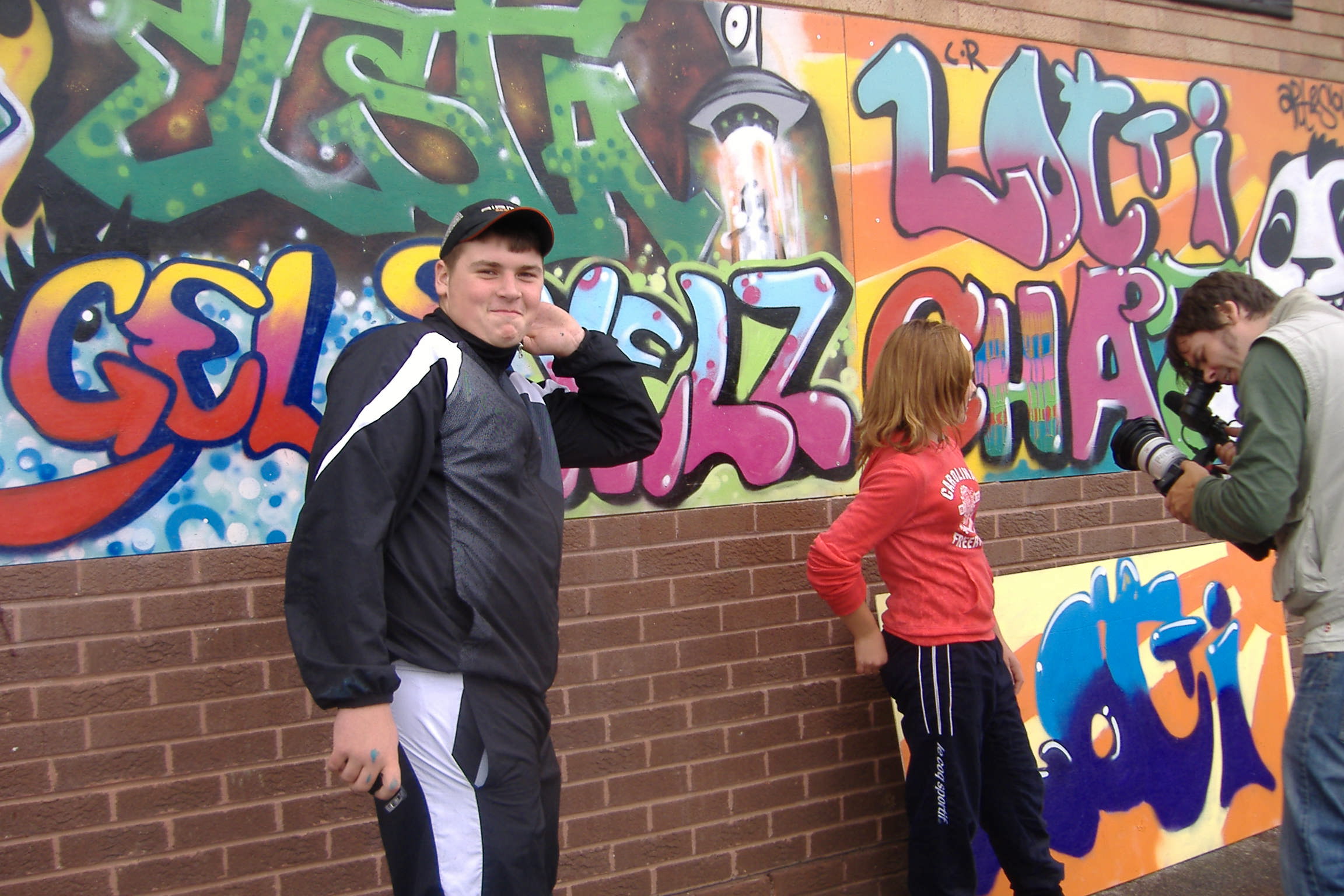