In early  1996 Eric Colbourne from the Glass and Mirror shop on Kingston Road Portsmouth and chairman of the Kinston traders Association contacted Mark after he witnessed the impact and transformation of the Jungle Book mural on the side of Burlington’s Estate Agents on New Road a few roads down where Mark had painted a mural 2 years previously.

Mr. Colborne approached the owner of the Aquatic centre Alby Hiscock with the idea of a mural to cover the 44ft x 15ft high wall which had just been built over existing windows to accommodate extra fish tanks in the shop. Mark painstakingly took over 2 weeks to design and replicate a detailed tropical underwater sea scene which quickly became a local landmark along with the jungle book mural.

Mr. Hiscock said, “Its absolutely brilliant, the colours are fantastic- people keep stopping in their cars to look and take photos”.

A memorial plaque on the mural was unveiled by Lady Rose, wife of the late Sir Alex Rose who was a local greengrocer who became a national hero by sailing around the world single-handedly in 1968 on his boat the lively Lady.

Sadly the mural has disappeared a few years ago when new owners of the shop decided to re-install the windows. 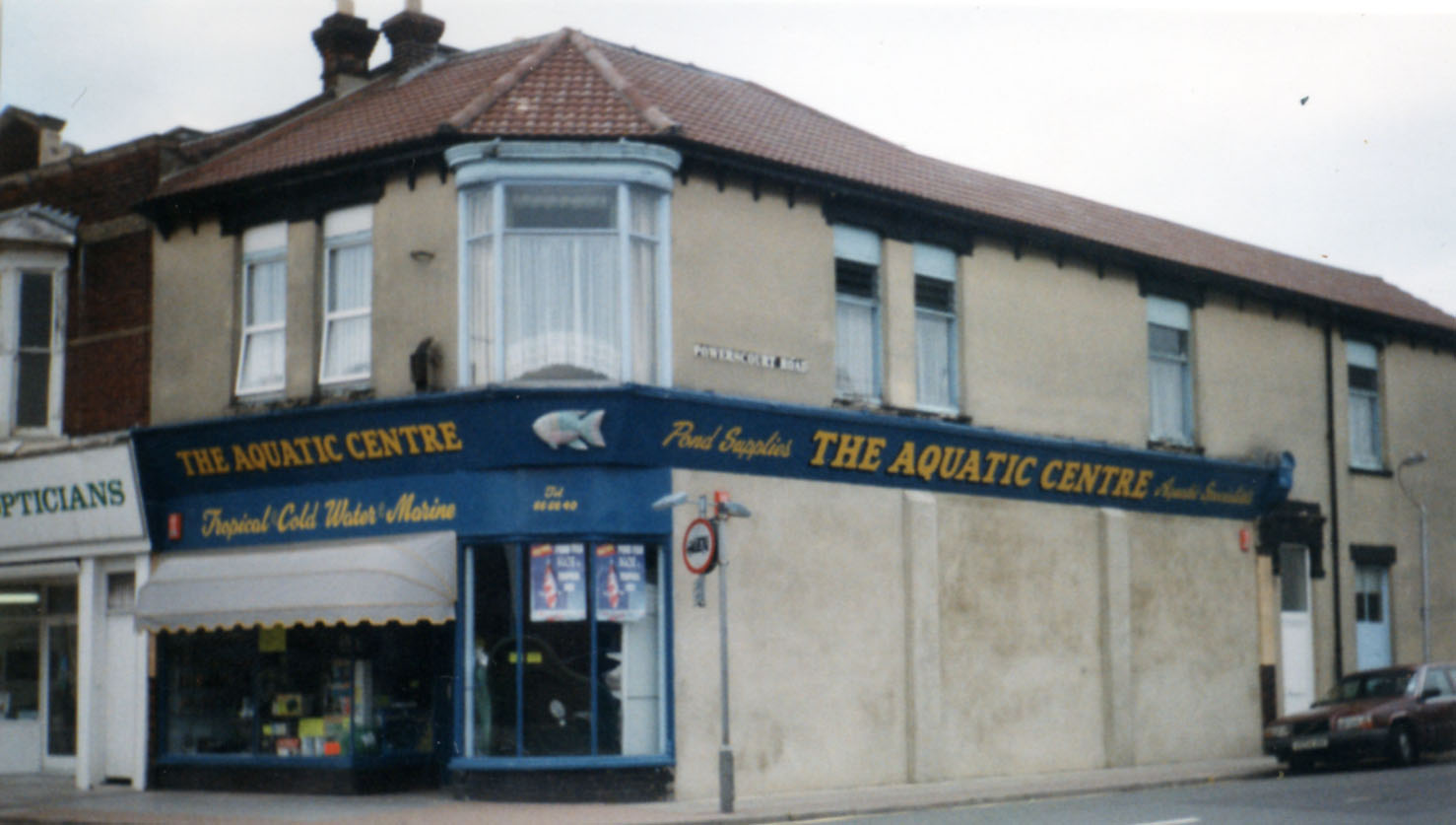 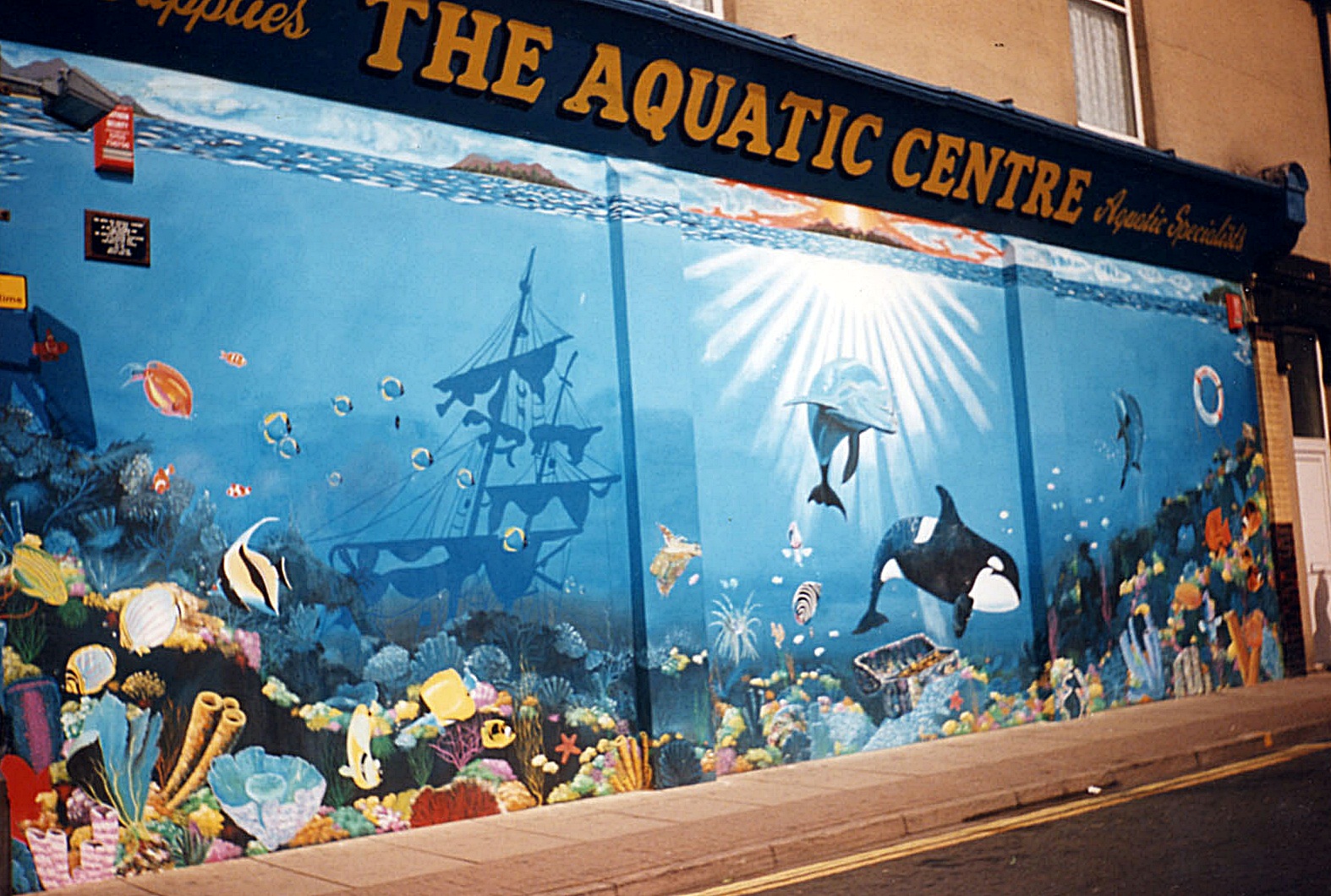 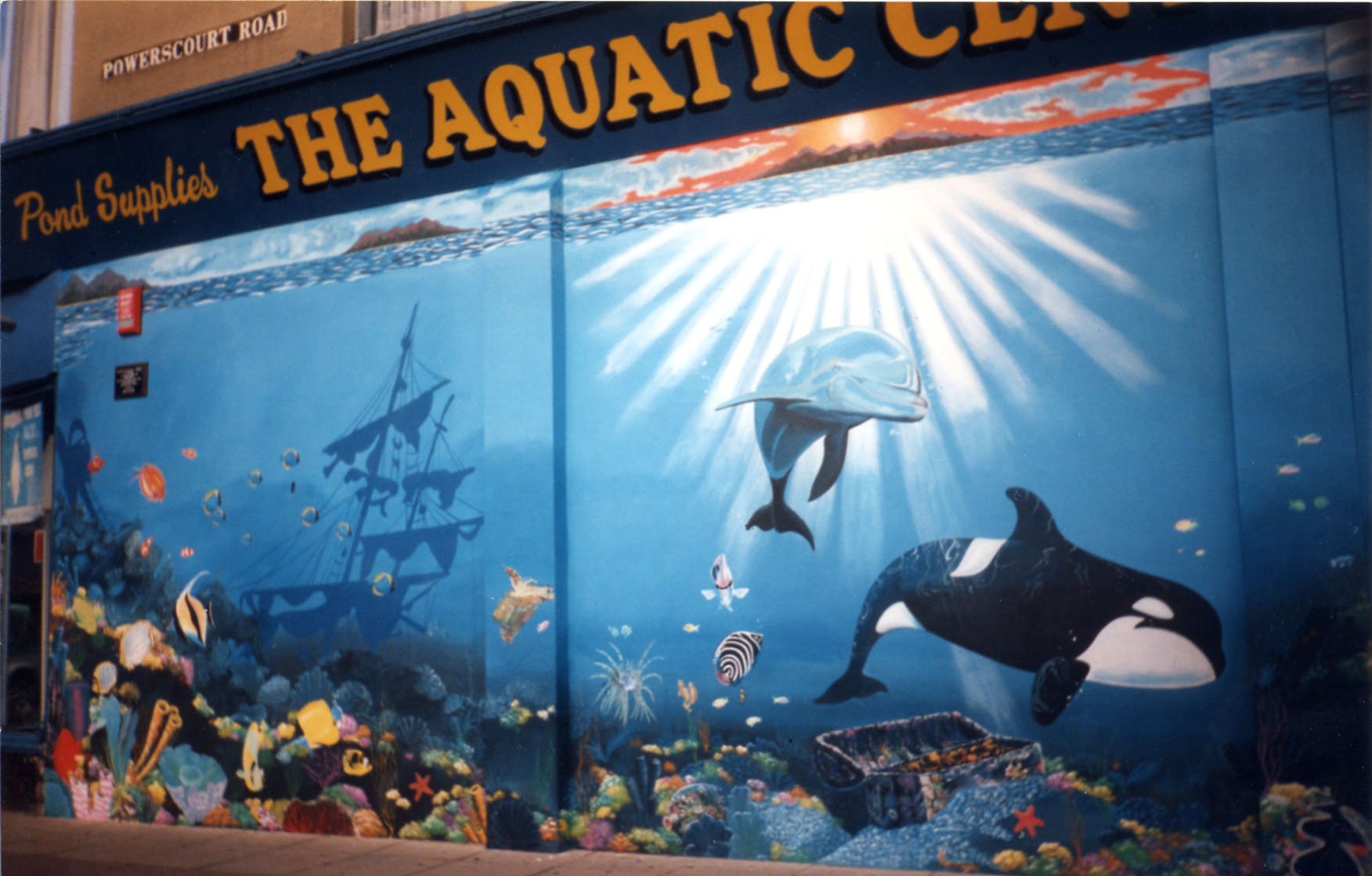 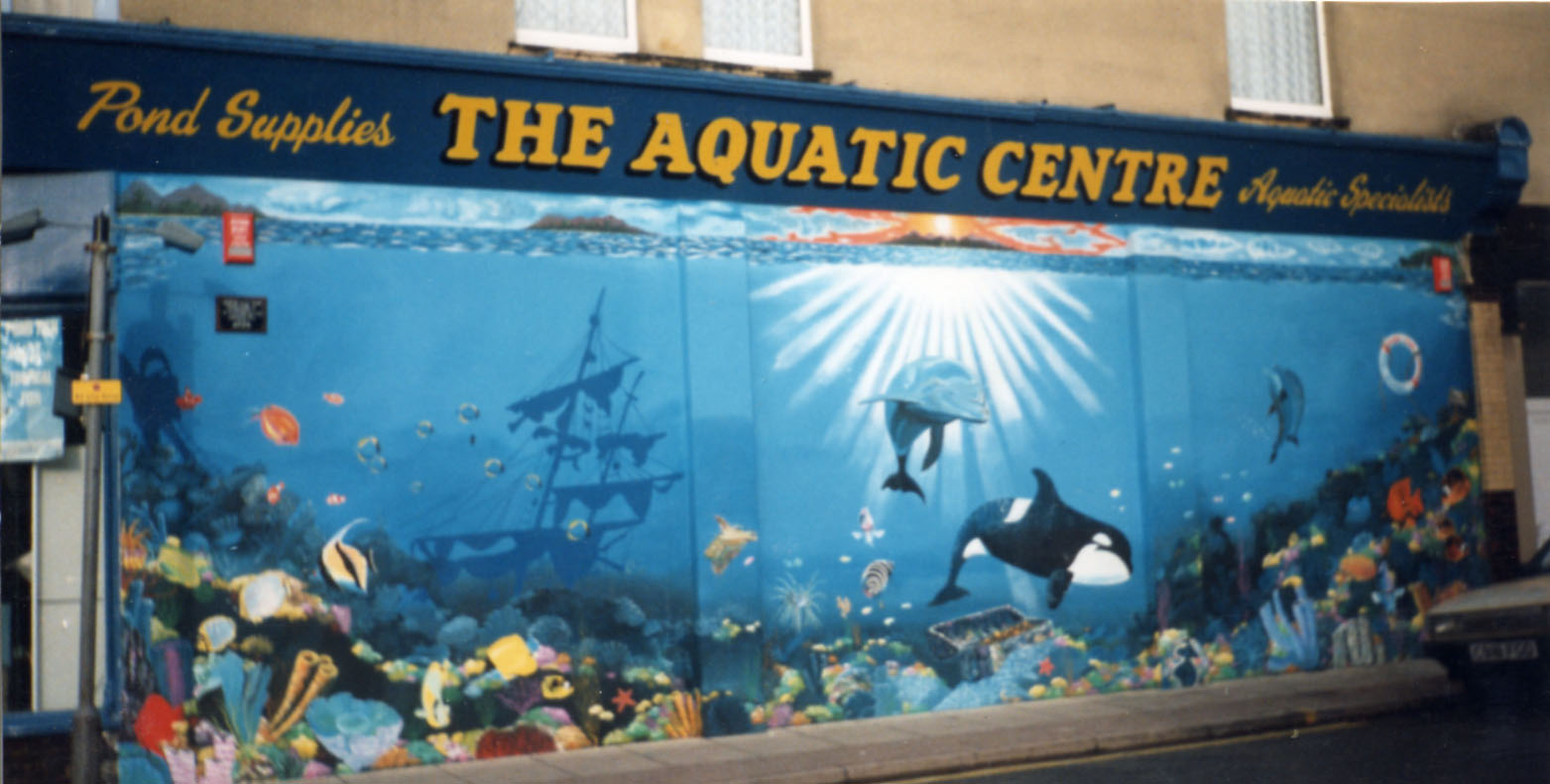 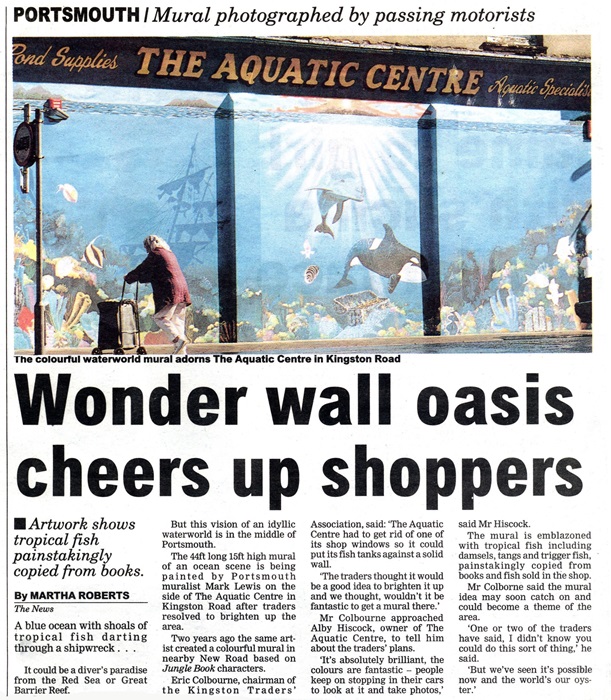 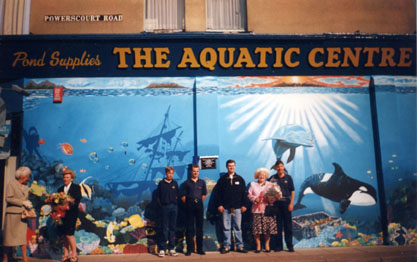 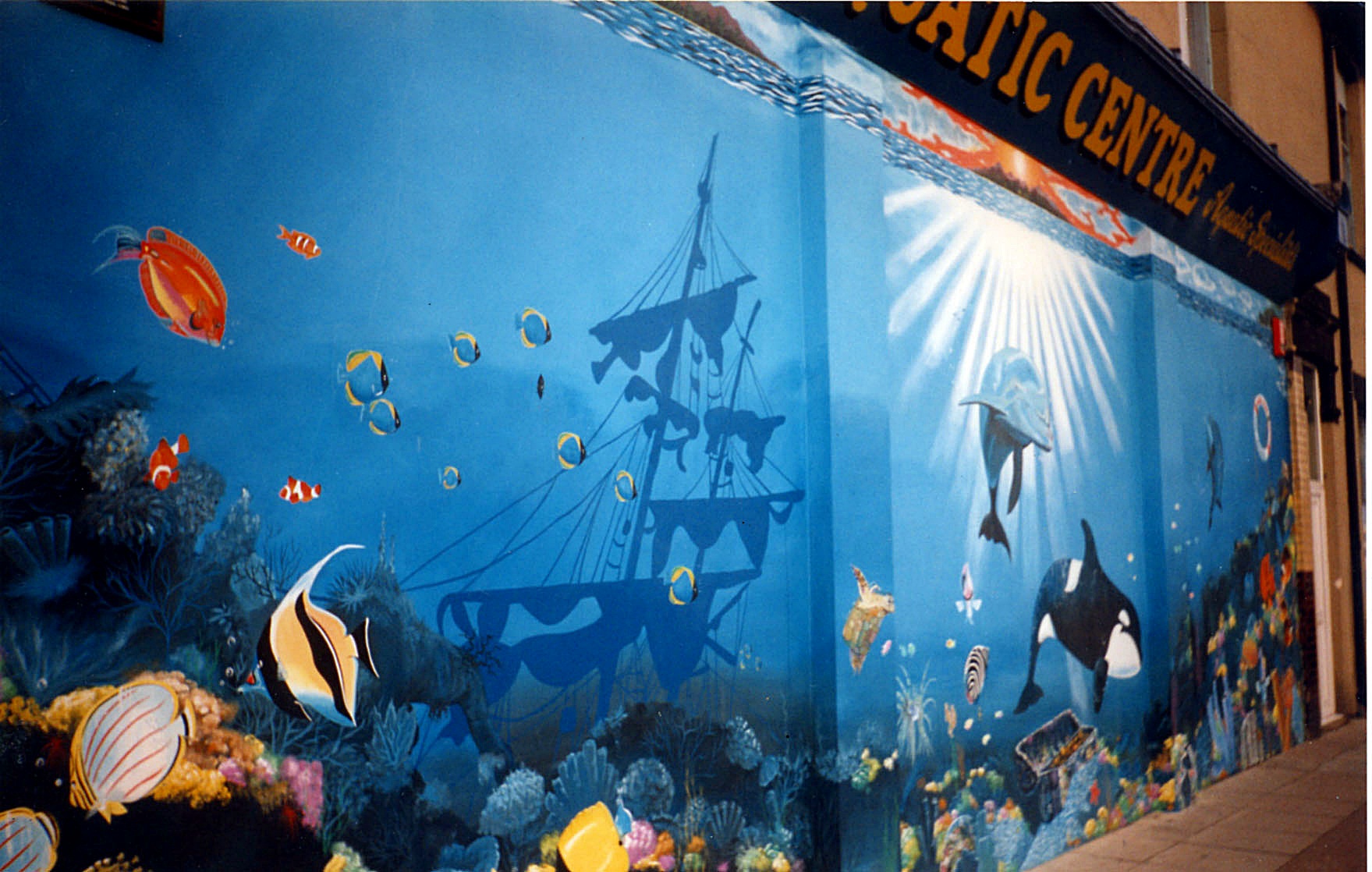 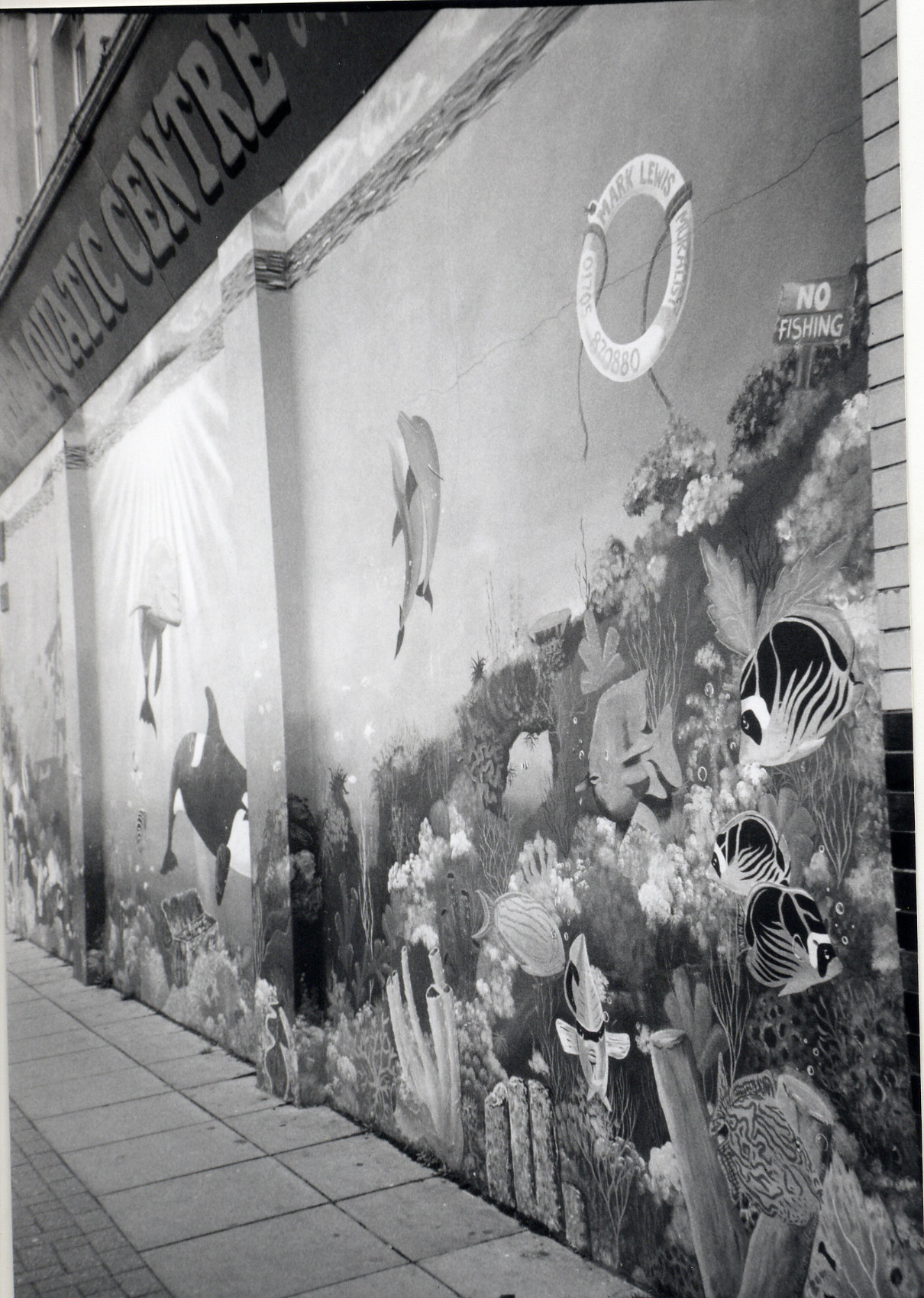 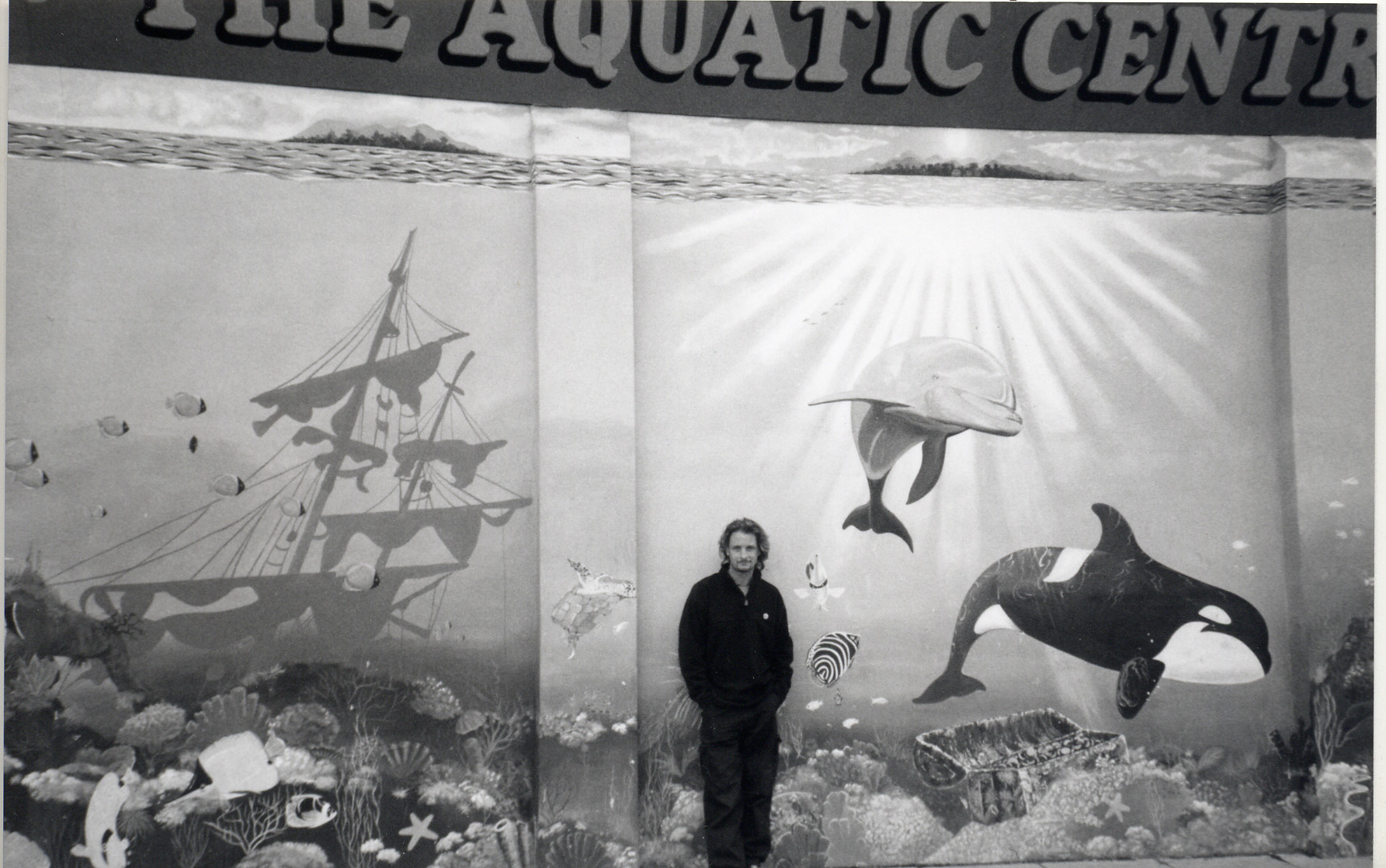