This is the first of a series that will cover an era that will go down in history as the last of the monumental music and art movements of the UK,  the last two decades of the millennium saw an amalgamation of thoughts, styles and musical influences that have lasted the test of time.

This is my own personal edition of a 3D glimpse into the underworld of arts, music and modern culture from the very last generation to share and hold physical memories of their teenage and younger years before the digital age of the millennium.  A musical and social-political commentary canvas documenting the rise and popularity of modern culture from Punk, Protest, Rave and festivals this is a trip down memory lane that resembles a flashback of your life that is the foundation to all that is cool today.

The 1960s saw the emergence of political activism as a counter culture that held values and integrity at its heart and with the 1970s seeing the rise of the environmental and antiwar movements. This became infiltrated and watered down after a while until Punk came along and gave them all a kick up the bottom and brought back the attitude that laid the way for the 1980s and 1990s where counter culture had an everlasting and monumental effect on the way that generation thought about politics, society, culture and the planet.

Collected over 35 years by an obsessed artist who never knew why he was hoarding all this stuff whilst having to lug it around on every move through life. Now at the ripe ole age of 50 I have realised why I have accumulated this impressive one of a kind collection of original gig tickets, rave flyers, posters, t-shirts, tapes, records, badges, photos, postcards, magazines, police custody sheets, news articles, by not only living it with fond memories but also by tapping into the modern resonance to the past and reconnecting with that tribal movement that once romped these lands. These are memories to be treasured and not kept hidden away in a shoebox tucked in the closet but on a canvas on the wall for all to see for evermore.

I am offering  a limited series of original canvases themed in the style of Dance/ Punk/ Protest or all similar to the one you see here but this time you can also add your own most important physical memories, photos, and personal items to the work in progress to give it that one of a kind personal touch.

Please contact me at artfullodger@gmail.com for a private consultation 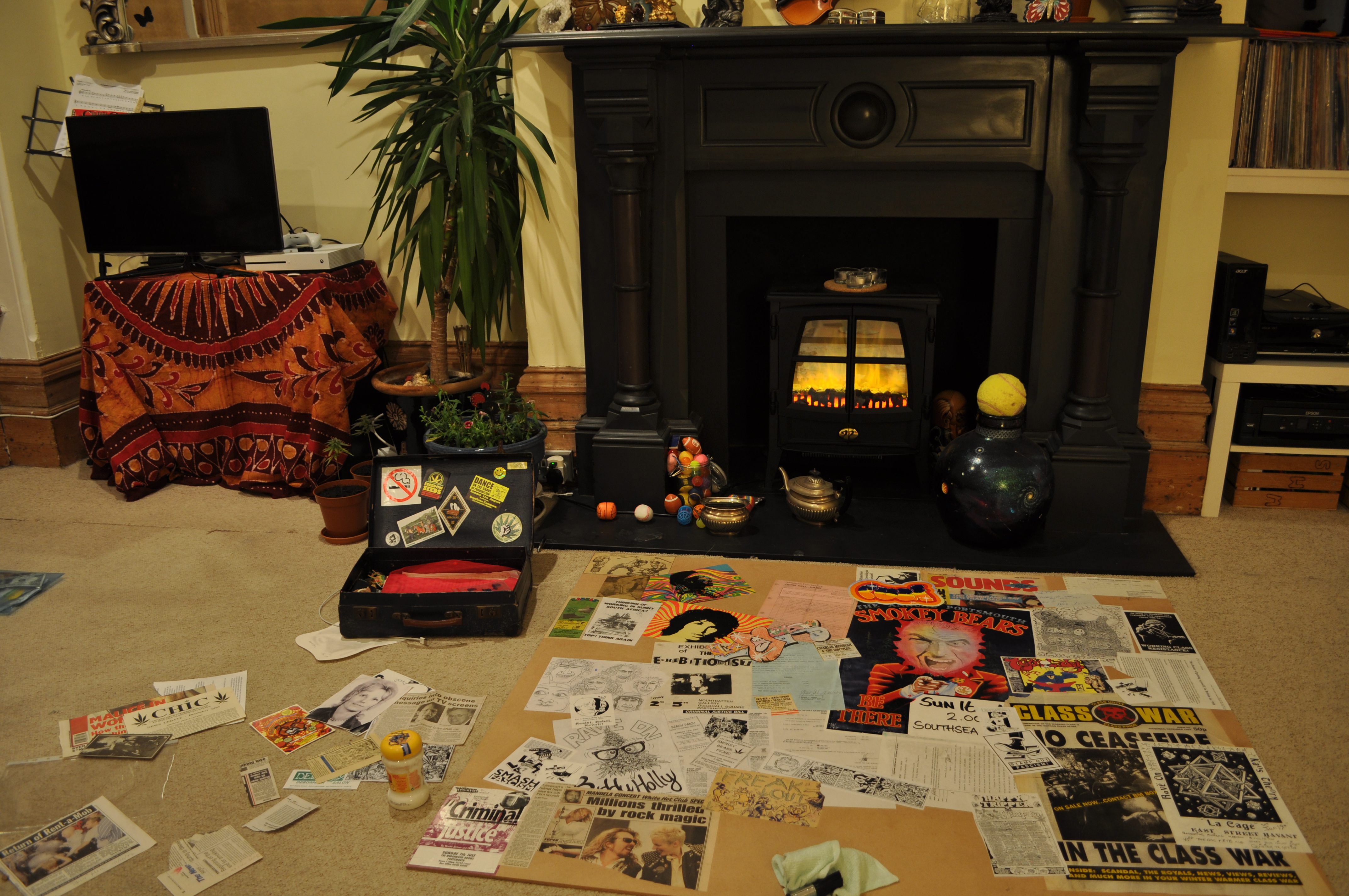 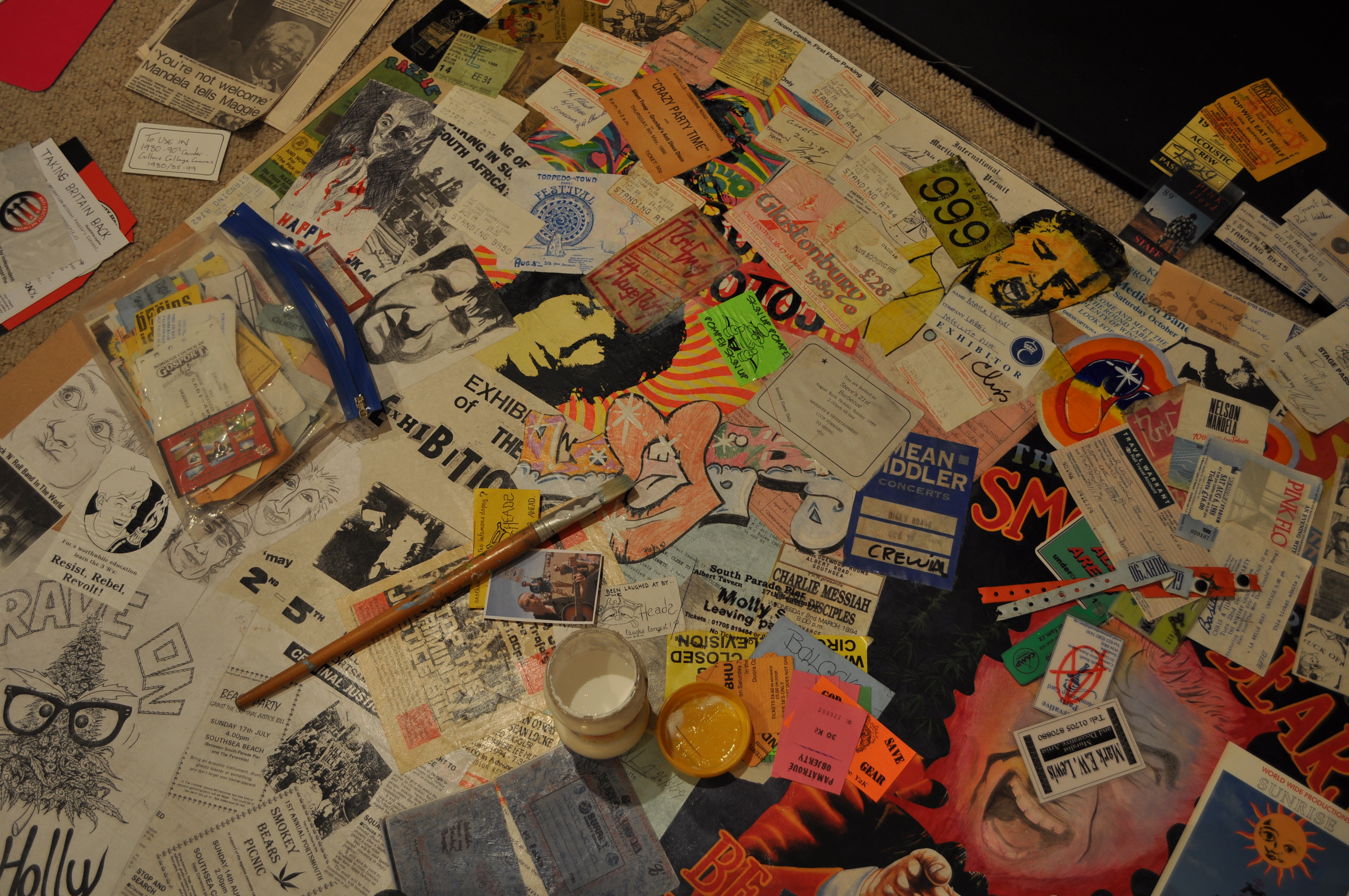 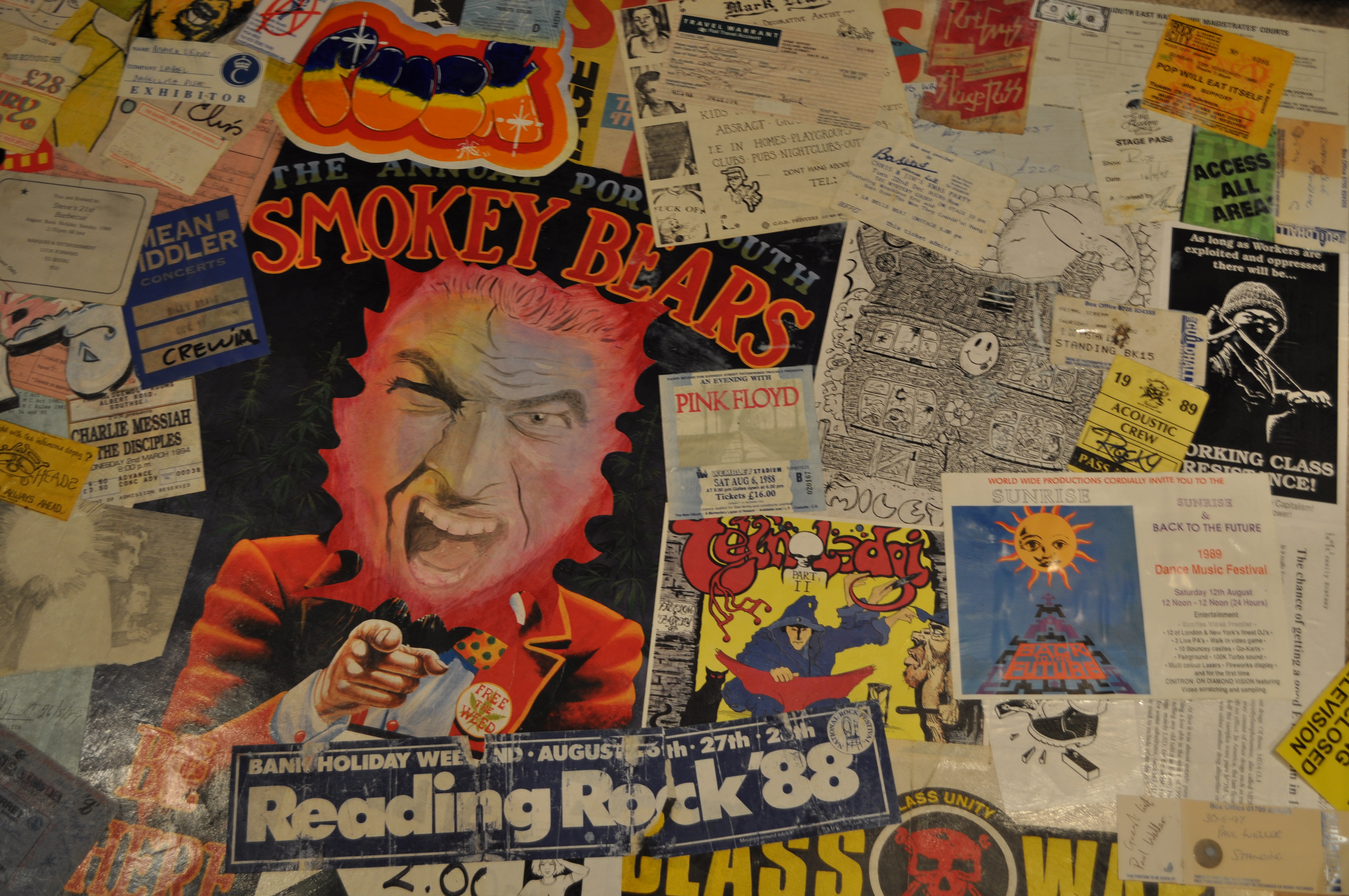 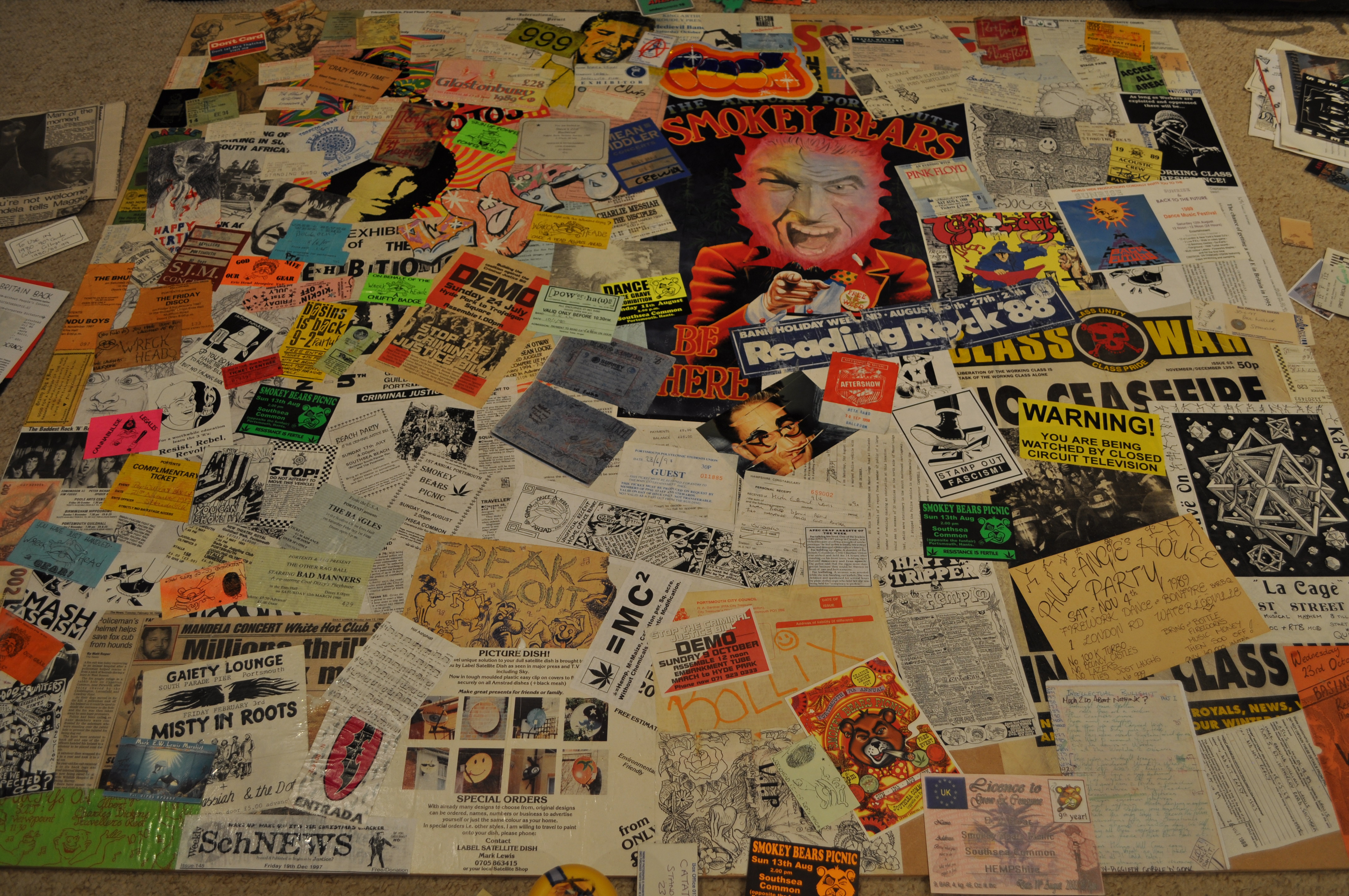 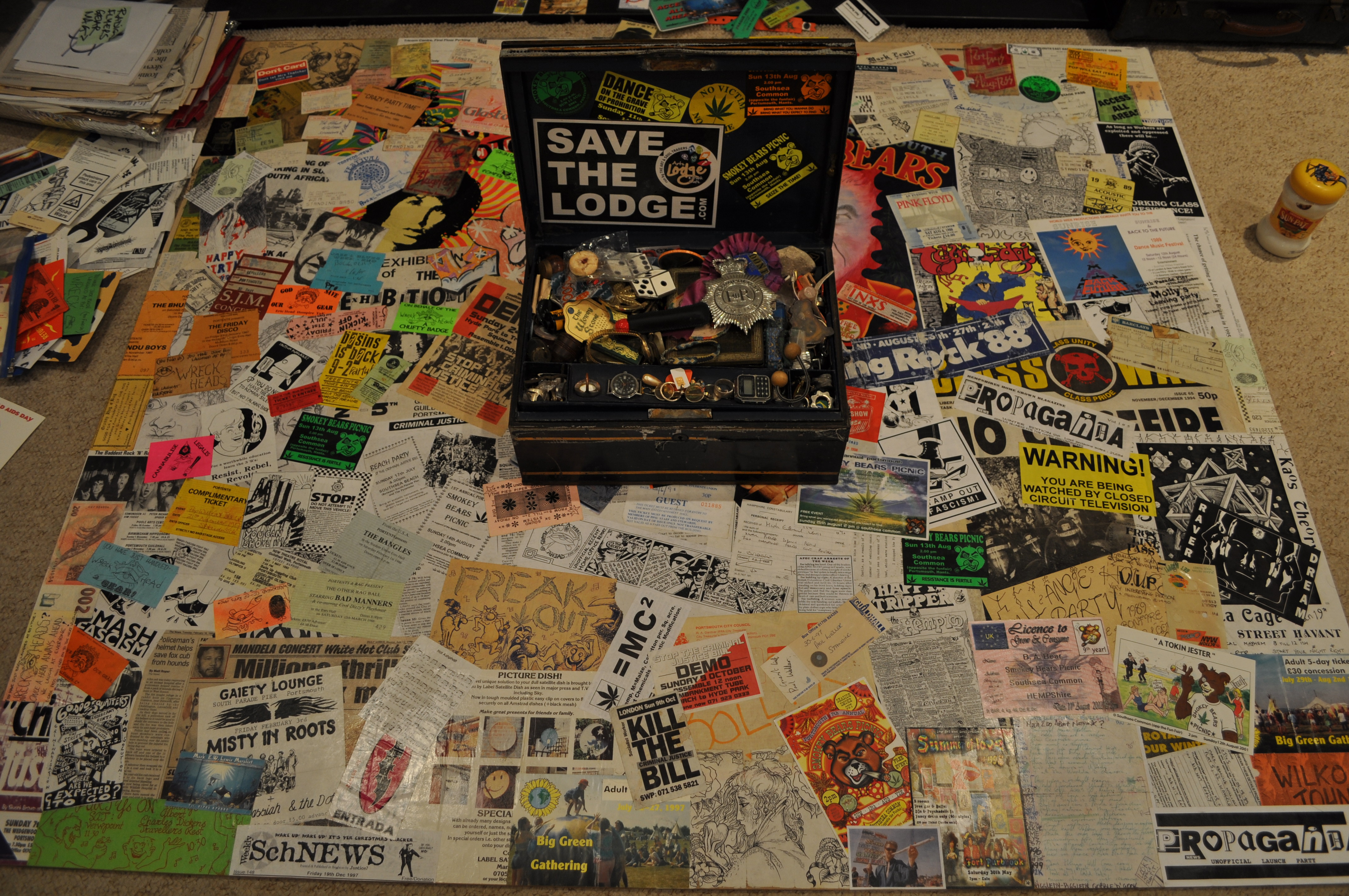 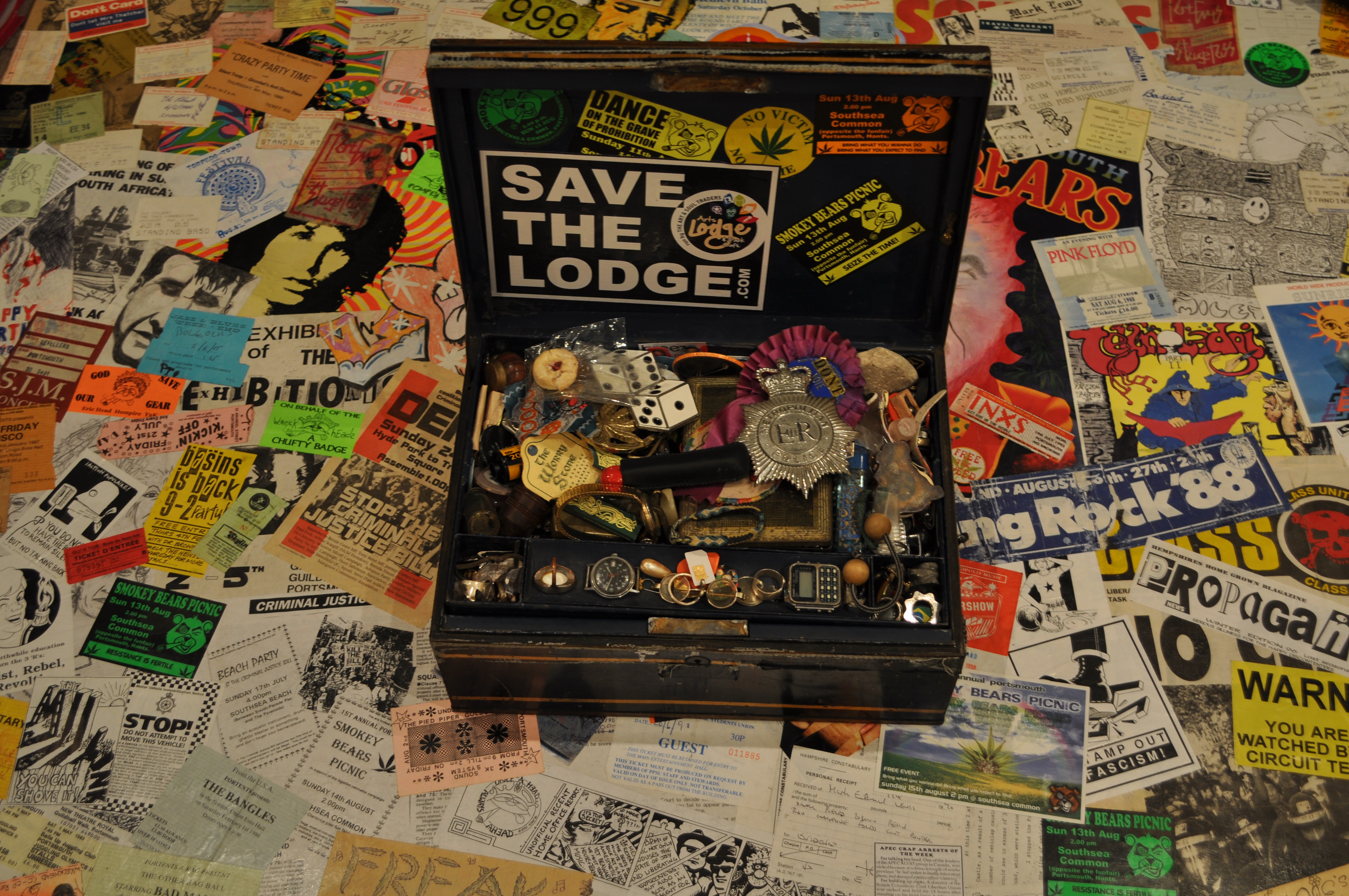 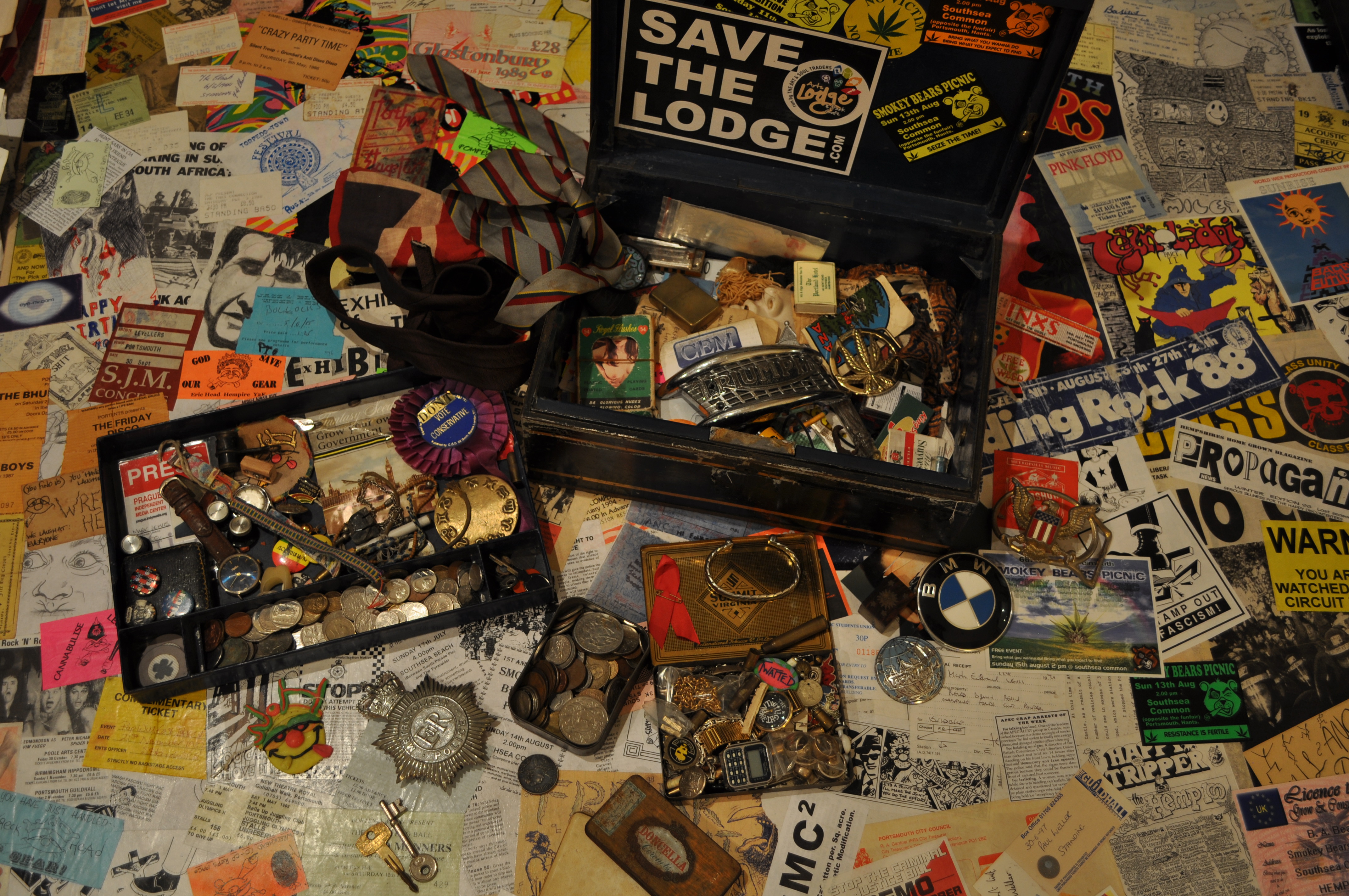 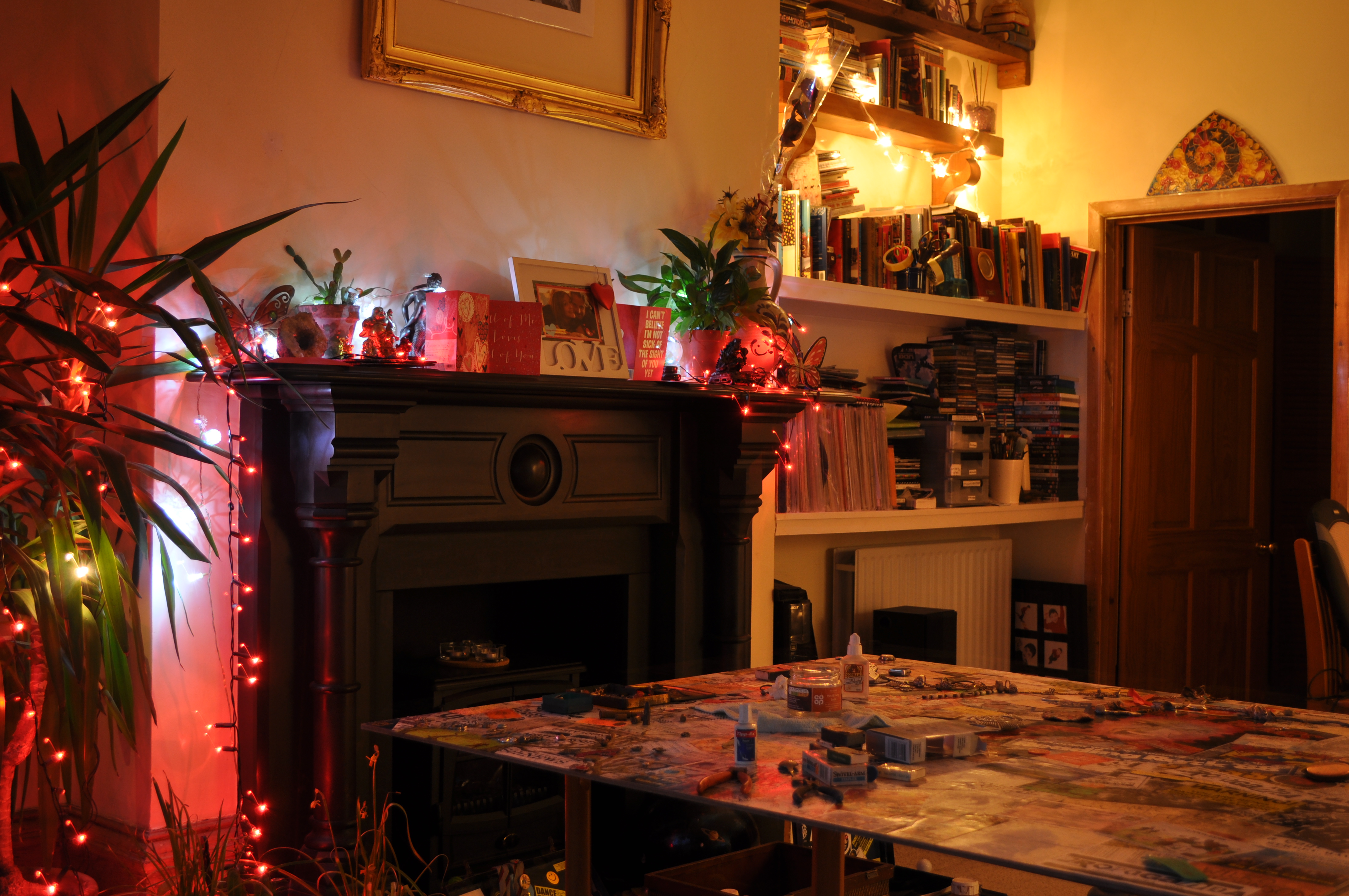 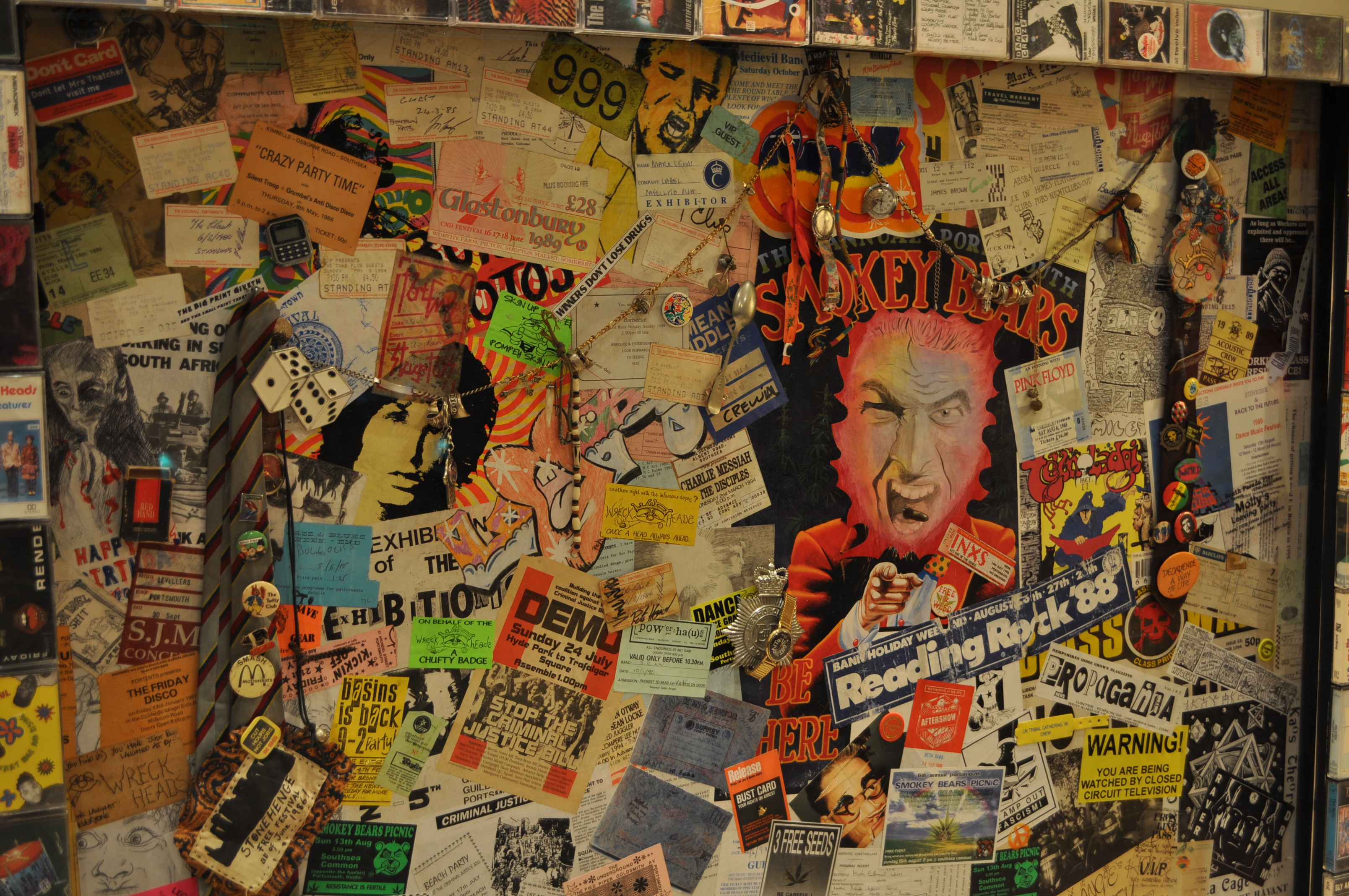 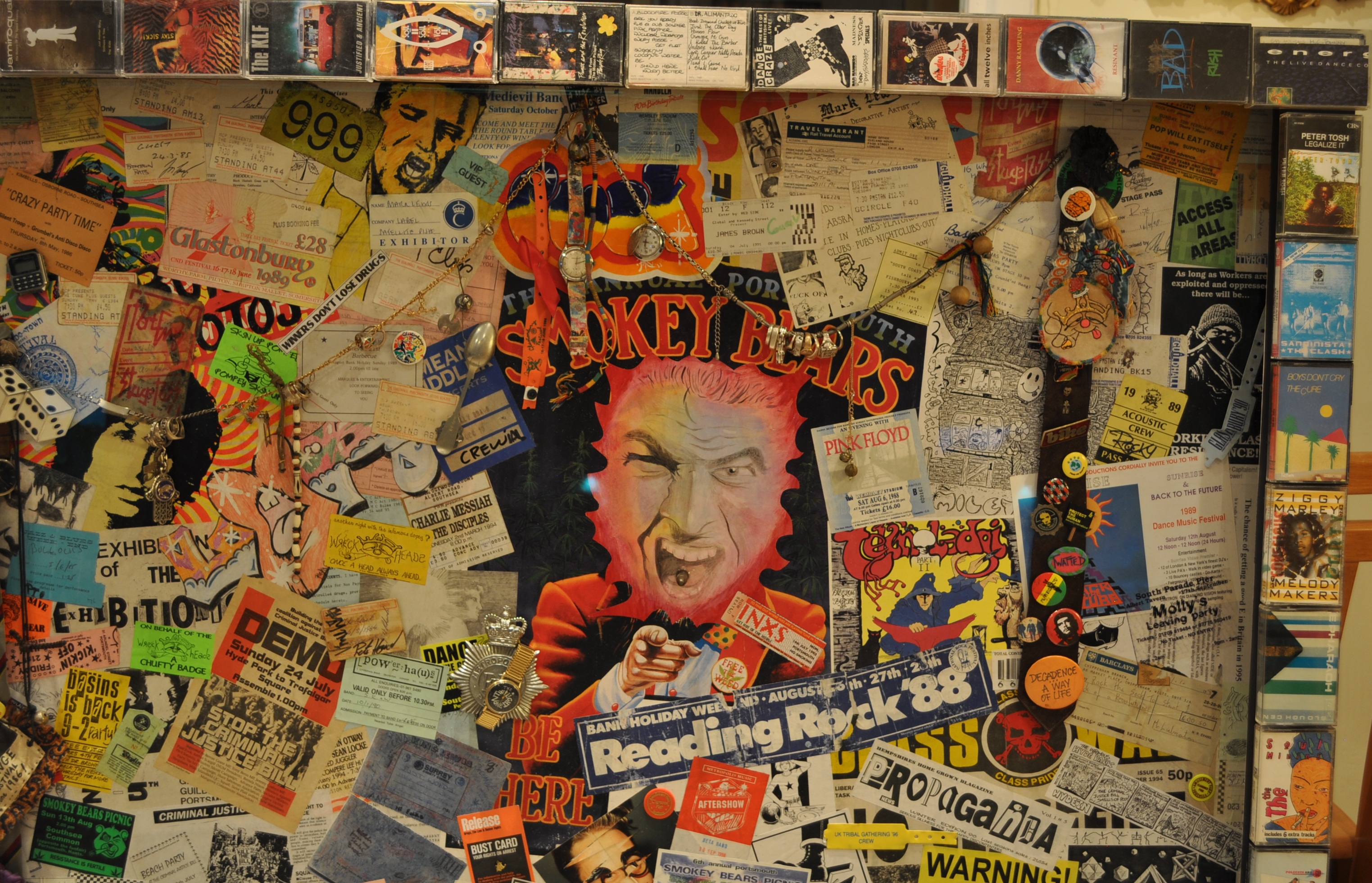 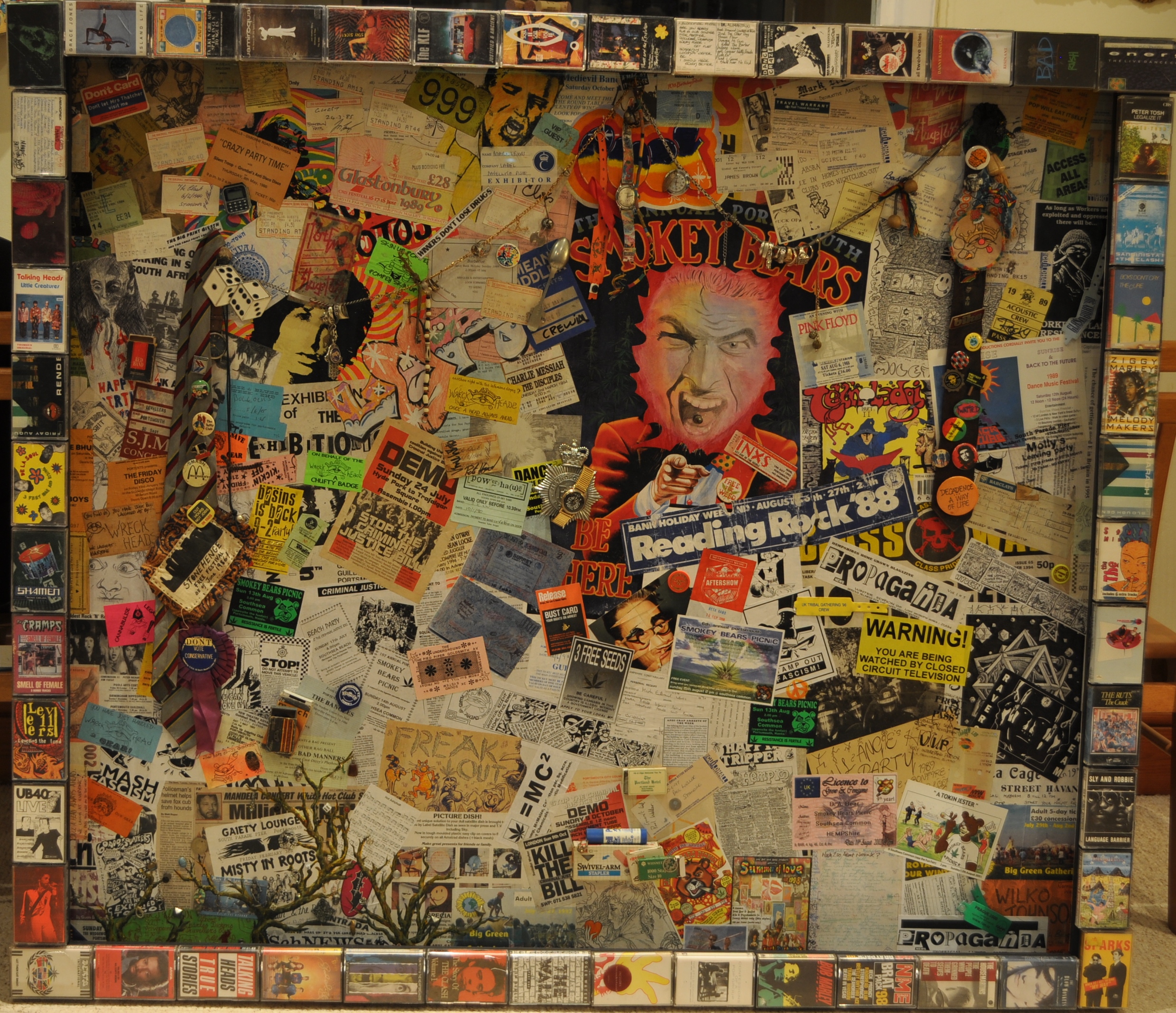