There has been more time this year to spend on the famous Strand Map mural this year adding more commission for people of their loved ones including children, couples and dogs.

Remember this is the only never-ending mural in the country and as we have a 99-year lease of the wall there can never be a billboard defacing it and after another 20 years of painting detail to the mural, it could end up the most detailed public art mural?

Imagine having yourself depicted on the map where ever you like for over 100 years for just £50! or your home, pub, shop or business van driving around the Pompey road for £150, you really can not get a better deal anywhere and you are also helping to fund a multi-award winning community arts organisation to carry on their good work. 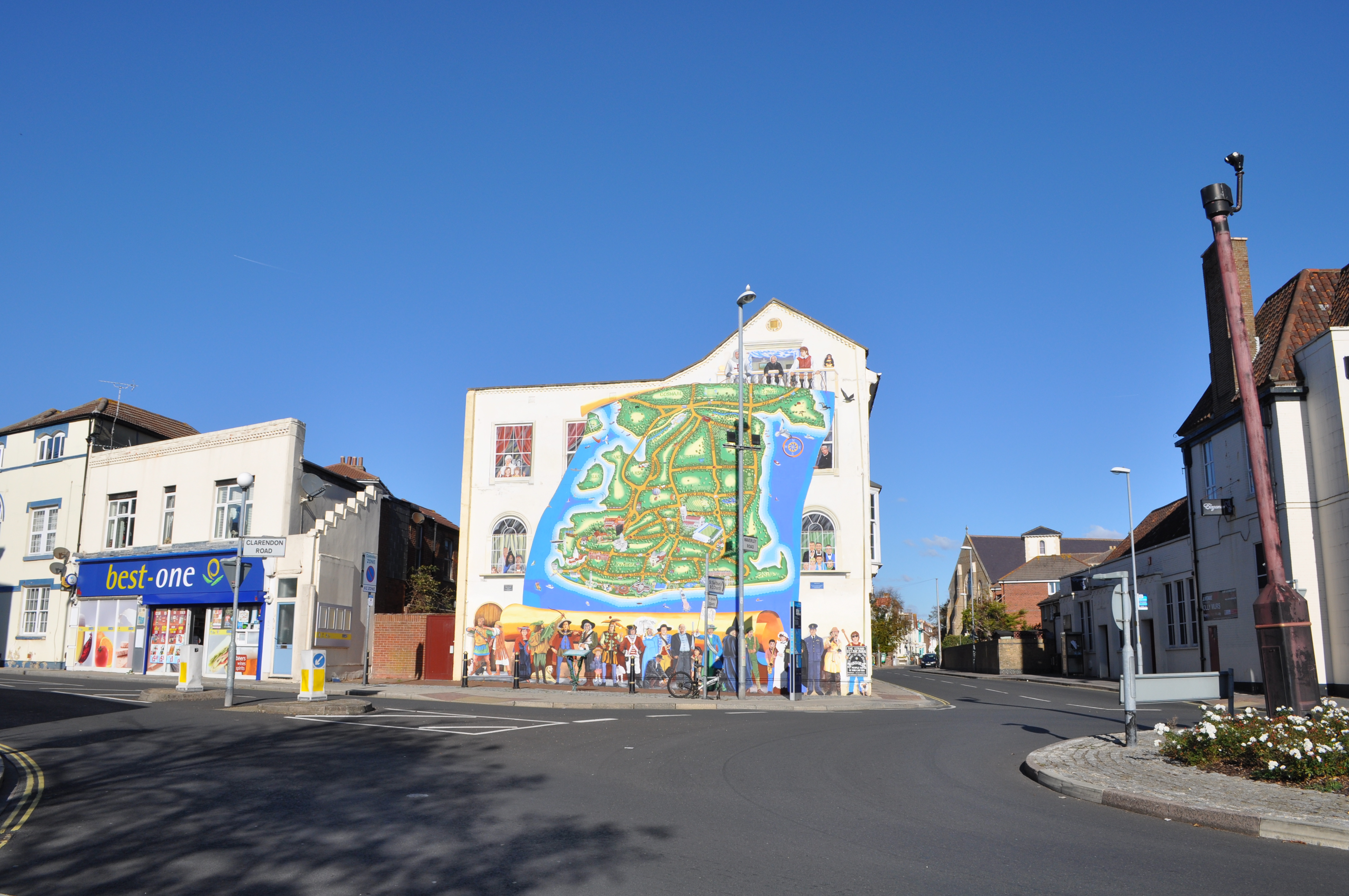 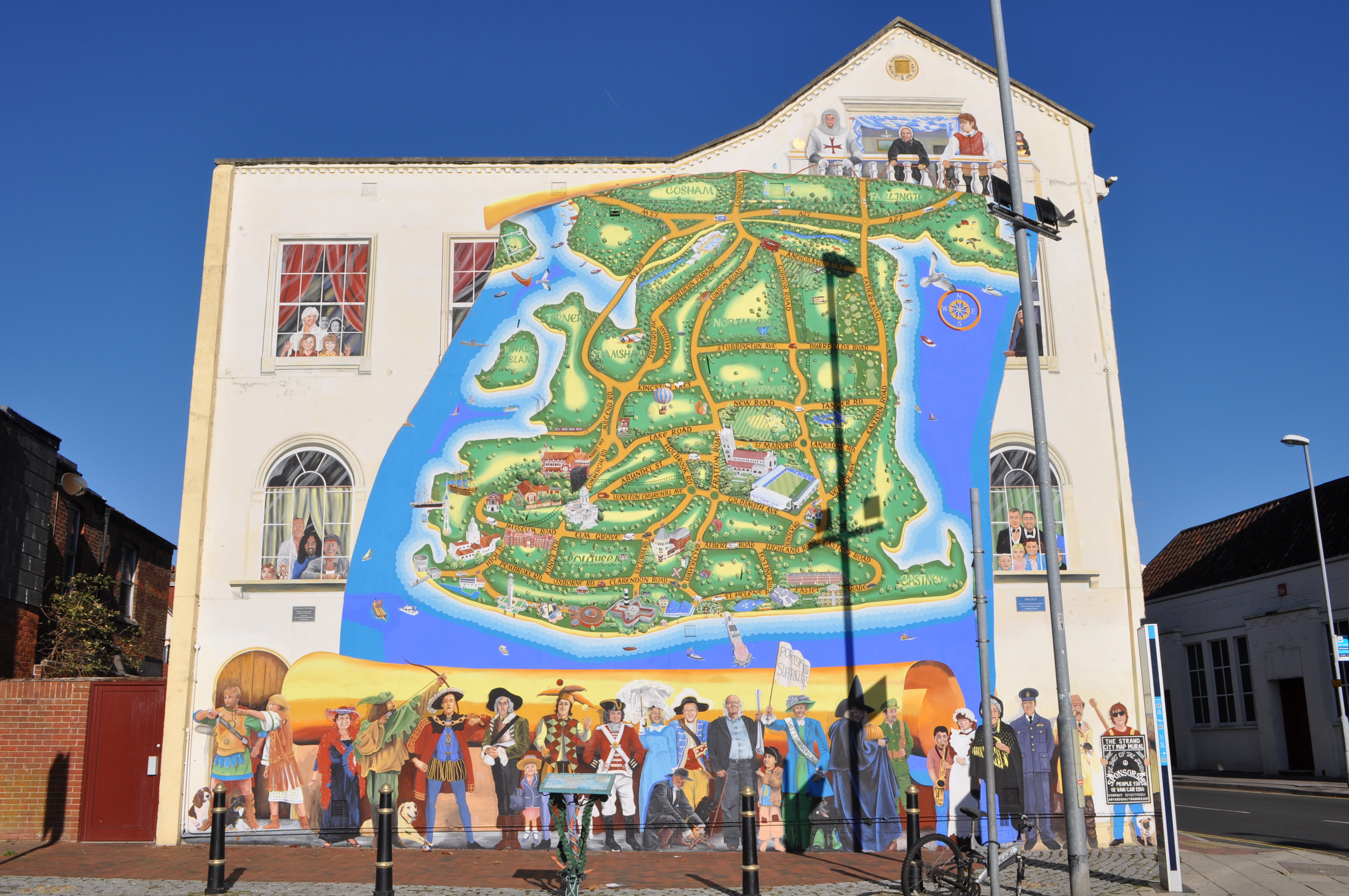 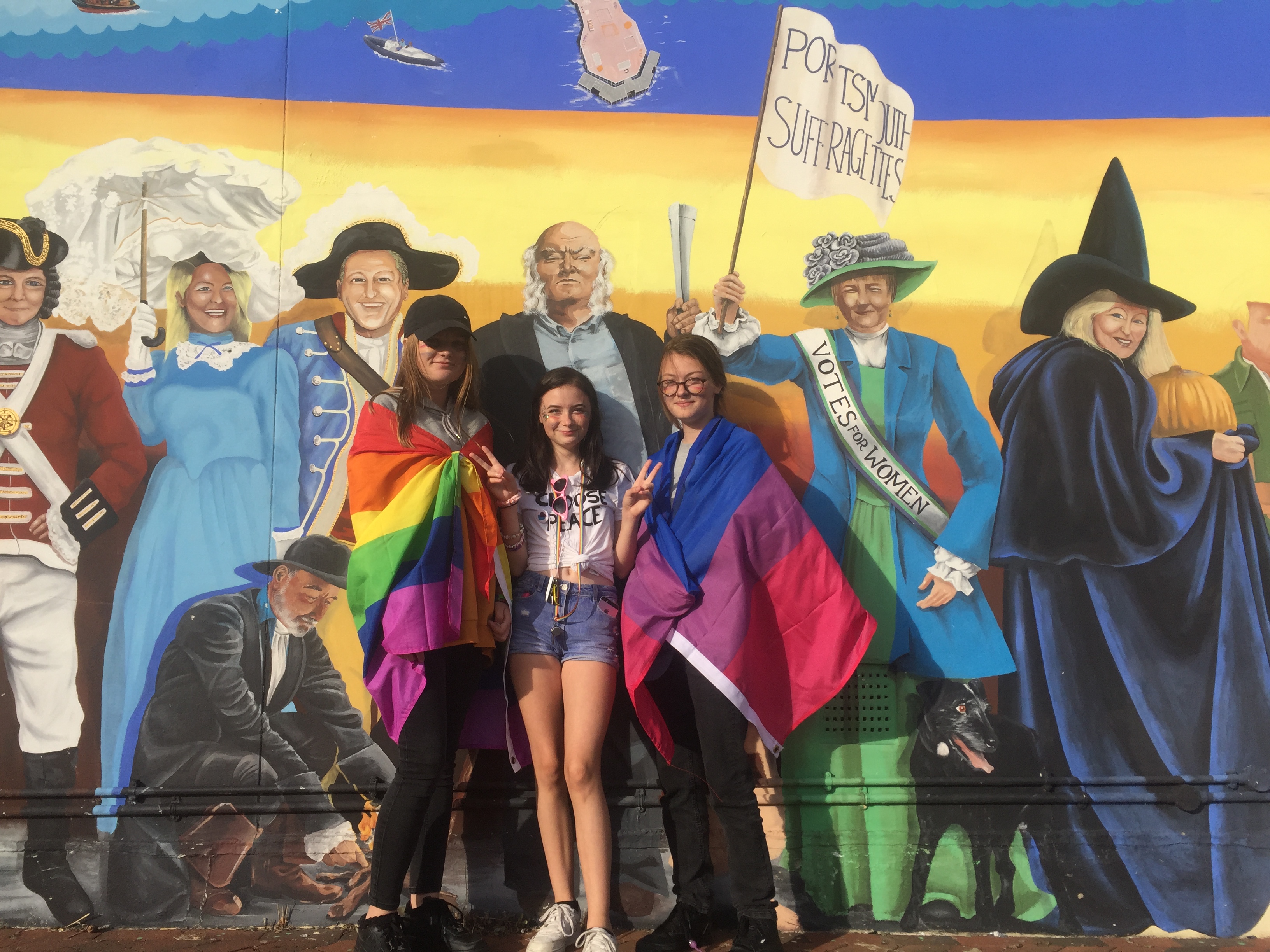 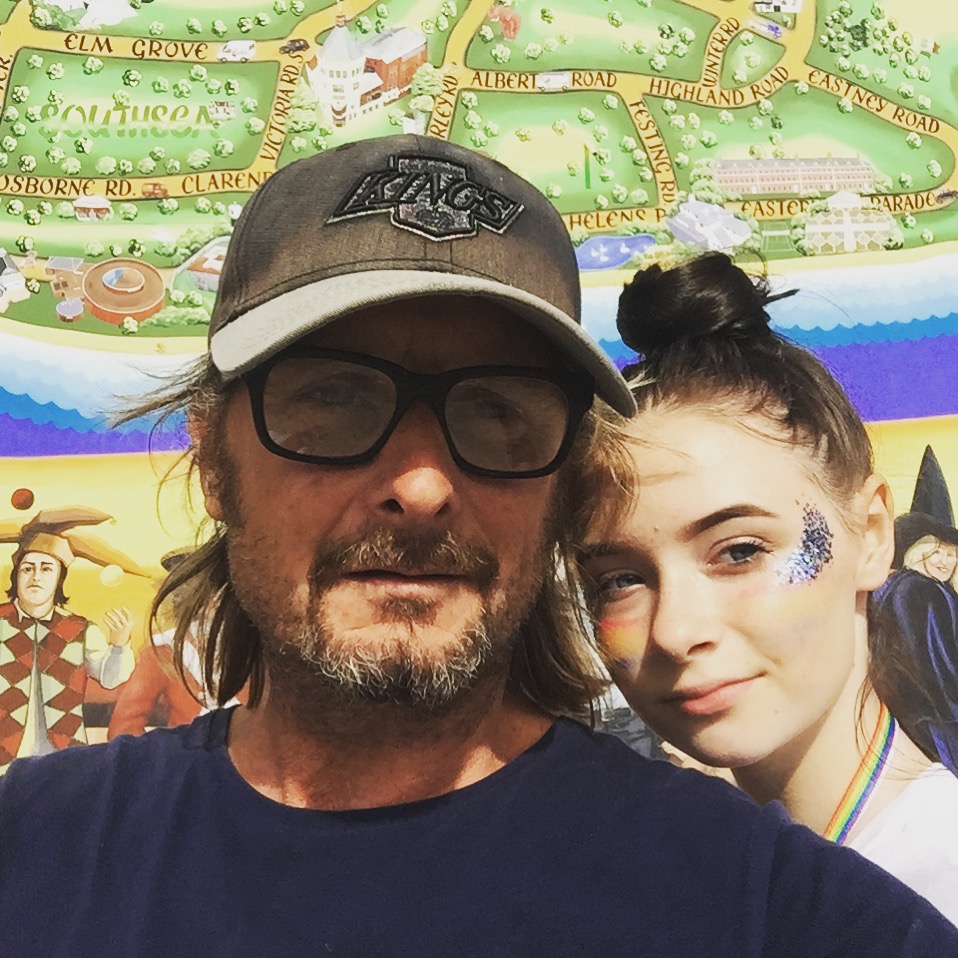 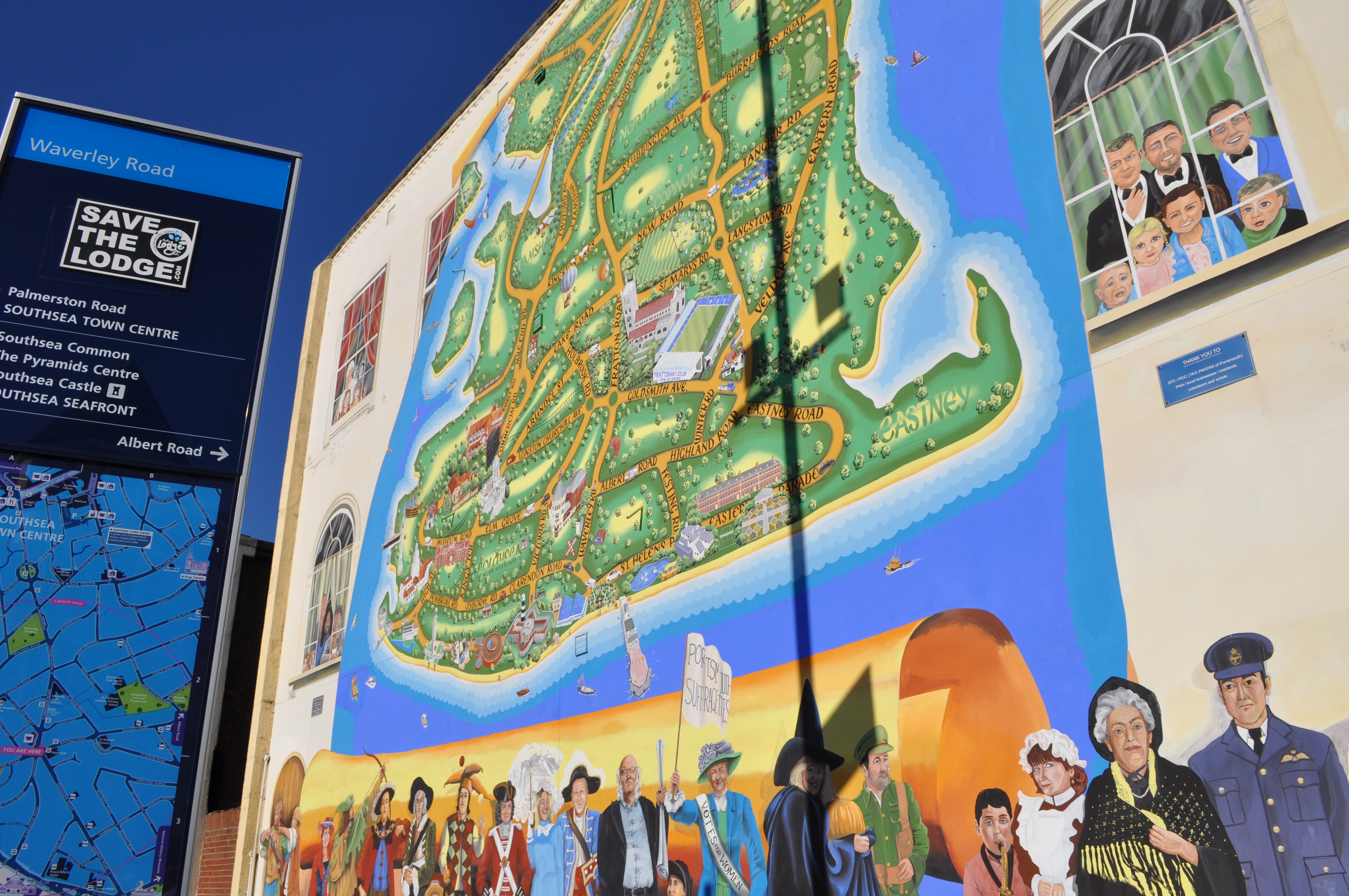 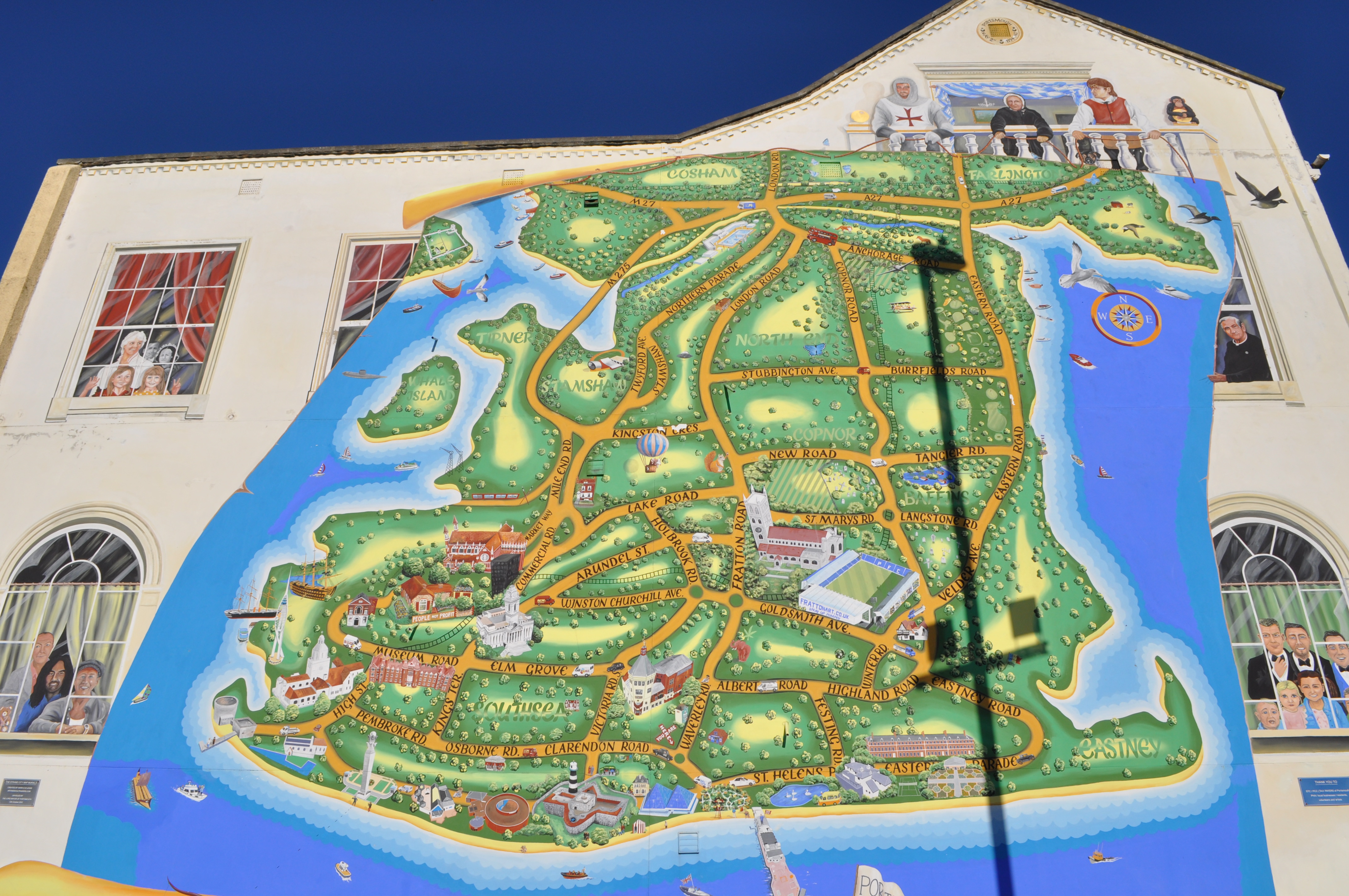 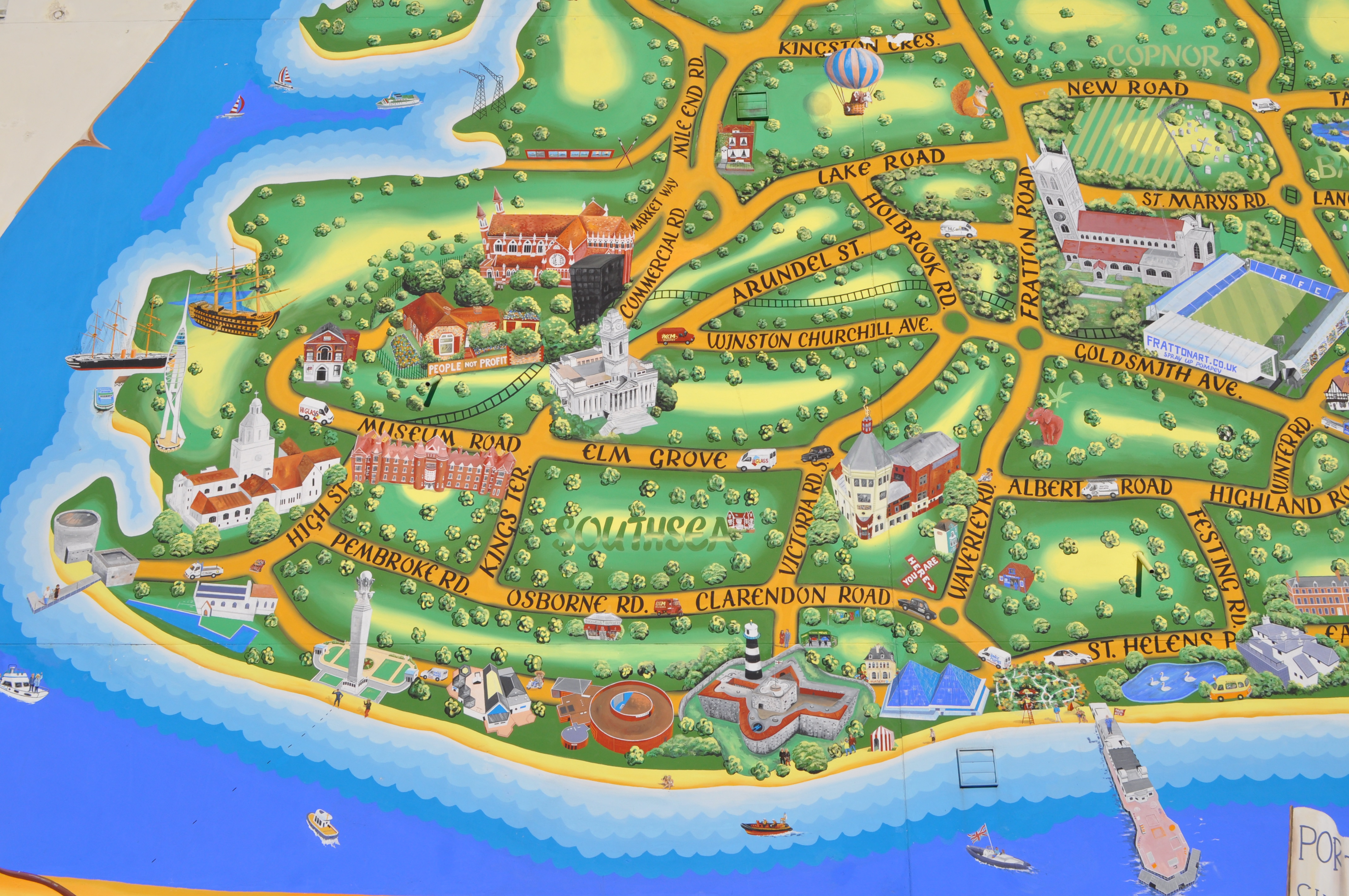 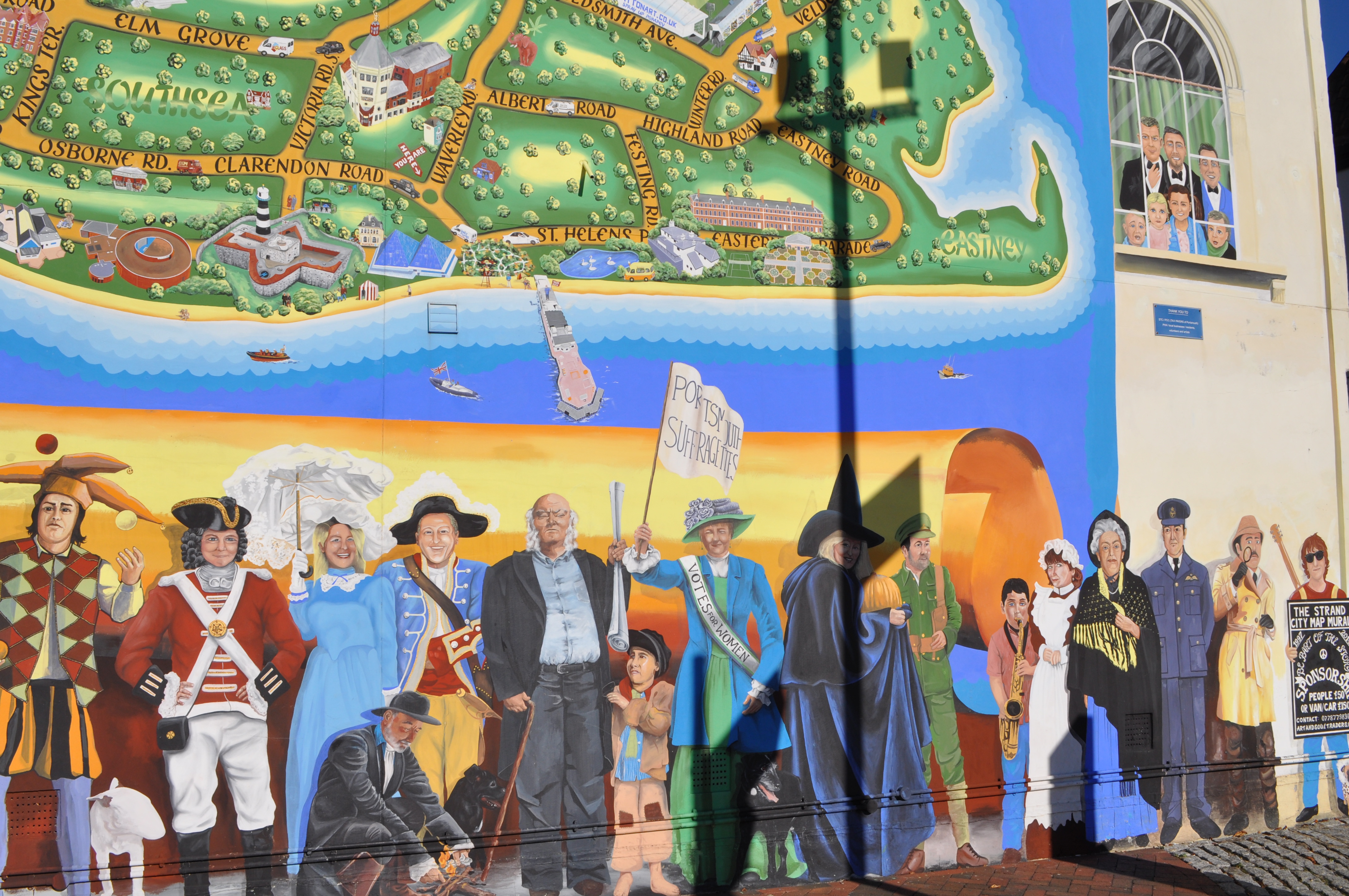 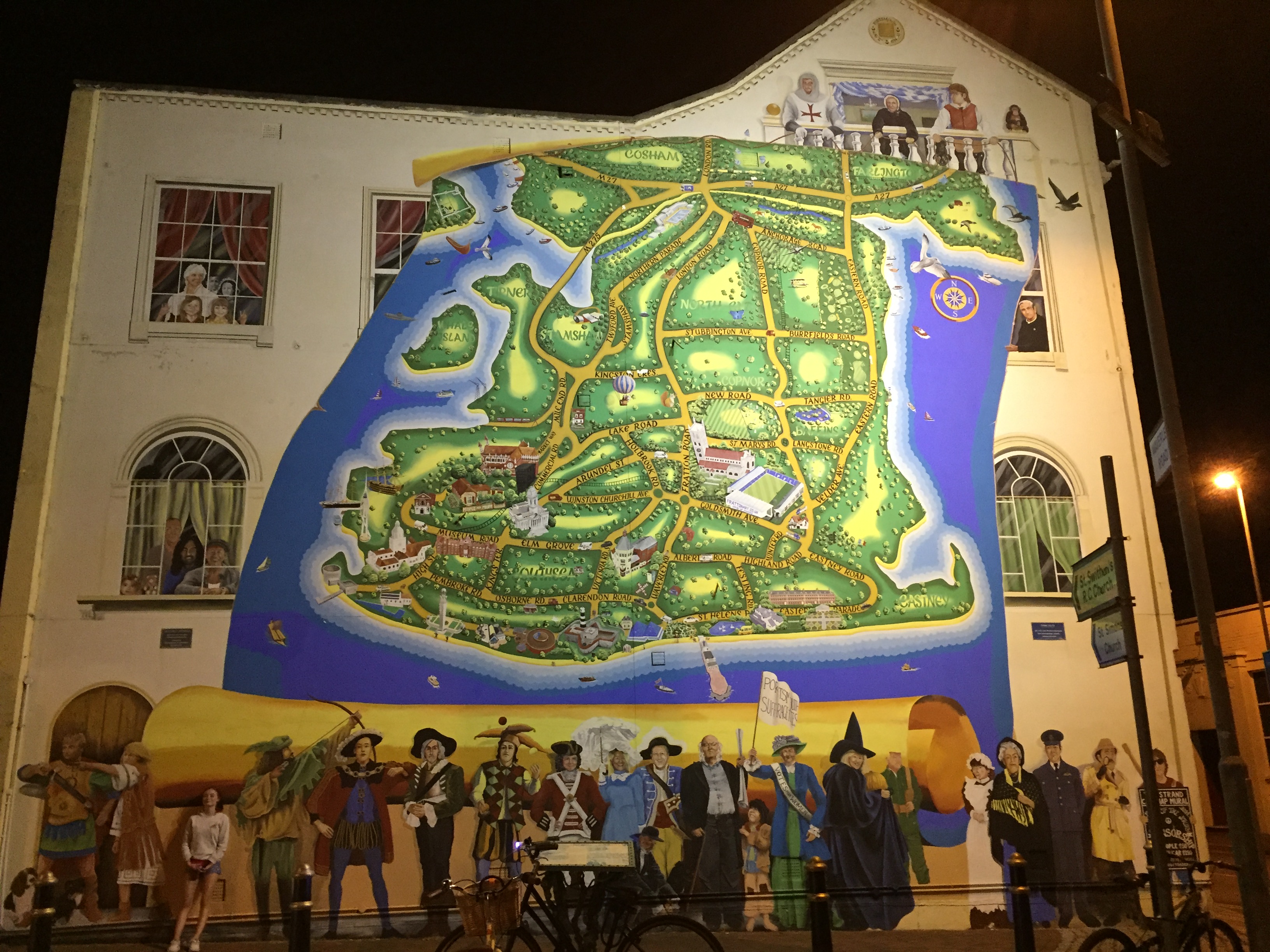 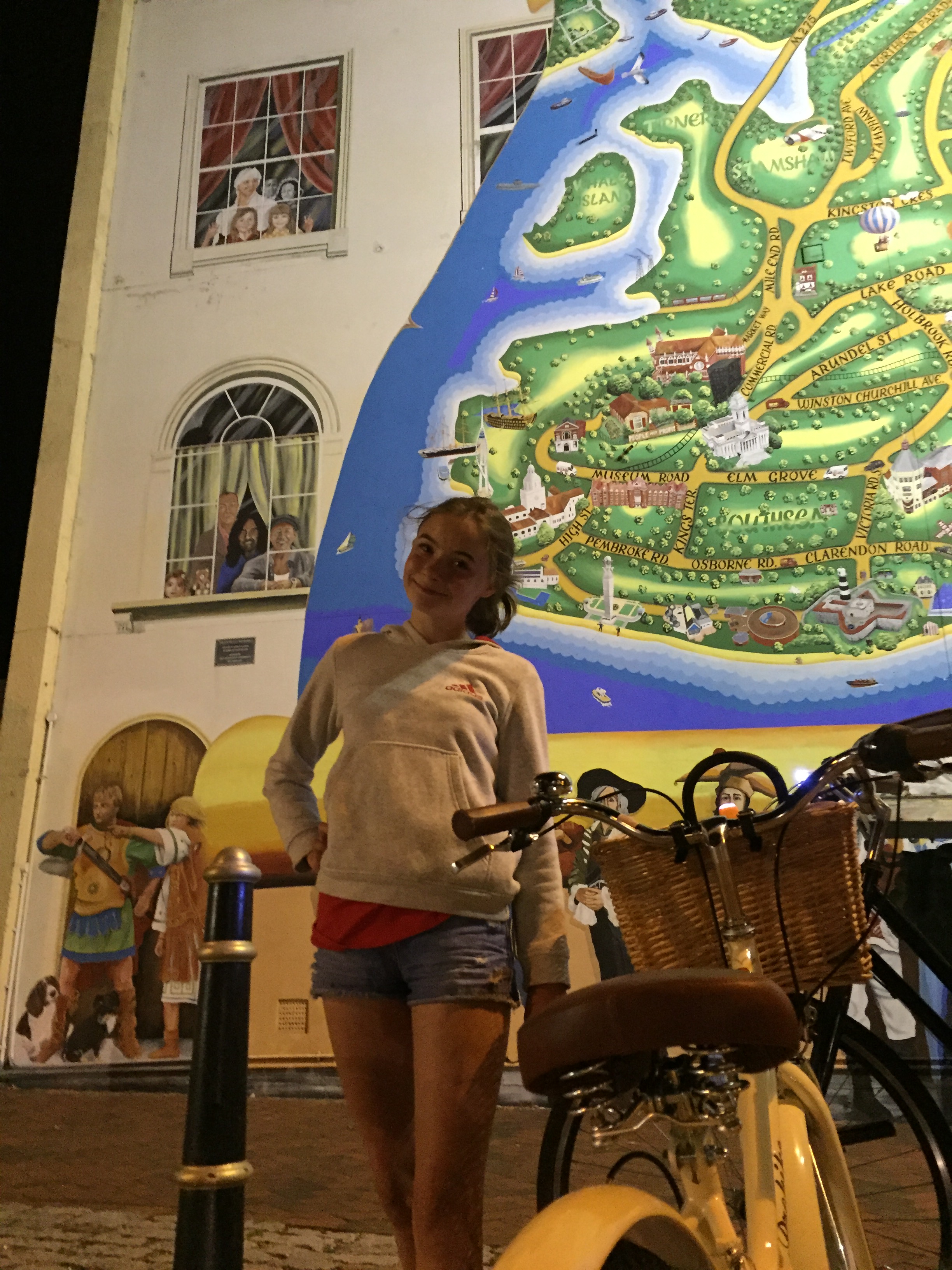 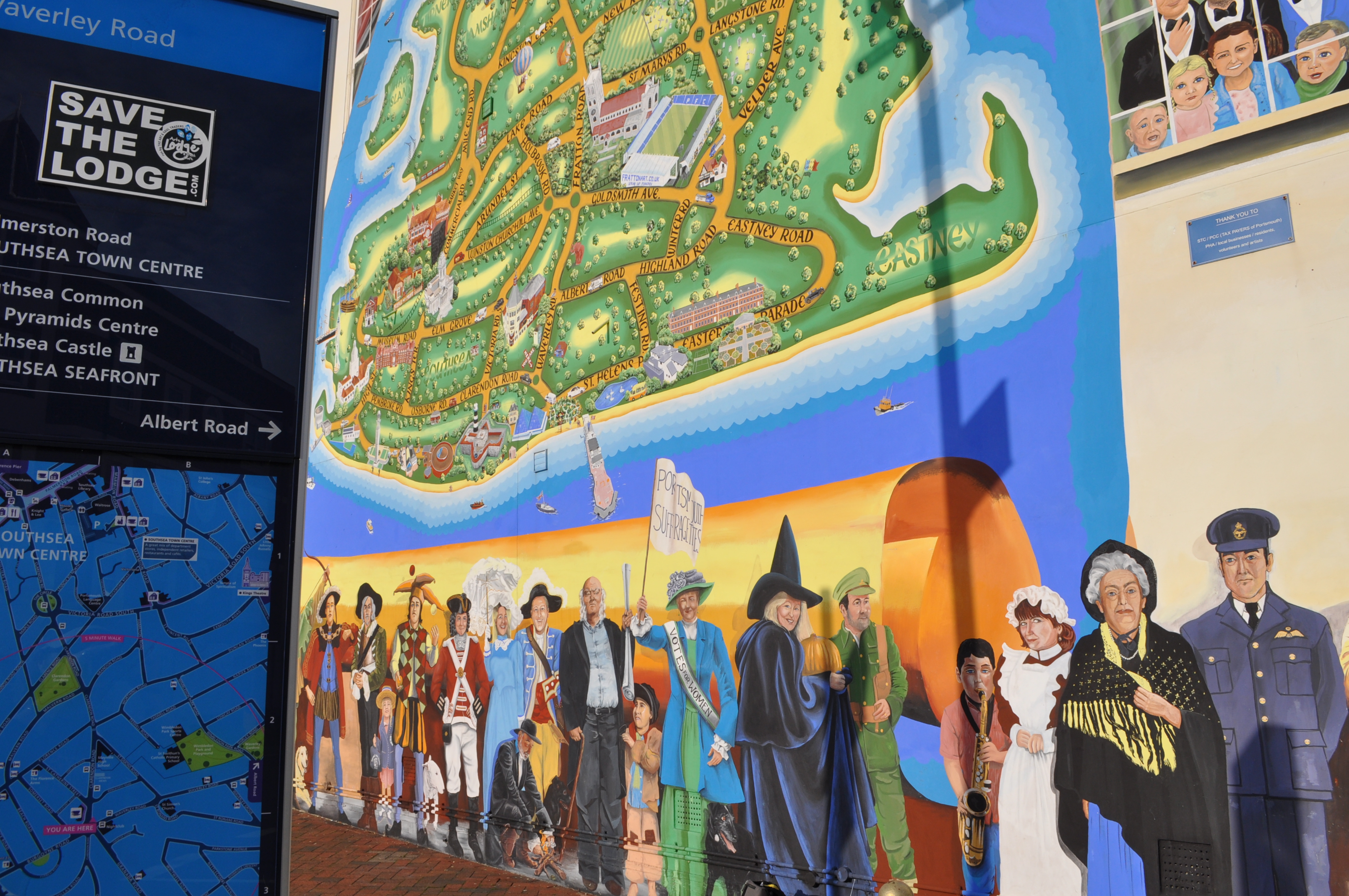 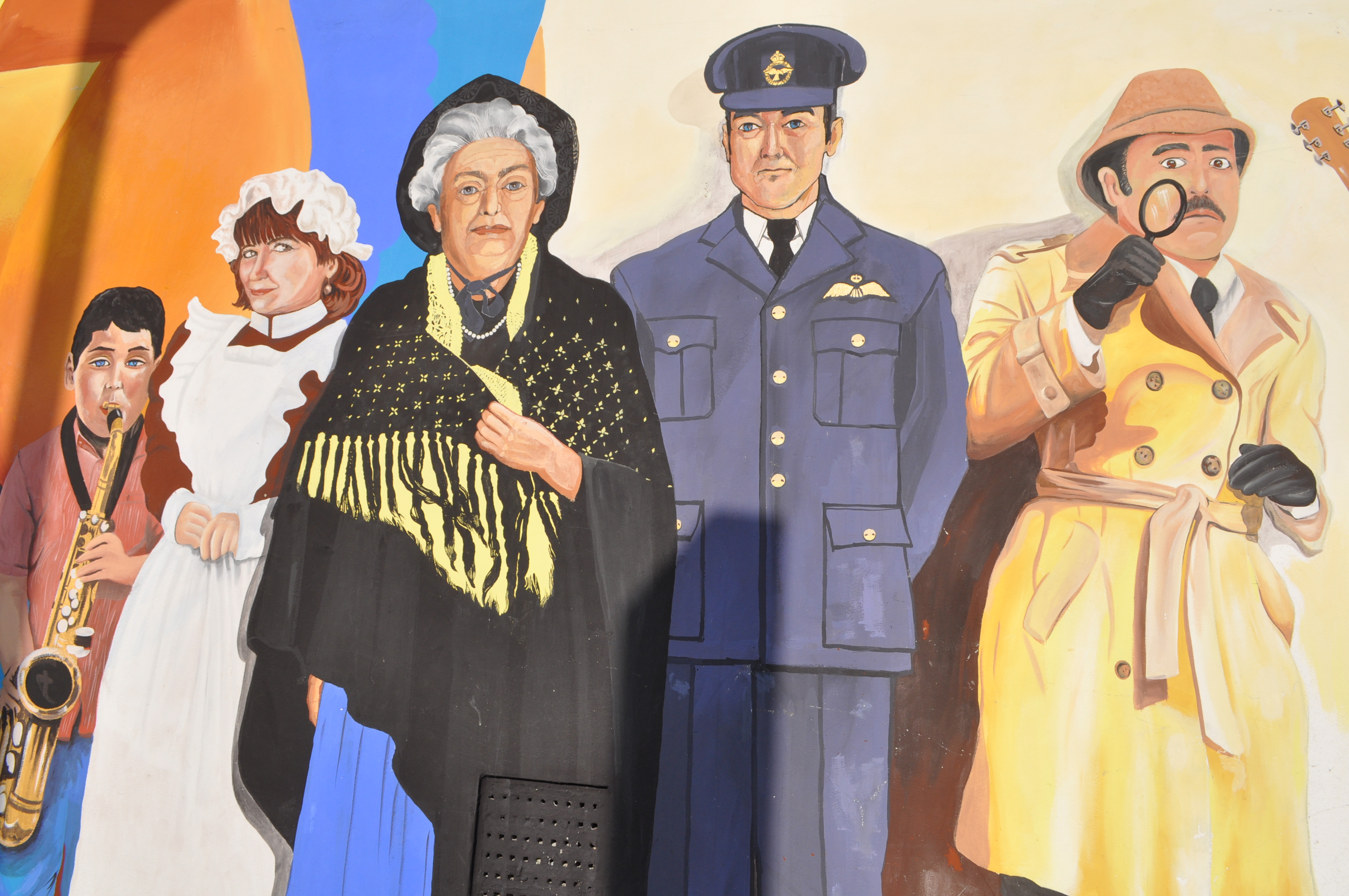 Due to unforeseen circumstances I have been able to get back to my passion of painting public art murals and as this year, which I celebrated 30 years of being a self-taught self-employed muralist and decorative artist.

And this year has been my best year painting murals in all those 30 years due to a mixture of fewer responsibilities and distractions. All my jobs have been in a quarter of a mile radius so walking and riding to work has been blissful and with the best summer since 1976 this year has been perfect weather for outdoor mural painting.

Ok, the exception to the rule was a visit to India early this year to paint some murals so that is a lot further to travel:)

This year has given me time to concentrate on the Strand Map mural in Southsea adding more people, dogs and changing parts I was not happy with. Every time I am down there I always receive more commissions because when people talk with me and realise they too could be represented on there and maybe for over 100 years they get very excited and get booked in for the next slot.

The last few weeks I have painted a Red hat Lady, Mayville School girl, Butcher, and 3 dogs and a boy Nathan playing the saxophone on the lower level and a few people on the beach on the map or on boats and also people in the bottom left side window.

The Strand mural is one of the most famous murals on the south coast not just because it has already cloaked the south gable wall for 20 years but it is also the only never-ending mural in the UK.

I secured a 99-year lease with Southlands Housing association back in 1997 which is still legal and honored by the new owners Vivid Housing. But also I wanted this mural to last a long time so I purchased some of the best paints in the world Keim mineral-based paints that are proven to last over 100 years.

Every time I go past and all the comments from local residents that people are always taking photos of it or themselves in front of the mural really is the sign of a successful public art project from consultations stages to over 150 people being involved in workshops to the informative and interactive theme of the mural.

The council ran a survey after I painted it back in the late 1990s and it concluded that local trade rose by 30%  after the mural imagine how much extra revenue that has created for local businesses over 20 years? well in excess of £1 million!

And with the specialist new render, it looks set to be added to until 2096 at least! obviously, I will not be here but it is set up for the next generation of local artists to showcase their talent. I would love to see the day my daughter is painting on there and even her children? I think that would be a fitting legacy.

I am hoping to receive a small grant soon from the city council to give the whole area some TLC with clean up of the stonework around the area in front, update of the index box, a mural of trees and flowers on the side of the shop that will include the wooden panel above the backyard gate to the flats the mural is on. Also, re-instate a bench for older people to sit down and enjoy the detail on the mural and also add more historical figures to the lower level and more buildings to the map.